Past champions Mat Franco and Kodi Lee returned to perform Wednesday on America’s Got Talent as five acts made it to the semifinals.

Archie Williams, 59, was the first person to make it through to the semifinals during the one-hour results show on NBC.

The 59-year-old singer, who called being voted through by America ‘wonderful,’ was one of five acts to make it past the quarterfinals after performing Tuesday.

Reigning champion: Kodi Lee after winning season 14 of America’s Got Talent last year returned Wednesday to perform during the results show that sent five acts into the semifinals

Archie performed Stevie Wonder’s 1976 hit Love’s In Need Of Love Today, and his sober, gravelly tone seemed to carry the weight of the world.

The Baton Rouge, Louisiana resident had endured more than most contestants to get to AGT, having been wrongfully convicted of a rape and murder at age 22 and imprisoned for 36 years.

He grew emotional when learning he’d have another chance to perform for the judges, all of whom had clearly declared themselves fans.

Kelly Clarkson, 38, who filled in for judge Simon Cowell, 60, after an e-bike accident, told Archie he would do well as long as he stayed in touch with his inner storyteller. 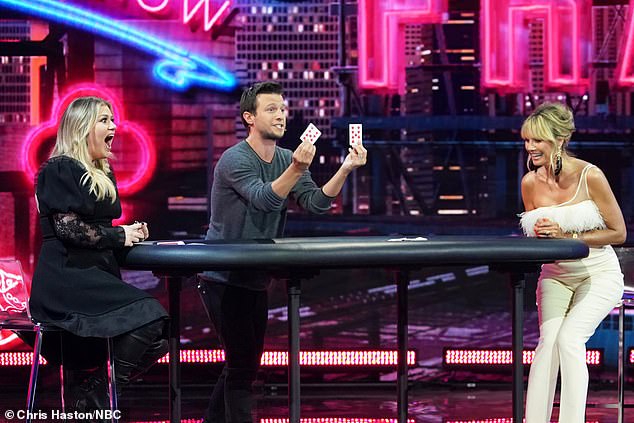 ‘You have such a powerful testimony, and I’m sorry that you even have it,’ she said. ‘But more than ever, we need hope right now, and your story is one of hope and drive.’

After Tuesday’s live show, America voted three acts through to the AGT semifinals, while a fourth was voted on by viewers during Wednesday’s telecast, and the last chosen by the judges.

Shaquira McGrath, a 26-year-old singer from Kennesaw, Georgia, was immediately voted through with Archie, after turning in a stellar cover of Rascal Flatts’ What Hurts the Most. 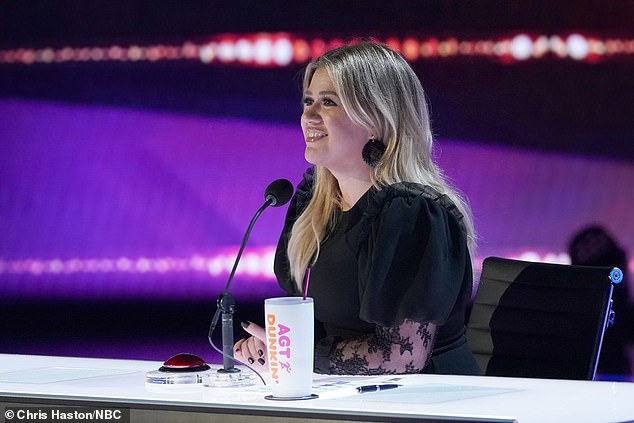 Stepping in: American Idol winner Kelly was filling in for Simon Cowell after his e-bike accident

‘Wooo!’ yelled judge Heidi Klum, 47, pumping her fist as Shaquira’s name was called. ‘I wanted it so bad for you, and here you are.’

The next vote went to Roberta Battaglia, a 10-year-old singer from Toronto who’d last belted Lauren Daigle’s You Say for the judges, and thanked them profusely while sobbing.

New judge Sofia Vergara, 48, had given Roberta her Golden Buzzer during her audition, and initially wondered if she’d made the right choice, but now felt sure that she had. 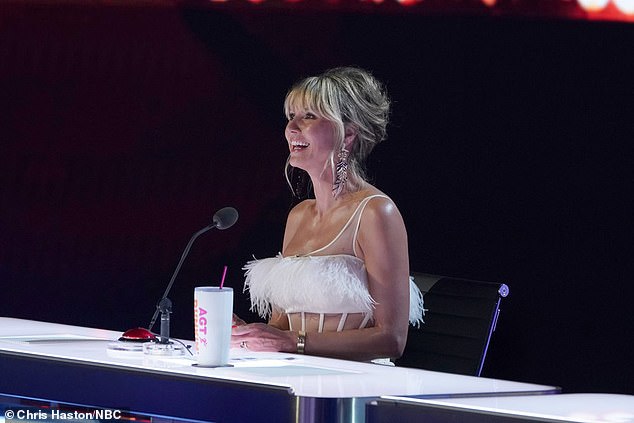 Full support: ‘Wooo!’ yelled judge Heidi Klum, 47, pumping her fist as Shaquira McGrath’s name was called. ‘I wanted it so bad for you, and here you are’

The fourth slot was earned by Brett Loudermilk, a 31-year-old street performer from North Carolina who’d done a complicated crossbow and arrow-swallowing trick on Tuesday.

When Brett’s name was announced, the judges gave him a standing ovation.

‘I wanna say a lot of things I can’t say on camera right now,’ the shocked performer shared. 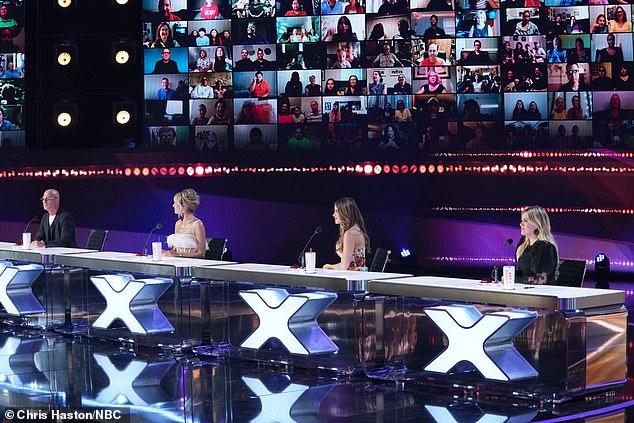 Remote audience: Howie Mandel, Heidi, Sofia Vergara and Kelly were in a studio with a virtual audience

Sofia, who’d twice been part of Brett’s death-defying acts, said she was ‘really happy and really nervous’ to see him go through, and volunteered that she might help him out once more.

The fifth spot required the judges to choose between ukulele prodigy Feng E., 13, and the bilingual twin singers Andrea and Irene Ramos, 31, aka Double Dragon. 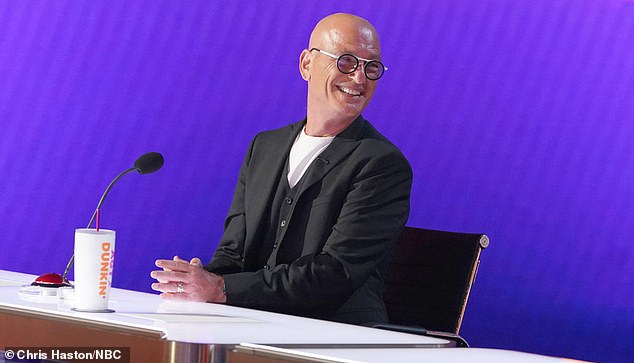 Social distancing: Howie and his fellow judges were spaced out at the judges’ table due to the coronavirus pandemic

‘I have a little soft spot for these Latina girls,’ the actress admitted, as she, Heidi and judge Howie Mandel, 64, voted the sisters through.

In the episode’s biggest surprise, father-daughter daredevils Bello Nock, 51, and Annaliese Nock, 21, did not make the semifinals despite their astounding routine. 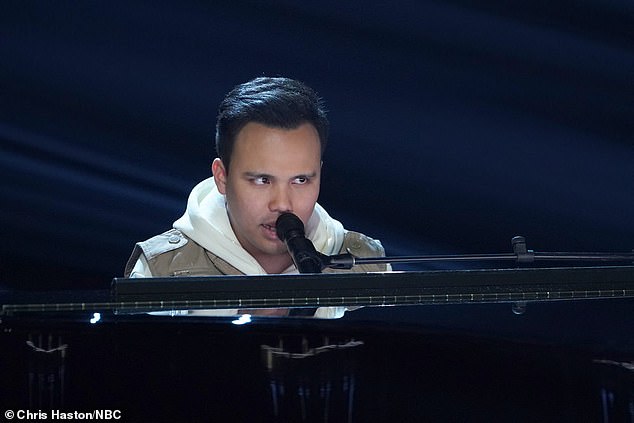 Blind artist: Kodi, who is autistic and legally blind, returned to play the Finneas O’Connell song Break My Heart Again

Also appearing on the show was Mat Franco, a 32-year-old magician who won AGT in 2014 and went on to headline his own show at Las Vegas’ LINQ Hotel and Casino.

Mat performed an elaborate card trick in which Heidi and Kelly each randomly picked and shuffled cards, and the order of their decks ended up identically matching one another.

Eleven more acts will return in next week’s quarterfinals show, where they will vie for the remaining five spots in the AGT semifinals.

America’s Got Talent will return next week on NBC. 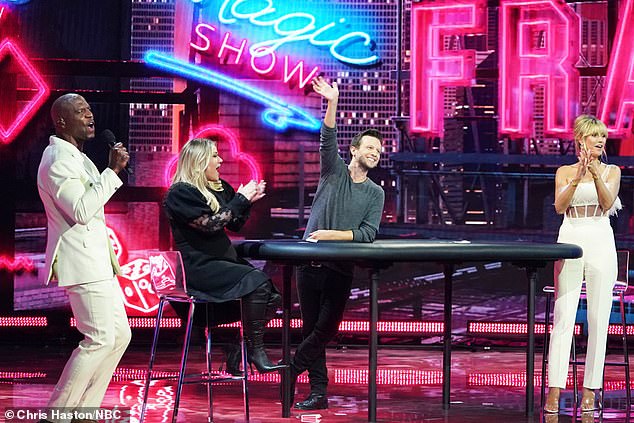 Elaborate trick: Mat performed an elaborate card trick in which Heidi and Kelly each randomly picked and shuffled cards, and the order of their decks ended up identically matching one another