The oldest person in the US, who was born when Theodore Roosevelt was president, has died aged 114.

Alelia Murphy, from Harlem, credited her many years to her faith and abstaining from alcohol.

News of her passing comes just a day after the death was announced of the oldest man in the US, 112-year-old CP Crawford from Chicago. 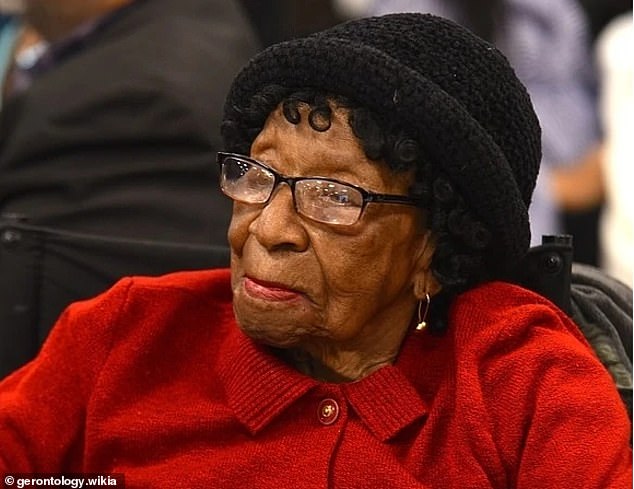 Mrs Murphy, from Harlem, credited her many years to her faith and abstaining from alcohol

Mrs Murphy died on Saturday, according to a healthcare workers union her daughter belongs to.

The 1199 SEIU said in a tweet: ‘It is with great sadness that we share news of the passing of Mrs. Aleila Murphy.

‘Mrs Murphy was the oldest living American, having celebrated her 114th birthday in July, surrounded by her family, friends, community leaders, & members of our AFRAM Caucus.’

At the time of her death, she was believed to be the fifth oldest person in the world.

She only took vitamins and medication for her thyroid and was not affected by other medical issues. 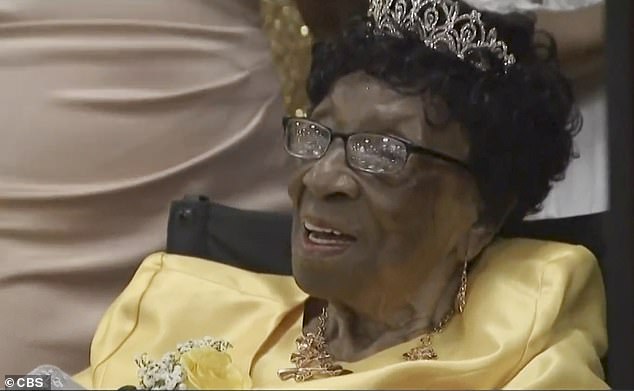 The supercentenarian was born in Carolina in 1905, just a month after Albert Einstein first published articles on his Theory of Relativity 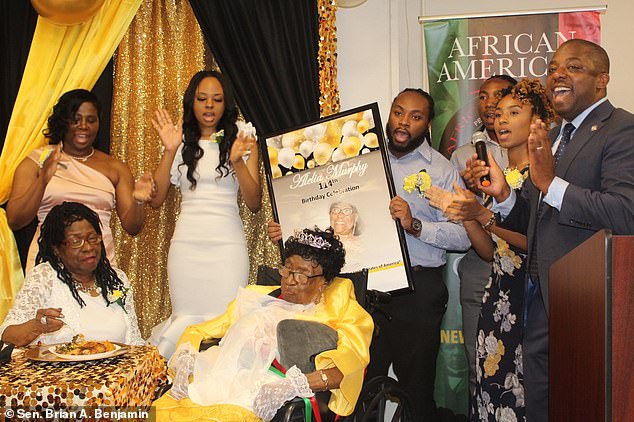 Murphy celebrated her birthday at Harlem State Office building in July, where she was described as a ‘landmark’ 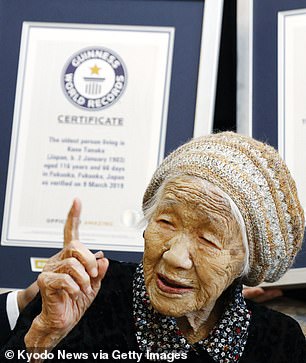 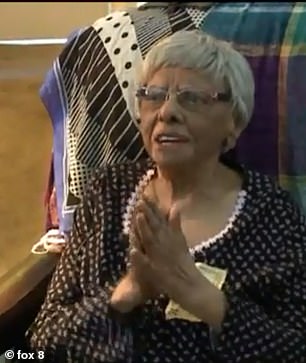 Kane Tanaka (left) of Fukuoka, Japan, is the world’s oldest person at 116. Mrs Murphy became the oldest woman in America after Lessie Brown (right) of Cleveland Heights, Ohio passed away in January at 114-years-old

‘No high blood pressure, no hypertension, no diabetes, nothing like that,’ said her granddaughter Nefer Nekhet.

‘She said her secret is moderation, she eats two vegetables with her meal every night and she says she does things in moderation.

‘God blessing her, that’s the secret to be revealed.’

The supercentenarian was born in Carolina in 1905, just a month after Albert Einstein first published articles on his Theory of Relativity.

In October 1926, Alelia married her hometown sweetheart Furd Murphy and had two children, Frederick and Rose. The couple were together until the death of Furd in 1953.

During her years working, she garnered the nickname ‘The Queen of Sales’ while working at Full Brush Company.

In January this year, she became the oldest living American after Lessie Brown died in Ohio at the age of 114. 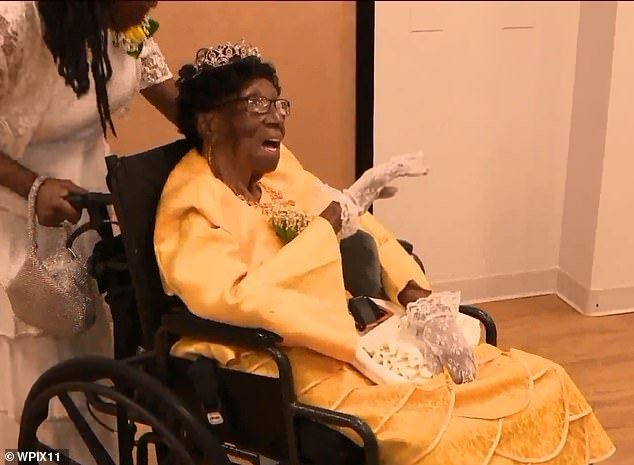 Wheeled-into the Harlem State Office Building for her final birthday, she waved at the crowds of celebrators and clapped during the Happy Birthday song 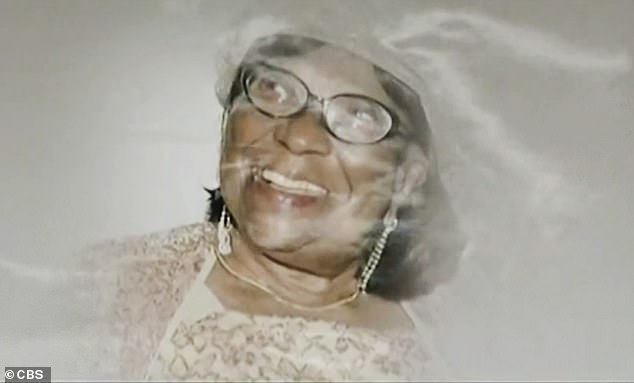 Murphy attributed her longevity to moderation, treating people nicely and believing in God who she believed blessed her

She celebrated her birthday in July with a big bash when she was wheeled into the Harlem State Office building in front of a packed crowd.

The grandmother-of-two lived through both World Wars and seen 20 presidents in the White House.

In her younger years, Mrs Murphy would design hats and loved to dance.

Another favored pastime and skill she passed onto her grandchildren was baking, teaching them to make apple pies from scratch. 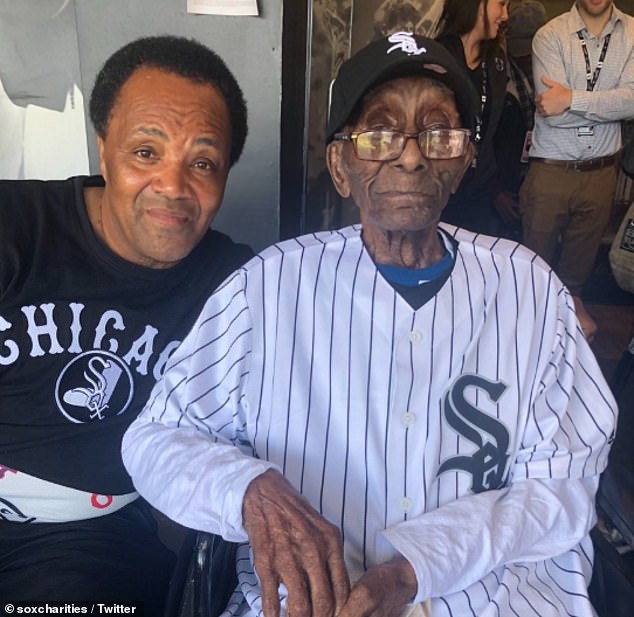 America’s oldest man CP Crawford, a long-time baseball fan, died aged 112 in his sleep at the end of a ‘long and happy’ life

Kane Tanaka from Japan, is the oldest person in the world at 116 years old.

The oldest verified person in history is Jeanne Calment, who died aged 122 in 1997.

Yesterday, it was announced that long-time Chicago resident and White Sox fan, CP Crawford, had died in his sleep aged 112.

He was believed to be the fourth oldest person in the US and the oldest man.