In a new report, the rights monitor said that on December 4, Nigerian air force planes fired “warning” rockets on villages in the northeastern state of Adamawa as nomadic herdsmen clashed with farmers.

After decades of government inaction, skirmishes over resources between nomadic herders and farmers have turned into blood feuds and threaten to morph into something even deadlier.

“Such reckless use of deadly force is unlawful, outrageous and lays bare the Nigerian military´s shocking disregard for the lives of those it supposedly exists to protect,” Ojigho said.

The International Crisis Group think tank has warned the violence is becoming “as potentially dangerous as the Boko Haram insurgency in the northeast”.

The tit-for-tat attacks have killed an estimated 549 people in 2017 and 168 people in January this year, according to Amnesty.

President Muhammadu Buhari’s government has been criticised for failing to bring the perpetrators of the violence to justice.

“The frequent deployment of soldiers has resulted in many cases of excessive use of force, unlawful killings and extrajudicial executions throughout the country,” Amnesty said.

The Nigerian Air Force dismissed the report as “unfounded allegations” and “lies”.

In a statement on Tuesday, spokesman Olatokunbo Adesanya said that the air force was never involved in settling any herdsmen-farmer clashes in the area.

Adesanya said that “hundreds of people, mostly dressed in black attires, and who appeared armed, were sighted ransacking and setting a village on fire”, reflecting the official stance that Boko Haram jihadists had infiltrated the ranks of the herders.

The Amnesty allegations come a year after Nigeria launched a botched air strike on the village of Rann that killed 112 people. 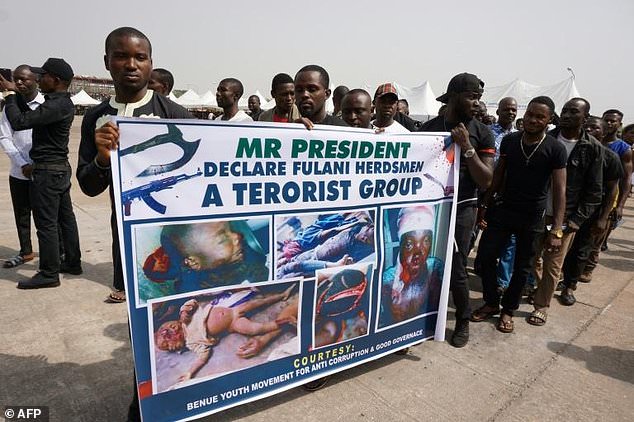 The military plays a major role in shaping policy in Nigeria, one of Africa’s largest oil producers that only became a democracy in 1999 following decades of military rule.

Current President Buhari is a former general and served as a military head of state in the early 1980s after seizing power in a coup.

International rights groups have repeatedly alleged that the Nigerian military has committed war crimes in the battle against Boko Haram Islamists.

Other security operations, including against Shiite Muslims in the northern Zaria state and oil militants in the Niger delta, have also been criticised for being heavy handed.