An private boarding school in north Yorkshire is under lock down after reports of a ‘threat’ on its grounds.

Pupils at the leading Roman Catholic Ampleforth Abbey and College are being cared for, according to the school.

In a statement from one of the school’s boarding houses this evening said: ‘The events of this evening have all come to an end – all quiet in house.’

The incident is believed to have occurred sometime after 10pm.

The fee-paying boarding school is run by monks

In a message posted to the school’s website Headmaster Father Wulstan wrote: ‘We have been advised of a possible threat to the school. We are working in full collaboration with the police, and have initiated our lock down procedures and our critical incident plan.

‘All is currently calm and all students on site are safe and accounted for. We will issue further updates as and when we are able to do so. 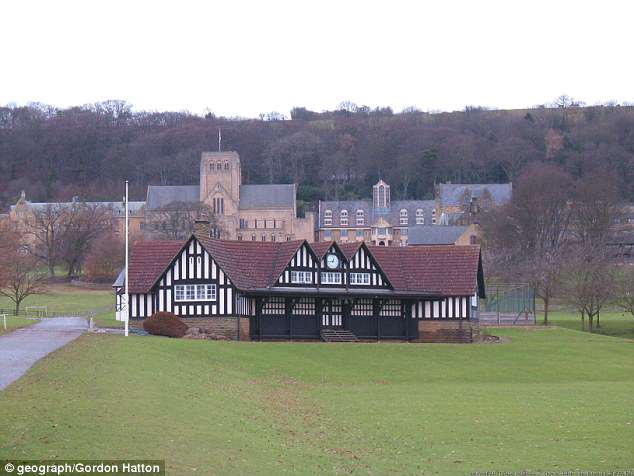 £33,000-a-year Ampleforth College, in North Yorkshire, is under lock down

In another message, this time from St Thomas’s House, the school said added: ‘Parents have all been emailed an update on proceedings – settling down for the evening.’

Ampleforth Abbey is both a school and a a 200-year-old religious community, and is run by the St Laurence Education Trust.