A fitness fanatic who was forced to give up running after a snowboarding accident has revealed he chose to have his injured leg amputated so that he could run once again.

In the blink of an eye, Charlie Lewis found his would-be rugby career destroyed when he was 19 after he careered off a mountain in the French Alps during a skiing holiday and broke the limb in several places.

Across the next 12 years, he had 15 operations in a desperate bid to save his right leg – but it ultimately cost him £100,000 and at times almost his health and sanity as he turned to drink to cope with the excruciating pain.

Now, due to the amputation and a prosthetic blade, the 32-year-old Londoner has his sights set on smashing the world record for the fastest amputee marathon runner.

Charlie’s battles also inspired him to quit his corporate job to get out of the ‘rat race’ and he is now travelling the world.

He told MailOnline: ‘I always loved to run – to me it’s complete freedom and what a human being is designed to do. But I had to completely give up impact sport after the accident.

‘I had got into school on a sports scholarship and had wanted to pursue a career in professional rugby. The injury was hard because sports was all I knew.

‘I found some salvation in cycling afterwards but it didn’t fill the void that running does for me. It sounds like a cliché, but it’s only when you’ve had something taken away that you realise just much it means.

‘It got to the point after 12 operations when I knew by losing my leg I would gain so much more.’ 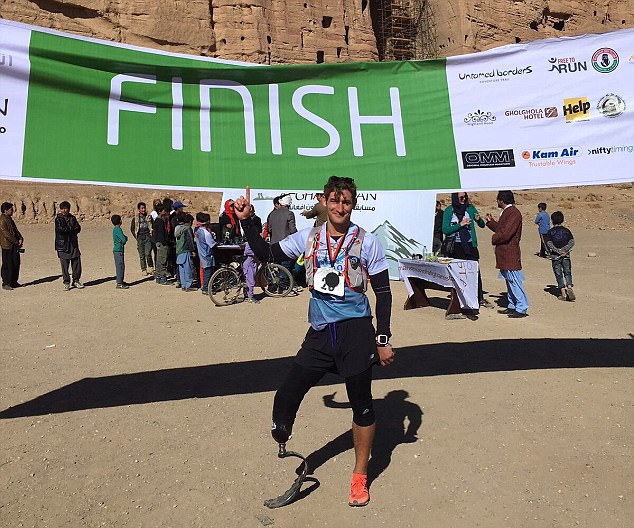 In February 2004, Charlie was snowboarding in the back-country in Val d’Isère ski resort, when he ‘quite literally fell off the mountain’.

He said: ‘There was mounds of debris from an avalanche which I hit with real force, then tumbled for 50 metres.

‘I’d never broken anything before but I knew something wasn’t right when I looked at my knee and foot facing opposite directions.’

In shock, he says he didn’t initially feel any pain until after he’d been helicoptered to hospital where he was operated on immediately.

Once back home in London, within weeks he was back in hospital and going through the first of the four major reconstructions.

Unfortunately, by 2012, the leg that was so delicately held together by pins had, once again, started to fail – and it brought Charlie to a real low point. 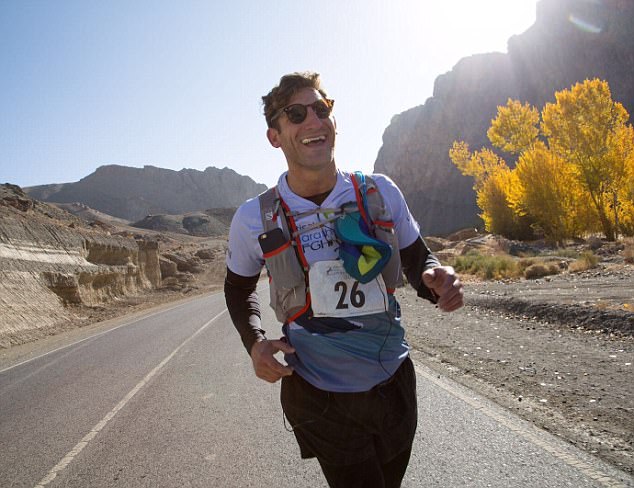 He remembers sitting by the side of the road in despair and the ’embarrassment’ he felt that he hadn’t made it to the top.

Then his leg deteriorated so much that he spent two years straight in and out of hospital and permanently on crutches.

He said: ‘I could barely move. I was dosed up on a lot of prescription drugs and I drank too much for a good year and a half to block out the excruciating pain.

‘You don’t realise at the time but I look back now and realise I really wasn’t in a good place and could have drank myself to death.’

Charlie says he’d considered the idea of amputation over the years, but he’d been talked out of it by doctors.

‘Orthopaedic surgeons are fixers – they like to fix bones – and I was convinced to try one more operation,’ he explained.

But as well as the emotional cost, the financial cost of trying to fix his leg was great too. 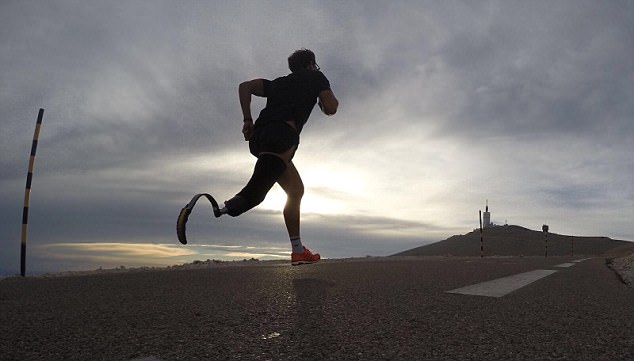 He said: ‘I wasn’t dying so while I could have got help on the NHS, there were waiting lists so I’ve had most of my operations privately.

‘I’ve been super lucky in that some great friends and my employers helped me out.’

And so Charlie made the decision to pay £10,000 for an amputation in 2014 – which he hoped would be his final operation.

‘It felt like me finally taking control of the situation and indeed my own destiny.’

On 8 January 2014 – his 29th birthday – Charlie hobbled into Charing Cross hospital and had his lower right leg removed.

It was a bumpy first year as Charlie adapted to life as an amputee. Six months after the removal, he had to have a minor reconstructive operation – and still hadn’t managed to run yet because of the complication.

Yet four weeks after this surgery, he was given his first proper weight-bearing prosthetic – and he headed straight to the south of France with his bike. Shortly after, he received his first running blade.

‘It was fitted on the Friday and I bounced on it that same day and then raced my first triathlon on the Monday,’ he said.

‘Finally after 12 years I could run again, and it triggered me thinking… how much further would I be able to run, and how much faster could I do it?’

Last year, Charlie managed to race a 10k with an unexpected personal best of 38:04.

He took part in his first sprint triathlon then competed in the Pyongyang Marathon in North Korea last April, followed by the St Polten IronMan 70.3 in Austria a month after.

When he ran the Afghanistan Marathon last November and came second, it was an achievement he never dreamt he’d make when he was almost drinking himself into oblivion.

Now he is aiming to take the world record for fastest amputee marathon runner in the London Marathon 2018 – which he would have to finish in under 2 hours 56 minutes.

Israeli runner Eitan Hermon, who lost a leg in the 2006 war in Lebanon, broke the world record for single-leg amputee runners at the annual Vienna marathon in April.

Charlie will practice his speed in the adidas City Runs Shoreditch 10K in October and plans to compete in races abroad as he’s travelling.

He said: ‘I still need another minor corrective surgery but I’m determined.

‘I’m 32 and I have no house because I had to spend my deposit on surgery. But I’m enjoying the freedom of running and travelling.

‘I’ll keep on running – and, when it hurts and my motivation is low, I’ll remember just how far I’ve come and how much further I’ve still got to go.’

Join Charlie at the adidas City Runs Shoreditch 10k by signing up here.