Amy Adams put on a stylish display as she stepped out with family on Friday.

The 43-year-old actress was photographed in Beverly Hills with husband Darren Le Gallo as they dropped off daughter Aviana at a martial arts class.

Feminine chic: Amy Adams looked lovely as she stepped out in Beverly Hills on Friday with husband Darren Le Gallo

Actor Darren, 43, kept it casual in black sweats, a black T-shirt and a dark grey jacket.

Meanwhile, Amy is reportedly set to star in upcoming drama The True American.

The Arrival actress is said to be in talks with Annapurna Pictures over a role in the big screen adaptation of Anand Giridharadas’ non-fiction book of the same name, set in Texas in the days after the 9/11 terror attacks.

According to Variety, the Nocturnal Animals star is in negotiations to appear in the film, which will be produced by Annapurna, although it is thought Amazon Studios could be taking over the financing and distribution of the project. 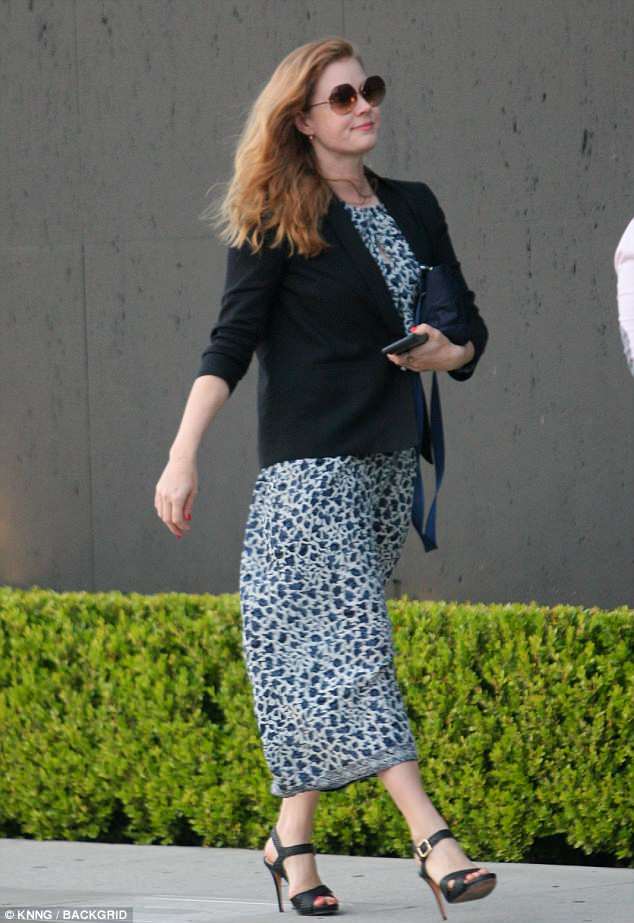 As reported by the publication, the deal has not yet been confirmed as Amy is said to be trying to work her schedule around HBO series Sharp Objects, which she is producing as well as starring in.

Jackie filmmaker Pablo Larrain is set to direct The True American, while it’s said Mark Ruffalo and Kumail Nanjiani are in talks to join the cast.

The film will tell the story of Muslim immigrant and Bangladesh Air Force veteran Rais Bhuiyan, who survived a killing spree in the aftermath of 9/11 which took the lives of two other immigrants.

Bhuiyan worked at a convenience store in Dallas to establish himself in the US, and wanted his attacker Mark Stroman – who called himself the Arab slayer – to be spared from execution. 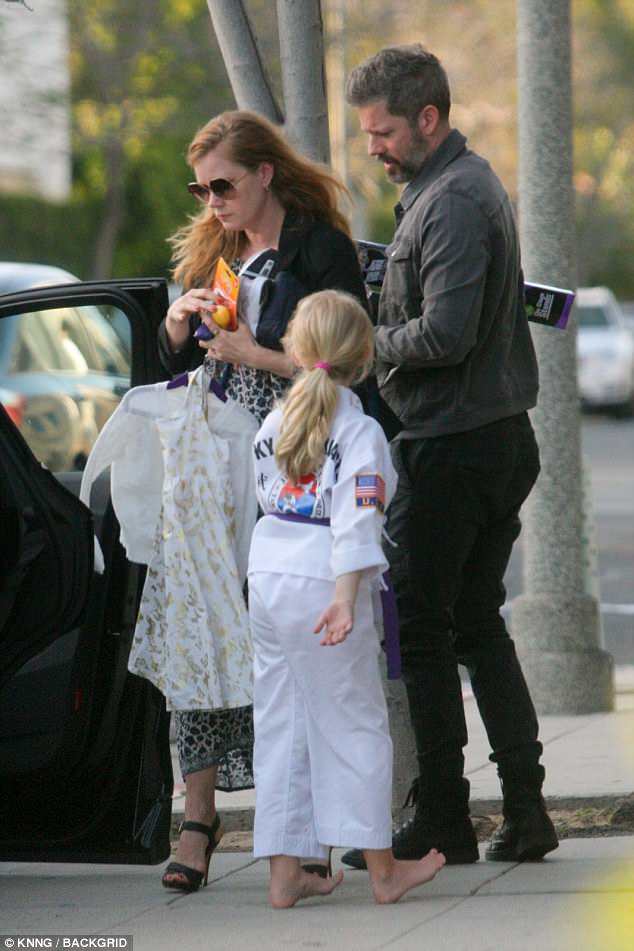 Out and about: The 43-year-old actress was seen dropping off daughter Aviana at a martial arts class