The Good Morning America anchor describes waking up in a sweat, suffering severe hot flashes and feeling two decades older as a result of menopause triggered by chemotherapy treatments.

Robach was diagnosed with stage 2 breast cancer after undergoing a mammogram live on air in 2013 and five years later she is still feeling the side effects from cancer.

While menopause usually begins in a woman’s 50s, the mother-of-two is one of millions of women who experience symptoms early and is opening up about the natural transition of aging. 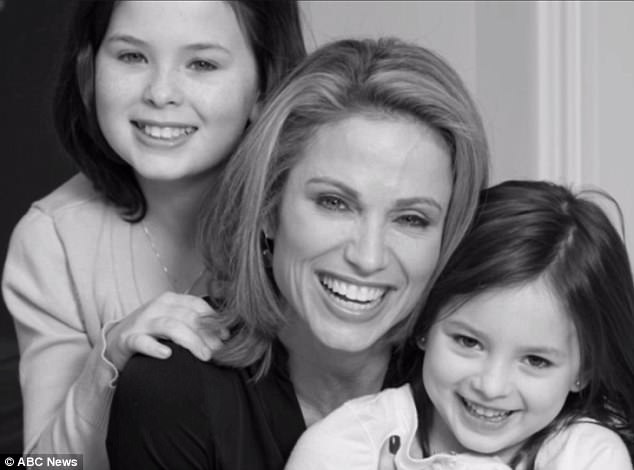 The mother-of-two went through early menopause as a side effect of chemotherapy and still experiences hot flashes, sleepless nights and night sweats

Menopause marks the end of a woman’s reproductive cycle when her period stops permanently due to a decrease of estrogen and progesterone hormones.

It is a normal part of a woman’s life, typically occurring between 45 and 60.

However, about five percent of women naturally go through early menopause as early as 30 and others are triggered by smoking, hormonal medicines or treatments, such as chemotherapy.

Some women who experience menopause too early, miss the chance of having children and starting a family.

After undergoing a double mastectomy and eight rounds of chemotherapy, Robach stopped menstruating and was placed on medication to keep her in the state of menopause for at least 10 years.

During chemotherapy, women may have irregular menstrual cycles or stop menstruating altogether, apart from menopause.

But medications used in chemotherapy can cause damage to the ovaries, resulting in menopausal symptoms or menopause.

Because her type of cancer was fueled by estrogen, doctors were encouraged to keep Robach on medication that strips her body of the hormone to reduce the risk of the cancer returning.

‘After going through cancer treatments, I thought menopause would be a breeze, but I wasn’t prepared for how constant and powerful the symptoms would be,’ Amy wrote for ABC.

Now being in remission for four years, Robach is opening up about her crippling symptoms.

‘My hot flashes come on fast and strong and I find myself filled with anxiety in the most inconvenient places wanting to rip off my clothes: on planes, in restaurants, in the grocery store and sometimes just walking down the street,’ she wrote.

She explains how her husband cannot cuddle her for more than two minutes without overheating and she dresses in layers to make it easy to strip down when a hot flash comes on.

Robach adds that taking the hormones makes her feel two decades older than she is, drying her skin and crushing her energy. 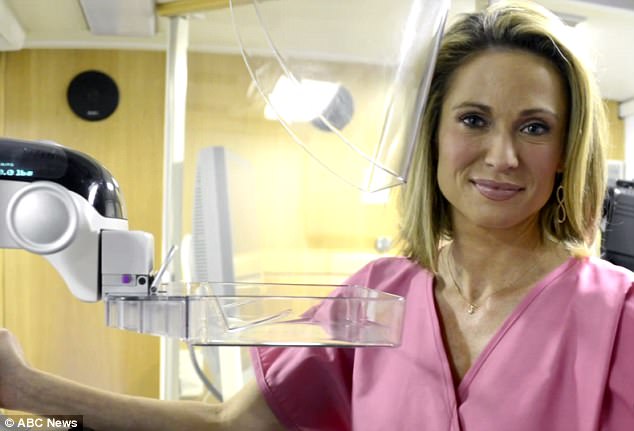 These symptoms have been linked with anxiety and depression, which can go untreated in women who confuse their symptoms of depression with aging.

Some will experience mood swings and irritability as their hormones begin to decrease.

A recent study from England showed that 61 percent of women suffer from anxiety due to the symptoms of menopause and 33 percent said their mood was affected, triggering sudden emotional outbursts.

While some women’s symptoms will go away naturally, many are given anti-depression medication and hormone therapy to quell the symptoms.

Research shows that a third of women going through menopause feel embarrassed by their symptoms and suffer in silence.

Robach says: ‘Let’s make menopause something we discuss with each other, with our daughters. Let’s prepare them for the natural transition that menopause is and give them and each other the proper tools to understand it.’