Milano posted a lengthy statement on Facebook Wednesday slamming the company for it’s ‘shocking’ response to female farmworkers telling the Huffington Post that conditions in the fields are brutal and inhumane.

Former farmworker Antonio Martinez told the outlet that female workers are often asked to do sexual favors and are fired it they refuse or complain. Martinez said she worked for 15 years picking tomatoes in Florida that were then used in Wendy’s restaurants. 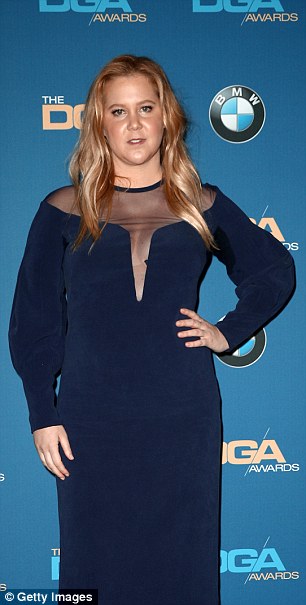 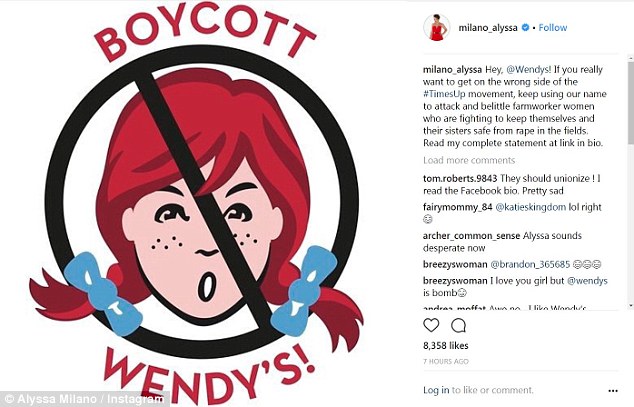 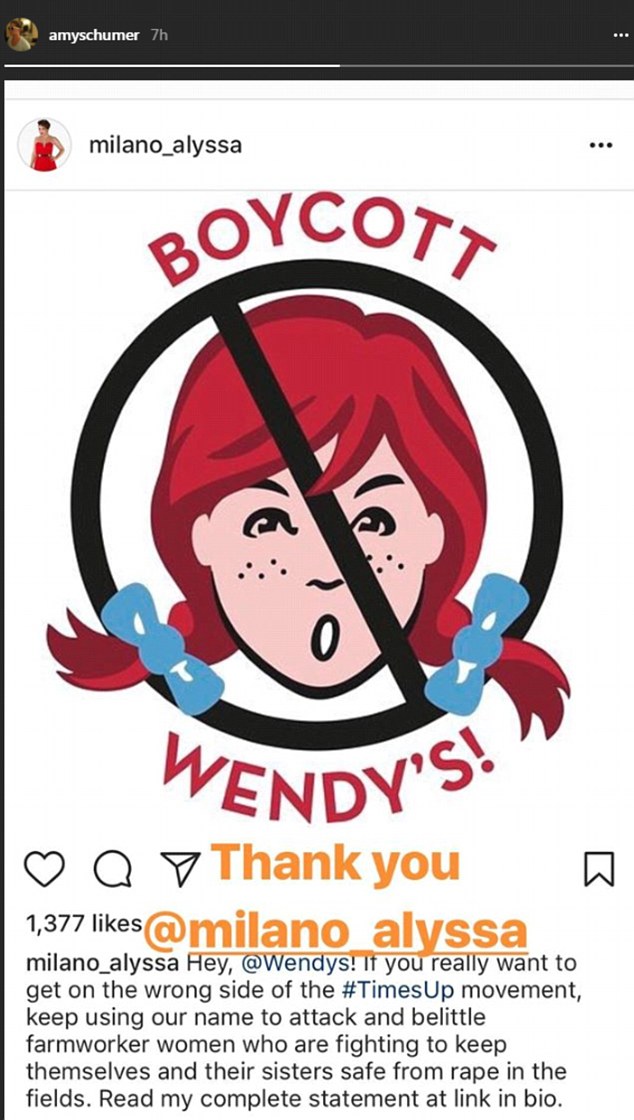 Heidi Schauer, a spokesperson for the company brushed off the claims telling the Huffington Post that the farmworkers boycotting are ‘trying to exploit the positive momentum that has been generated by and for women in the #MeToo and Times’s Up movement to advance their interest’.

‘Wendy’s, this is very simple: These women are the #MeToo movement. The Time’s Up movement was created in part to “lift up the voices, power, and strength of women working in low-wage industries”. To suggest that farmworker women … are somehow unwelcome intruders in the fight for dignity and safety for women is downright absurd and unbelievably offensive,’ she said in a Facebook post.

‘I stand with our sisters in the fields, and applaud their efforts to expand the new protections guaranteed in the Fair Food Program to the millions more women who are seeking change.

‘And a final word of advice, Wendy’s: If you really want to get on the wrong side of the Time’s Up movement, keep using our name to attack and belittle farmworker women who are fighting to keep themselves and their sisters safe from rape in the fields.’

Schumer applauded Milano’s response sharing a screenshot of the actress’ statement on her Instagram Story and writing ‘thank you’. 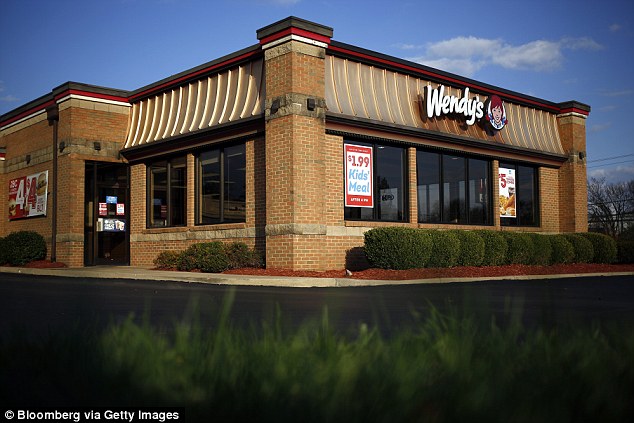 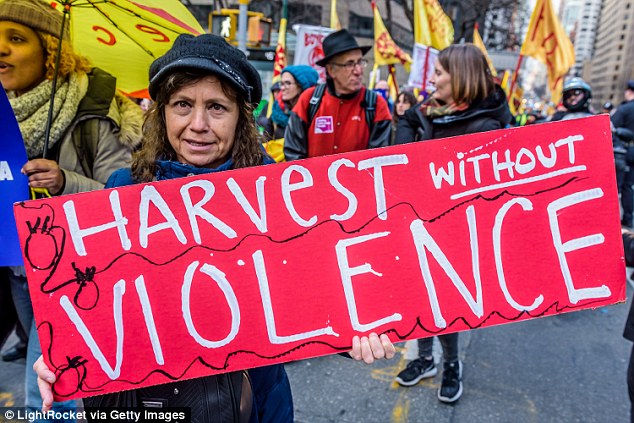 On March 15, farmworkers and their supporters marched in the streets of New York City They are demanding Wendy’s join the Fair Foods Program, which would protect farmworkers 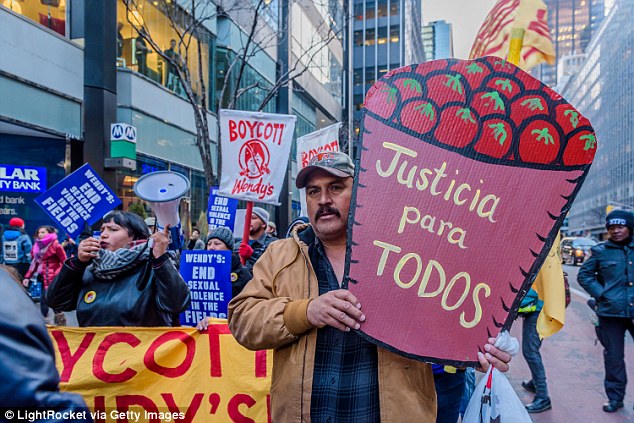 During the march, the farmworkers and their supporters fasted for five days outside the offices of Wendy’s board chairman and hedge fund investor Nelson Peltz

On March 15, female farmworkers and their supporters peacefully protested in the streets of New York City demanding Wendy’s join other fast-food chains in implementing the Coalition of Immokalee Workers’ Fair Food Program.

Workers at the march told the Huffington Post that the program would ensure farmworkers could take breaks and vacations without the fear of being fired.

It will also protect women from sexual harassment and abuse.

Wendy’s refuses to join the program, according to the Coalition of Immokalee Workers.

During the march, the farmworkers and their supporters fasted for five days outside the offices of Wendy’s board chairman and hedge fund investor Nelson Peltz, demanding the company join the program.