The singer’s best friend, 39, has said Cilla star Sheridan, 39, found Amy close to death after she had drunk an entire bottle of Night Nurse and raised the alarm.

The Sun reports even though Amy had been taken to hospital several times, it was the only occasion she ended up at A&E after drinking or taking drugs.

Sad: Tyler James has claimed that Sheridan Smith saved Amy Winehouse’s life after an overdose two years before her death (pictured together)

The Back To Black singer tragically passed away aged 27 on the 23 July 2011 after being found dead in her bed due to alcohol poisoning.

He told the publication: ‘Sheridan saved Amy’s life two years before she died. Sheridan was an angel who always did her best for Amy.

‘She would have been dead years earlier if it hadn’t been for Sheridan. I will always be grateful to her because she gave me that extra time with Amy. 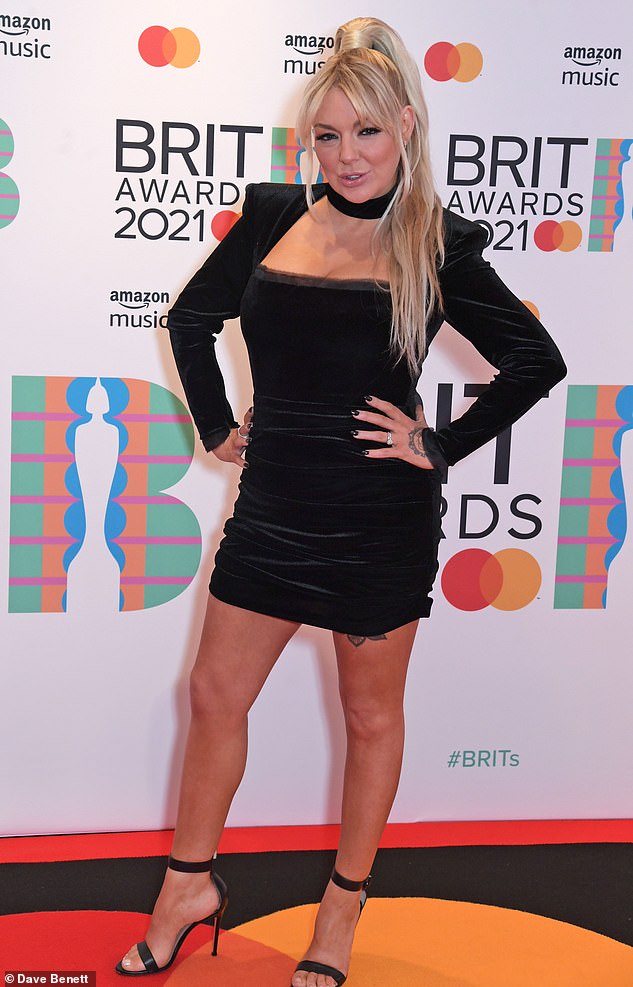 Upsetting: The singer’s best friend, 39, has said that Cilla star Sheridan, 39, (pictured) found Amy close to death after she had drunk an entire bottle of Night Nurse and raised the alarm

‘Sheridan was an amazing friend to Amy. And Amy was to her. They both had demons and mental health issues to face and they helped each other through them. She was a true friend.’

A representative for Sheridan has been contacted by MailOnline for a comment.

Tyler’s new book My Amy tells the story of the icon’s troubled life after the pair met at London’s Sylvia Young Theatre School when they were both teenagers.

Amy and Sheridan first met in 2009 at a live music event and hit it off straight away, Tyler says in the book. 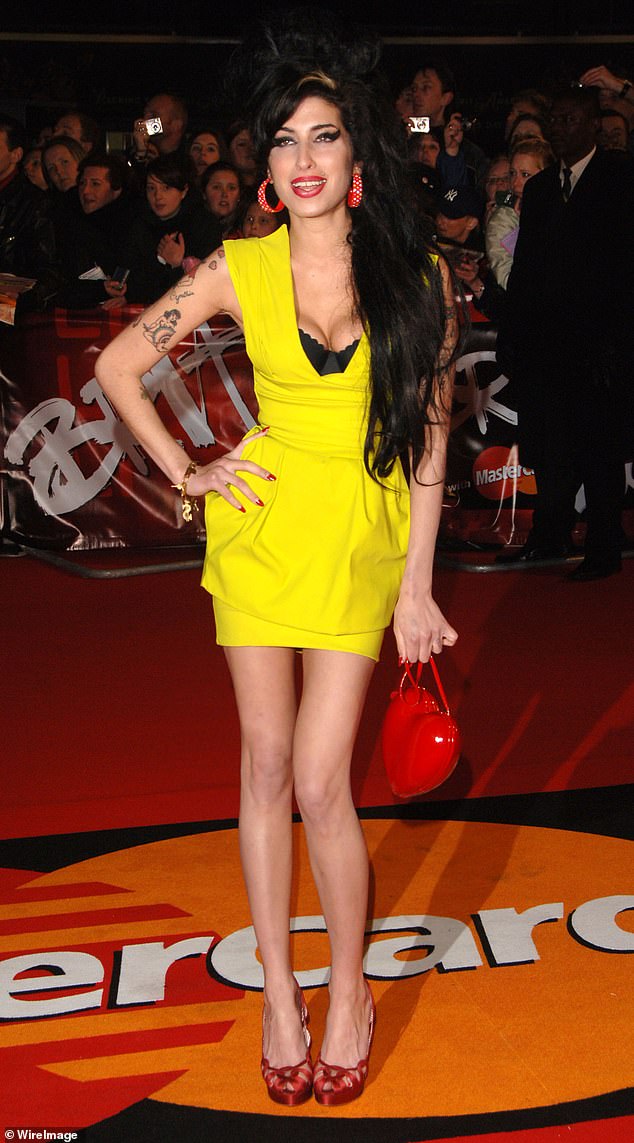 Icon: The Back To Black singer tragically passed away aged 27 on the 23 July 2011 after being found dead in her bed due to alcohol poisoning (pictured in 2007)

He explained how he could remember the day Amy nearly died ‘as though it was yesterday’ after being woken up by Sheridan at 6am who told him there was ‘something wrong with Amy’.

He claims he found her washing up at the sink but her ‘eyes looked like they were asleep’ before he asked Sheridan what Amy had taken.

Tyler says that Amy had drunk an entire bottle of Night Nurse to help her get to sleep but it contained enough paracetamol to kill her.

Tyler and Sheridan then called an ambulance and she was taken to A&E in an ‘incoherent’ state.

He claims if Sheridan hadn’t found her ‘it would have been the end’.

It comes after last month grave questions about the way music industry executives treated Amy in the weeks before her death were raised by Tyler’s new book. 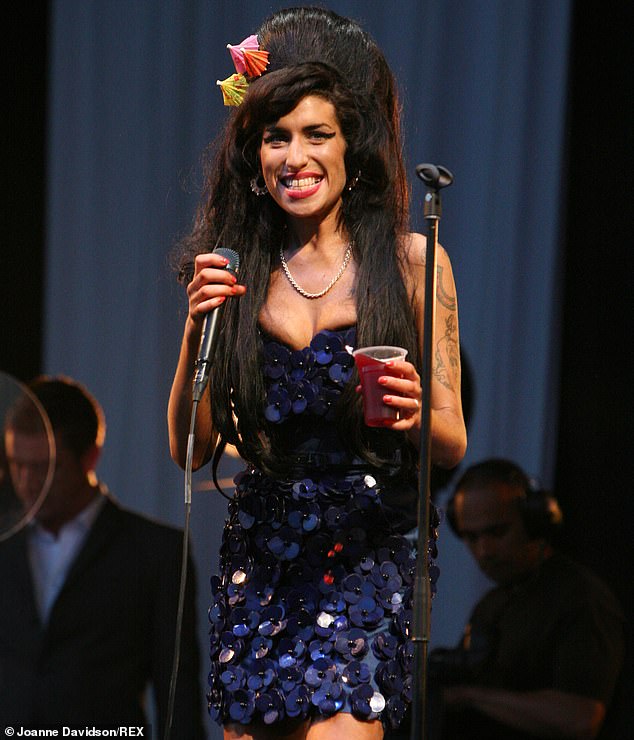 Troubled: The Sun reports that even though Amy had been taken to hospital several times, it was the only occasion she ended up at A&E after drinking or taking drugs (pictured in 2008)

He claimed the singer was so ‘delirious and weak’ after a five-day drinking spree that she had to be carried on to a private jet so that she could perform in a final, disastrous tour of Europe.

Barely a month later, she was found dead at her home in Camden, North London, aged just 27.

In his harrowing account of the star’s final weeks, James claimed that Amy’s management heaped pressure on her to keep working as she battled her demons, raising questions over whether they failed in their duty of care towards the ailing star.

In his book, which is also being serialised in The Mail on Sunday, James alleges Amy drank so freely that she was unaware even that she had arrived in the Serbian capital Belgrade for the first concert in a 12-date tour.

He believes she was handed a glass of wine by Raye Cosbert, her booking agent, just before going on stage even though she was taking Librium, an anti-anxiety drug to curb seizures brought on by her alcohol abuse.

Shortly afterwards, the singer was jeered by the audience over her shambolic performance, the last before her death on July 23, 2011, from alcohol poisoning.

James further alleges that Ms Winehouse, whose estate after her death was valued at £4.25 million, was told by her management team that she needed to fulfil her tour contract because she ‘needed the money’.

Recalling how he watched her being carried on to the aircraft on June 19, 2011, he writes: ‘The day of the show, the boys literally picked Amy up off the sofa, because they were told to, and put her in the car. She was barely conscious.

‘I sat next to her thinking, ‘This is so wrong’. We got to Luton airport, where the private jets fly from, handed our passports out through the window at security and Amy stirred. ‘Where are we, T?’ ‘The airport, Ame.’ She said nothing, rolled her eyes, tutted and pulled the hoodie she’d been wearing for the last five days back over her head.

‘She was so delirious and weak, the boys had to help her on to the plane, arms around her, guiding her up the steps.’

Recalling the moments before her last gig, James writes: ‘I had to go to the toilet and when I came back Amy had downed a glass of wine.

‘I know how it will have happened – she would have been convinced she needed one to perform and argued with Raye until she got it. If I had been there I would’ve stepped in, as you cannot drink on Librium.

‘Raye held her by the hand and helped her up the steel steps behind the stage. I was standing in the wings like I always did. This time I was crying, dreading what might happen next.’

James does not suggest that Mr Cosbert was aware that Ms Winehouse was taking the medication. 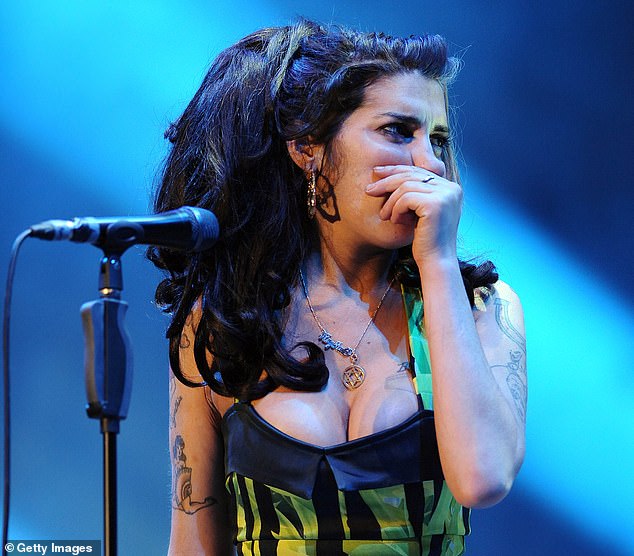 Tough: It comes after last month grave questions about the way music industry executives treated Amy in the weeks before her death were raised by Tyler’s new book (pictured in 2011)

He says that the singer, who won acclaim for hits including Rehab and Back To Black before lurching into drink and drug addiction, was desperate not to go on the tour and wanted to work on another album instead. He asserts, however, that she was convinced that she needed the money.

He writes: ‘She definitely didn’t want to do it. ‘Why can’t they wait for me to write another album so I’ve actually got something to say? People must be so bored of Rehab – I know I am.’

‘The next day she started drinking, a full-blown relapse, and she drank for five days. Every day management came round, and every day they’d tell me I needed to get her to stop drinking.’

Mr Cosbert didn’t respond to a request comment but a source close to Amy’s management firm, Metropolis Music, said shortly after her death: ‘Amy really wanted to do the shows. It wasn’t a gruelling tour… She’s a grown woman – it was her decision.’

He said a warm-up gig in London went well and described her addictions as ‘stepping forward and stepping back. You hope that the normal starts overtaking the bad bits.’

Close: Tyler’s new book My Amy tells the story of the icon’s troubled life after the pair met at London’s Sylvia Young Theatre School when they were both teenagers