An eye for beauty! The three best selling mascaras have been revealed – and they’re all under $50

For many beauty aficionados the world over, Mascara is the holy grail of the makeup collection.

But with so many on the market, it can be difficult to pick the best one.

To make the decision a little easier, FEMAIL has rounded up the top three best-selling mascaras at Sephora Australia.

For many beauty aficionados the world over, Mascara is the holy grail of the makeup collection

This mascara from Benefit is said to create dramatically full and voluminous lashes.

It has been marketed as similar to a set of false lashes and has been hyped up online ever since its initial release.

Australian makeup artist, Bonnie Gillies, previously reviewed the mascara as she had high expectations of its performance.

‘It promises out of this world, gravity defying, full volume lashes and a formula that lasts 36 hours,’ she said.

‘While it didn’t give me the thick, fluffy volume I normally go for, my lashes were perfectly separated, insanely lengthened, bold, black and yes, they looked the same when I got home in the evening as they did when I left home.’

On the Sephora website it has an overall rating of 4.5, with 33 reviews. 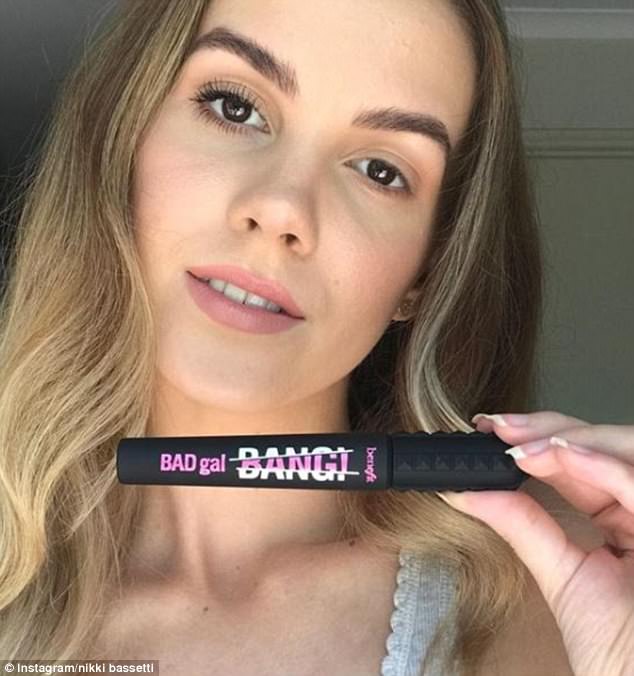 The mascara also states that it will stay in place for an impressive 36 hours (pictured: with and without the product) 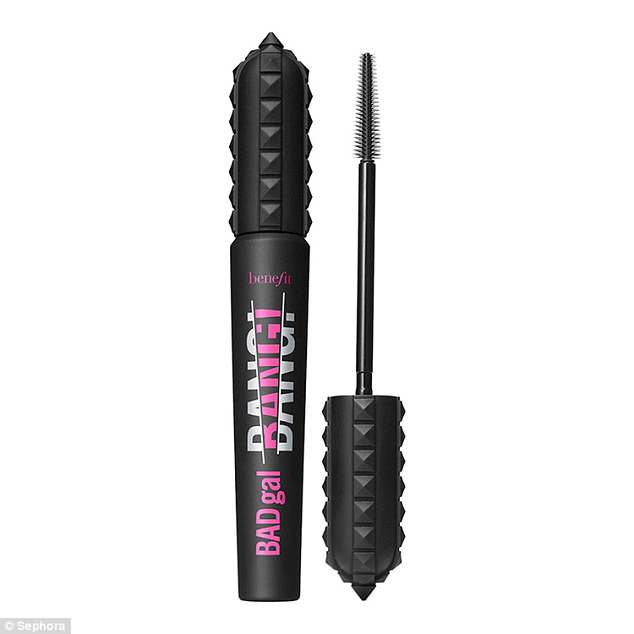 This product promises to deliver ‘thick and alluring’ lashes as it is designed to add drama to the eyes.

It is also meant to lengthen, curl and add volume to your eyelashes while conditioning them at the same time. 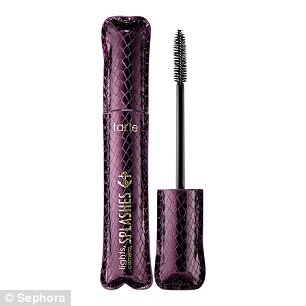 This tube of product promises to deliver ‘thick and alluring’ lashes

With 67 reviews on the website it has a four star rating, with many praising the product.

‘This product is the best mascara I have tried! The brush grips each individual lash and lengthens, curls and blackens them and it isn’t clumpy or leaves little black flecks throughout the day,’ reads one five-star review.

Another reviewer wasn’t quite as happy, leaving one-star with their comment: ‘It definitely lengthens and curls and whatever but it’s a clumpy and dry formula that forces your eyelashes to stick together.

‘I do not recommend and I would not buy again. I really wish this product wasn’t such a flop.’

This mascara from Marc Jacobs has 63 reviews and has been given an overall rating of 4.5 stars on the website.

It is meant to provide users with ultra-volumised eyelashes as well as instant dimension.

The curvy brush is designed to place most of the volume at the hard-to-reach centre lash line, and the defining tip styles and lengthens lashes. 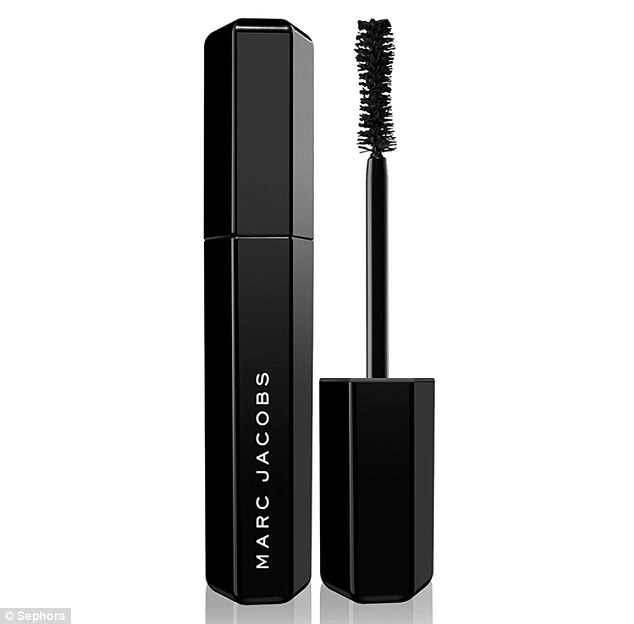 This mascara from Marc Jacobs has 63 reviews and has been given an overall rating of 4.5 stars on the Sephora website

‘By far one of the best mascaras I have ever used. I was a bit hesitant to spend this much at first, but it is fabulous,’ one five-star commenter wrote.

‘No flaking or smudging, great long lashes and it lasts all day/night even in humid conditions. A little bit expensive, but well worth the investment.’

Not everyone is a fan, with one reviewer saying they found it ‘clumpy and wet’.

‘The only way I have ever been able to make it look good is by putting on a small amount and then brushing out all the clumps with a clean spoolie which is just annoying and I can get it looking better in half the time with a good mascara,’ they wrote.