An Inspector calls… A review of Paschoe House hotel, Devon

Paschoe House seems to have slipped under the radar. It’s been going for three years, occupying a wonderful position some six miles from Crediton in Devon.

And it’s owned by a woman who grew up in the house and invested huge sums converting it to a nine-bedroom hotel.

Yet, it doesn’t merit inclusion in The Good Hotel Guide or Sawday’s.

Paschoe House, which occupies a wonderful position some six miles from Crediton in Devon

So, we don’t know what to expect as we drive deeper into rolling countryside before turning off a lane on to a drive that meanders for half a mile, past a farm and then up to the house itself, with crunchy gravel and inviting stone porch.

It’s some house. Every member of staff gives us slightly different dates as to when it was built.

Apparently, some parts are 14th century, although it’s mainly early Victorian with a Gothic twist. 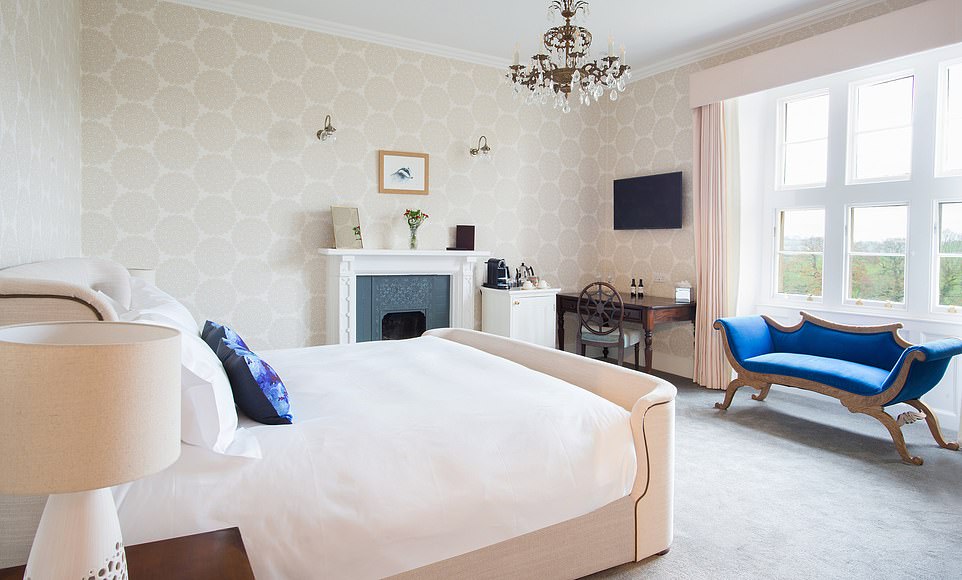 One of the nine bedrooms at Paschoe House, which is owned by a woman who grew up in the house and invested huge sums converting it into a hotel 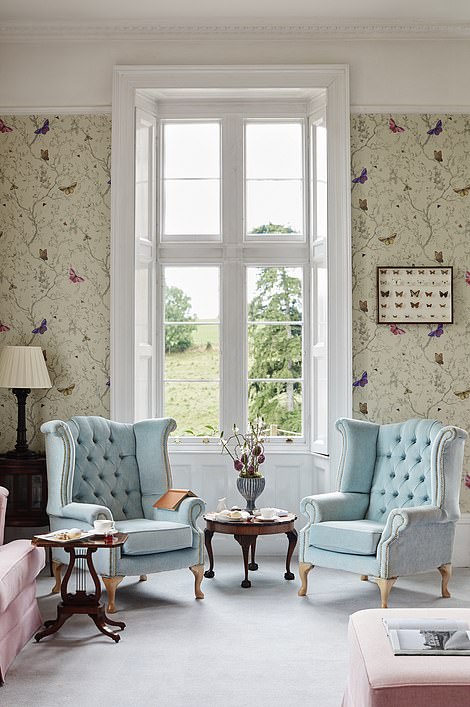 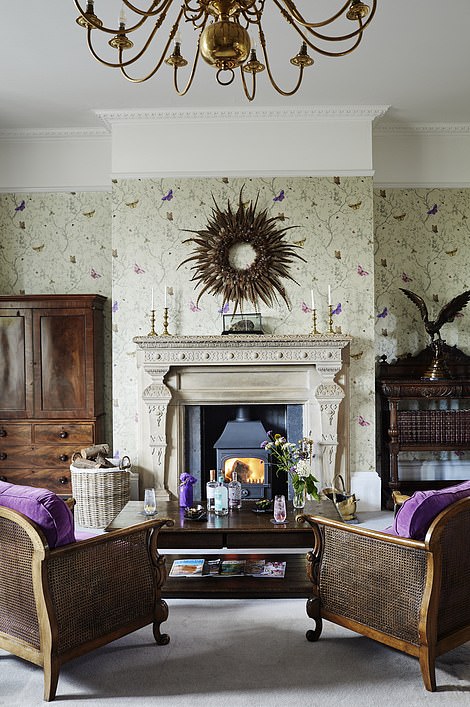 Inside the drawing room at Paschoe House, which is decorated with butterfly wallpaper. The Inspector noted the atmosphere was hushed and polite

The walls in the hall and up the grand, wide staircase are pink; there’s butterfly wallpaper in the drawing room and floral wallpaper in our bedroom and bathroom. And it’s a long time since we’ve come across pelmets.

The atmosphere is hushed, polite; the service formal. But who on earth came up with the idea of a TV in the hall showing rolling footage of the hotel?

A German family is having a cream tea when we arrive, so we have one, too. 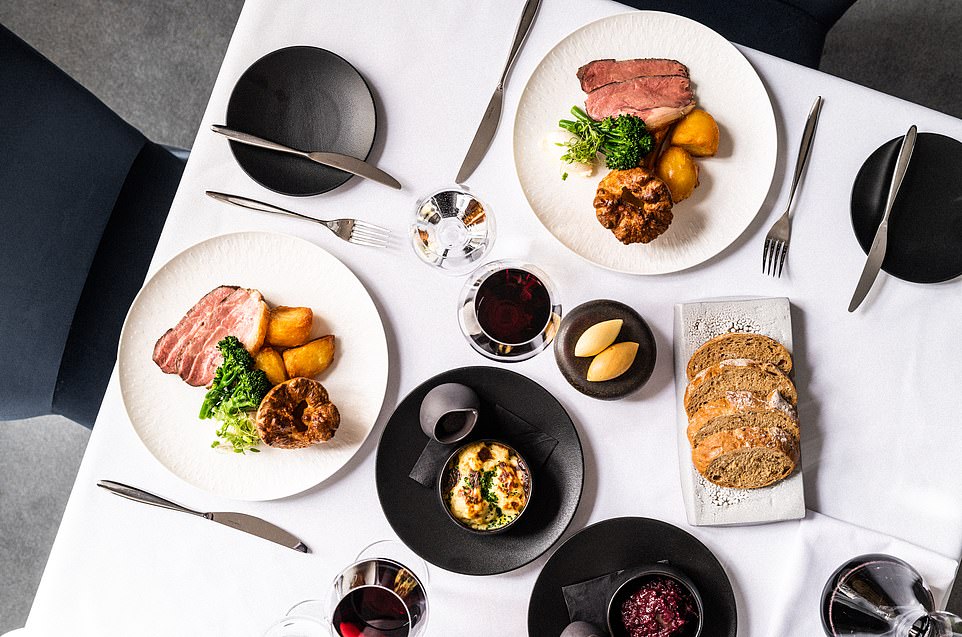 The Inspector said he was taken by surprise by the ‘elaborate food’ on offer at the hotel, pictured 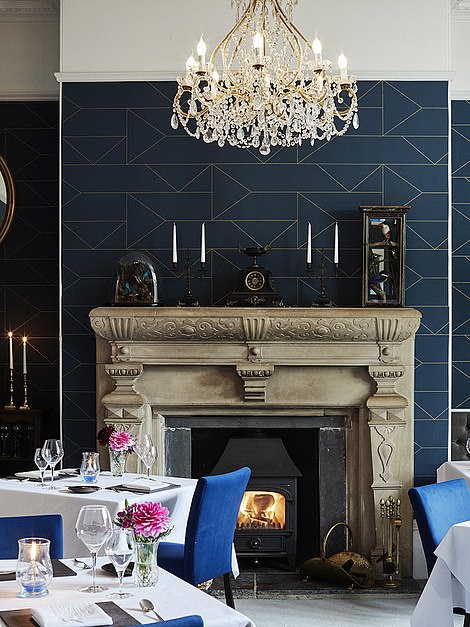 The dining room at Paschoe House. It offers an £80 tasting menu and a £69 three-course a la carte menu

Next to the drawing room is a bar where a huge stuffed ostrich hangs over the fireplace.

Taxidermy seems to be one of the themes. There are African kingfishers behind glass in the dining room.

What takes us by surprise is the elaborate food. It’s the full works, with canapes, an amuse-bouche, homemade bread with both ordinary and Marmite butter, rehearsed explanations about the dishes, rich jus and pricey wines.

There are two choices: an £80 tasting menu or £69 per person for three courses a la carte. We opt for the a la carte.

It’s creative, but overly so. My scallops come with curry velouté, shallots, kaffir lime and almond.

I feel sorry for the scallops competing with that lot.

But we like the creativity at breakfast. Each table has its own portable shelf, carrying croissants, granola, pots of jam, butter. And there are mini milk crates containing, well, milk, plus juice.

On checking out, we’re given water and a chocolate muffin.

My wife eats hers and says it’s the best she’s ever tasted — so good that I’m instructed to phone Paschoe House and pass on my compliments to the chef. Which I do.