An Open-World Pokemon Game Is Coming in 2022 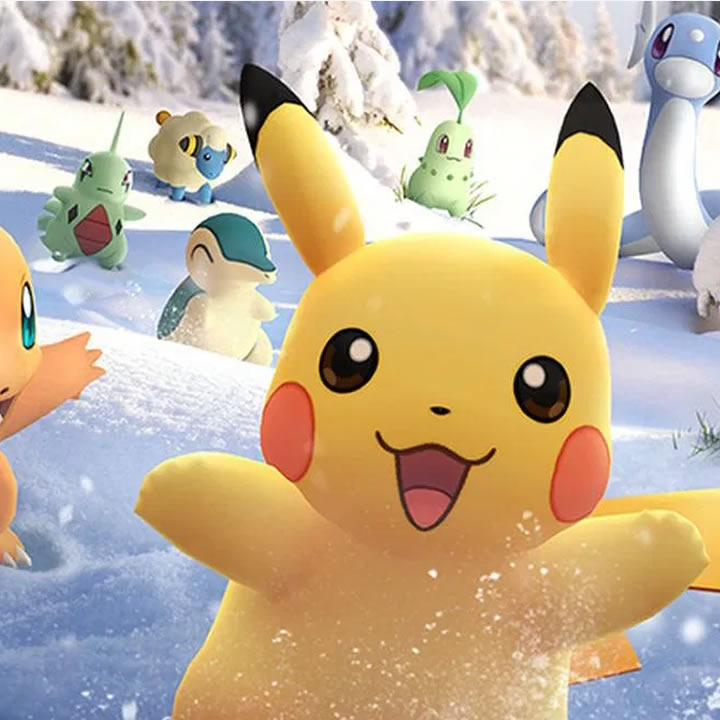 Though each new generation (or series) introduces new features, characters, gameplay mechanics and, of course, new Pokemon, they all stick to the same tried-and-tested blueprint. You travel around a region catching Pokemon, battling trainers, earning gym badges (or trial stamps) and defeating a villainous team. In the end, you take on the game’s toughest trainers to become the Champion. Part of the reason the franchise is so successful is that its games are somewhat formulaic, like casino games at vulkan bet, kind of like how most online slots work in the same way.

Pokemon Legends: Arceus is tearing up the rules of what the main series game should be. This eagerly anticipated game was announced on 26 February and came as a very pleasant surprise for fans who have been longing for a Pokemon game that does something different. It’s always good to see a game introduce something different, whether it’s card games introducing new bets or poker games introducing new twists. Not much has been revealed about Pokemon Legends: Arceus yet, but here’s what we know so far.

Arceus is an elusive mythical Pokemon introduced in the fourth generation games, Pokemon Diamond and Pokemon Pearl. This Normal-type Pokemon is associated with the creation and, according to franchise lore, is said to have been born before anything else existed and created the whole universe.

Pokemon Legends: Arceus is going to be completely separate from the upcoming remakes. It will be set in the same region and will feature many of the same Pokemon, but there will be enough differences (both in terms of storyline, features and gameplay mechanics) that it will very much be its own game.

The Sinnoh visited in the original Diamond, and Pearl games (and the remakes) is a fully developed place with over a dozen diverse settlements and a broad range of natural environments. The Sinnoh of Pokemon Legends: Arceus won’t be as developed since it’s set many years in the past. It should still have many of the same geographic features, and since it’s going to be an open-world game, there’ll be a big focus on exploring these.

Pokemon Legends: Arceus may be straying from the established formula by introducing open-world gameplay, but it’s still a Pokemon game, so you’ll be catching plenty of the creatures as you play. As is the case with other games, at the start, you’re given a choice of one of three starter Pokemon to keep:

There are currently 898 Pokemon (not counting additional forms). In the Sinnoh-based games, all creatures from the first four generations (493 in total) are available. What’s not known at the minute is how many characters are going to be in Pokemon Legends: Arceus and which ones will make it into the game.

The USP of Pokemon Legends: Arceus is that it’s an open world. Previous games have you explore the region in a linear fashion. In other words, you visit each settlement and take on gyms (or their equivalent) in a set order. With this new game, you should be able to explore the Sinnoh region on your own terms, deciding for yourself where you’ll go and what you’ll visit first.

Very little has been revealed about the gameplay. The trailer shows the player character catching Pokemon, and a small settlement is revealed, but beyond that, we don’t really know much. Of course, Arceus will play a key role in the game, but how the mythical Pokemon fits into things isn’t certain yet. It’s likely that once you’ve completed a number of tasks/quests, you’ll then have some sort of encounter with Arceus and can catch it.

Some core features of all games – catching Pokemon and battling trainers – will remain. Others, such as a series of gyms/trials, an evil team and a final battle challenge (the Elite Four or Champion Cup), haven’t been confirmed. There’s a chance that some, or even all, of these staples of the franchise, won’t make it, especially since the Sinnoh the game’s set in is a Sinnoh of the past.

Here are some key details about the Pokemon Legends: Arceus game:

More information about the game will no doubt be revealed throughout 2021 and in early 2022 in the run-up to the game’s release. Fans are speculating that this could be the first in a brand new line of open-world Pokemon games. If it’s successful, which has a very good chance of being, we could see more open-world games set in different regions. A Pokemon Legends: Mew game set in the first generation’s Kanto region could be developed, for example.

It will be interesting to see how Pokemon Legends: Arceus compares with other open-world games and whether the game satisfies fans desires for an open-world game. Keep your eyes peeled for more details about this exciting new type of Pokemon game.