For many it is simply a novel way to find out more about the ancestors.

But a neuroscientist has raised concerns over popular DNA-testing sites, warning firms are selling off customers’ personal data to third parties.

Dr Hannah Critchlow said data gathered by companies charging up to £149 for ancestry tests could potentially be ‘manipulated’ before being sold on.

And she flagged up one firm in particular, 23andme, which last year sold on clients’ DNA data to a large pharmaceutical company.

Addressing an audience at the Hay Festival, Dr Critchlow, from the University of Cambridge, said: ‘Really worryingly, you might have heard of a company called 23andme where people pay to give their DNA away to a company and it will sequence that DNA.

‘Then it might make some very vague biological predictions. What this company has done very recently is it has gone on and sold all your DNA data to a pharmaceutical company.’

She said the pharmaceutical firm had ‘obviously paid quite a lot of money for this’, adding that many ‘positive things’ could spring from data being sold on.

‘You can get more personalised medicine from it. Hopefully you’ll be able to find new treatments for people that might have been suffering otherwise because there was no tailored treatment available to them,’ she said. 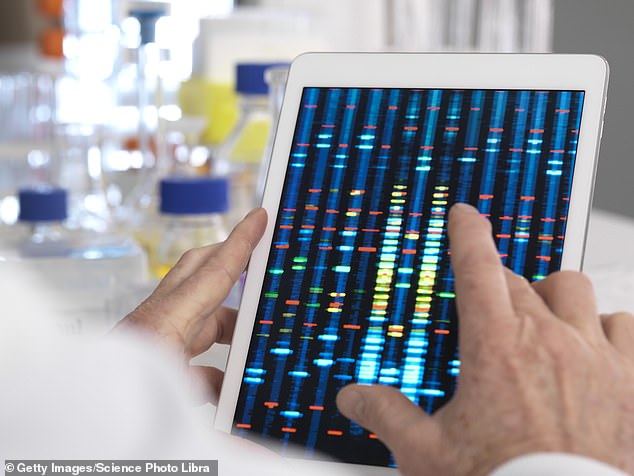 But, she added, there is also ‘concern for what companies are going to be doing with this data and how it might possibly be manipulated’.

In her speech, Dr Critchlow also raised concerns over firms’ inability to warn customers about ‘serious biological repercussions’ that might be discovered in their test results.

She said: ‘They can’t release those warnings to you because, by law, they will have to offer some kind of counselling service to go alongside it. So they won’t actually give you any information that could be useful.’

23andme, which offers its services to more than 50 countries, claims on its website that it can ‘help people access, understand and benefit from the human genome’.

Customers send off saliva samples to be analysed to find out more about their genetics and their risk of developing inherited illnesses such as type 2 diabetes. 23andme, which charges up to £149 for a test, says that on average one client’s sample will contribute to 200 different research studies.

Last year it emerged 23andme had signed a $300million (£237million) deal with pharmaceutical giant Glaxosmithkline, which can then analyse stored samples to investigate new drugs.

At the time both companies said this can only happen with the customer’s consent. 23andme was contacted for comment.