Sitting at a crossroads of the Mediterranean, Malta seems to have been visited and settled by almost every passing civilisation. So there can be no more perfect candidate for the role of European Capital of Culture than its capital city, Valletta, next year.

While other cities also have history, architecture and fine cuisine, few can share Valletta’s year-round warm climate – last year it was the sunniest city in Europe. Many British travellers will also appreciate the fact that the island is English-speaking.

In addition, Valletta is very compact, making it the perfect place to explore on foot over a weekend.

Intricate: The ceiling of St John’s Co-Cathedral, which is dedicated to Saint John the Baptist 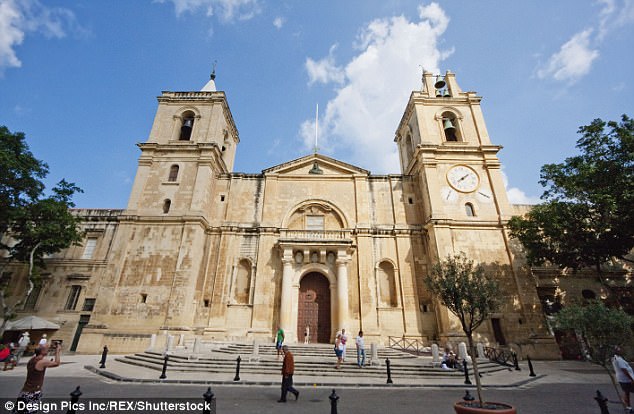 Historic: The Baroque building is said to date back to 1577

Often described as an architectural masterpiece, the city is surrounded by the magnificent fortifications built by the Order of the Knights of Saint John; there are also beautiful baroque buildings, spectacular palaces, impressive churches, stunning theatres and picturesque gardens.

The Our Lady of Victories church, for example, celebrates the Knights’ victory over the Turks in the Great Siege in 1565.

This is one of more than 25 churches in the city – the best known is St John’s Co-Cathedral, a majestic Baroque building.

With its culture capital status imminent, Valletta has engaged in a widespread ‘rejuvenation’ programme to restore some parts of the city, such as Strait Street, which has become one of the busiest streets at night with its bars and restaurants – the old abattoir here is even being redeveloped as an arts centre. 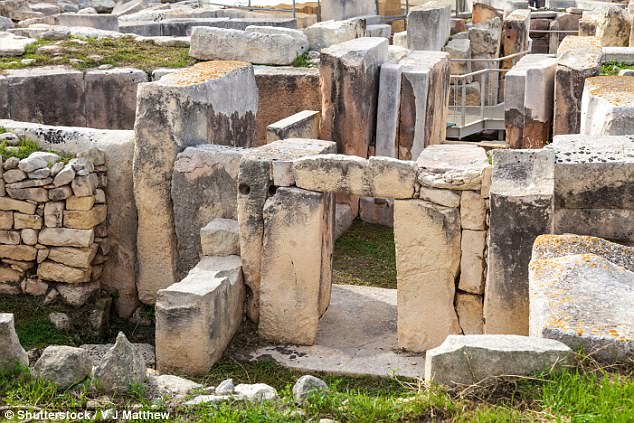 There are also plenty of modern architectural delights including the new Barrakka lift, and new Parliament building.

Of all the Mediterranean islands, Malta has the richest collection of Megalithic delights. Imagine Stonehenge with endless sunshine.

It’s worth visiting just to see Malta’s pre-eminent pre-historic site: the Hypogeum, a labyrinth of underground chambers which investigators believe was used as both a burial site and a temple.

The excellent National Museum of Archaeology in Valletta gives you all the background.