Cooper sat down for an interview with Carroll, a 75-year-old American journalist and advice columnist for Elle Magazine, on Monday as she explained how the president allegedly sexually assaulted her in a dressing room 23 yeas ago.

Carroll maintained that there was nothing ‘sexual’ about the encounter, describing it as more of a ‘fight’.

When Cooper asked if she refused to use the word rape and noted most people describe rape as a violent assault she said: ‘I think most people think of rape as being sexy… Think of the fantasies.’

As soon as the words fell from her mouth, Cooper stumbled on his words as he called for a break and said they had to cut to commercial.

Feeling cut off, Carroll peered at the CNN host and said, ‘You’re fascinating to talk to.’ 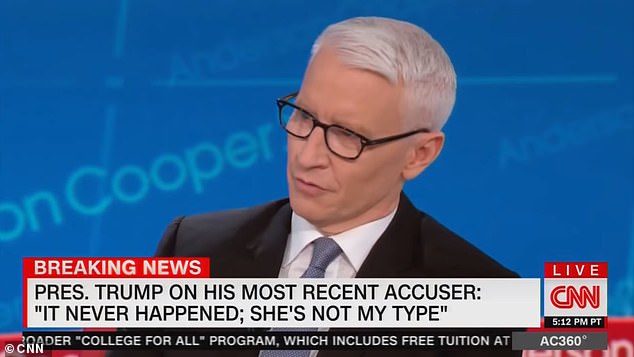 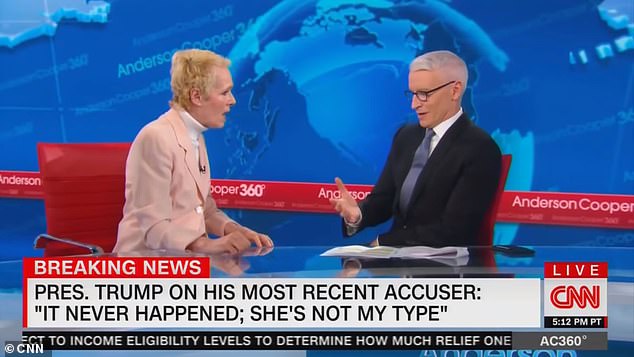 Immediately afterwards the CNN host stammered that they had to cut to commercial, leading Carroll to note, ‘You’re fascinating to talk to’

‘I always think back and think that was the stupidest thing I’ve ever done. I should have never done it. That was just a dumb thing to go into a dressing room with a man I hardly know and have him shut the door and then be unable to stop him,’ she said on CNN.

‘I was a competitive athlete. I didn’t freeze, I rose to the occasion. It did not last long. And that’s why I don’t use the word you just used. I use the word fight,’ she added.

‘I was not thrown on the ground and ravaged. The word rape carries so many sexual connotations. This was not sexual. It just hurt,’ she continued.

She justified her definition of the attack citing the women across the globe enduring prolonged sexual assault in their lives. 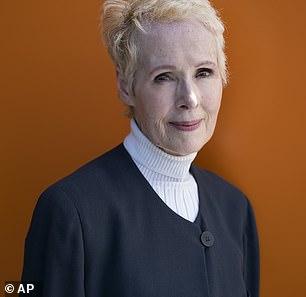 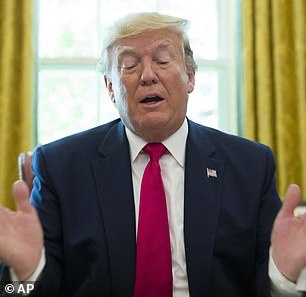 ‘I was not thrown on the ground and ravaged. The word rape carries so many sexual connotations. This was not sexual. It just hurt,’ Carroll said on Monday. Also on Monday, the president denied the assault saying ‘she’s not my type’ 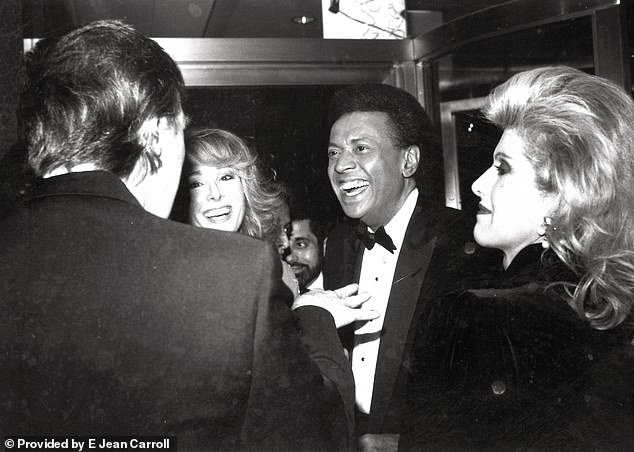 Evidence to the contrary: President Trump also claimed once again to have never met Carroll (above with her then-husband John Johnson speaking with Trump and his wife Ivana at 1987 event)

‘And I think of all the women that are enduring constant sexual violence. So this one instance – these three minutes in a little dressing room – I just say it’s a fight that way I’m not the victim, right? I’m not the victim,’ she said.

She opened up about the assault in her book What Do We Need Men For?: A Modest Proposal and says the assault took place at Bergdorf Goodman in the 1990s.

The accusation came out on Friday when it was published in New York Magazine as an excerpt of the upcoming book. She said the assault took place in either 1995 of 1996.

Carroll revealed she would consider pressing charges against him but hasn’t just yet. Mayor Bill de Blasio also promised a full investigation into her claims once a report was formerly filed with police.

On Monday the president denied the allegations that he sexually assaulted Carroll for a third time, claiming she isn’t his type. 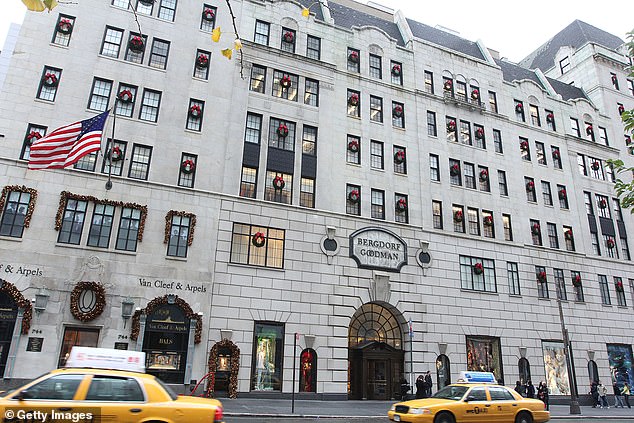 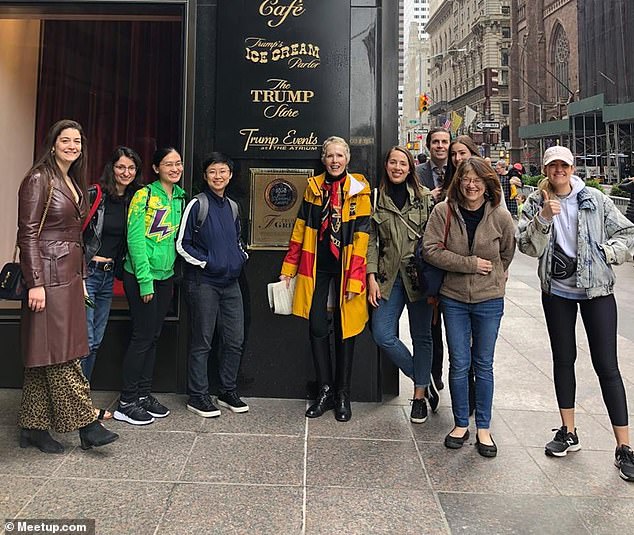 In that same interview he also doubled down on his claim that he and Carroll had never met, despite a photo showing the pair in conversation at a 1987 event.

He previously dismissed this photo on Saturday by stating: ‘Standing with coat on in a line – give me a break – with my back to the camera. I have no idea who she is.’

‘She is – it’s just a terrible thing that people can make statements like that.’

During her CNN interview she responded to Trump’s comments saying, ‘I love that I’m not his type. He also called Miss Universe fat.’

‘He’s denied all 15 women who’ve come forward. He denies, he turns it around, he threatens and he attacks,’ she added.

More than a dozen women have come forward to accuse Trump of sexual misconduct, many of the allegations going back decades.