Former SAS soldier turned federal MP Andrew Hastie has thrown down the gauntlet to a comedian who vowed to ‘hate f**k’ him and all other politicians against same-sex marriage.

Benjamin Law, a stand-up comedian and pro same-sex marriage advocate, made the controversial comments to his more than 77,000 followers on Twitter in late August.

‘Sometimes find myself wondering if I’d hate-f**k all the anti-gay MPs in parliament if it meant they got the homophobia out of their system,’ the openly gay Mr Law wrote.

Despite the graphic nature of the post, his opinion seemingly struck a chord with his followers, who left hundreds of comments including one that said: ‘Start with Hastie’.

But while many of Mr Law’s fans backed the proposition it outraged Mr Hastie, with the former special forces army officer and a fierce supporter of traditional marriage, telling The Australian he’d ‘like to see him try’. 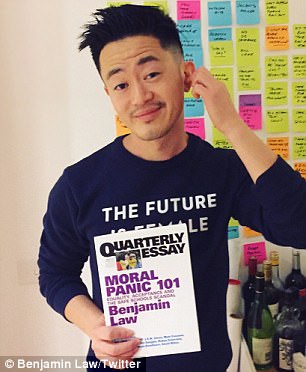 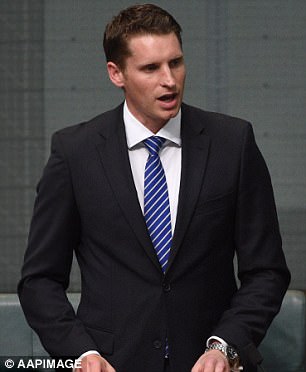 In response to the Twitter post by Mr Law (left), former SAS soldier turned federal MP Andrew Hastie (right) said he would: ‘Like to see him try’

‘Noting my skills acquired in my previous ­career I’d like to see him try,’ Mr Hastie said.

‘If anyone on the No campaign jokingly suggested using sex as a weapon against Yes campaigners, there’d be immediate calls for their resignation and marginalisation.’

However refusing to back down from his comments, the brains behind SBS TV show The Family Law said he wasn’t specifically talking about Mr Hastie.

The series of tweets from Mr Law were described as ‘vile filth’ by Nationals member George Christensen, who was also targeted in the social media commentary. 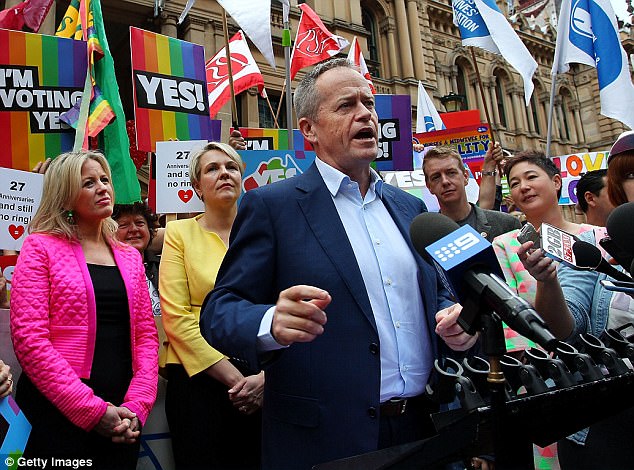 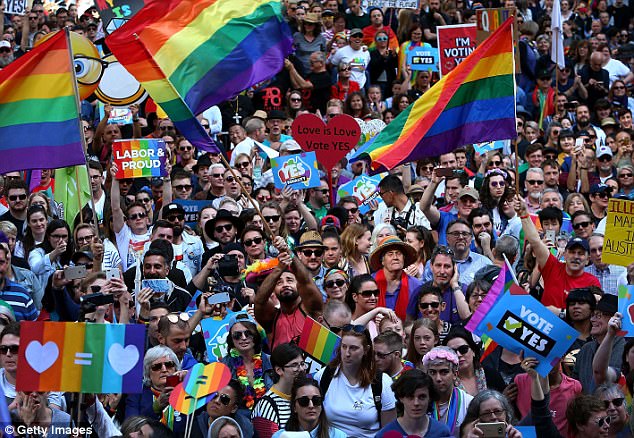 One commenter posted a photo of Mr Christensen, to which Mr Law replied: ‘[Sets self on fire]’.

The coalition MPs also hit back at Mr Law’s recently released Quarterly Essay which calls for the controversial Safe Schools program to be rolled out nationwide.

In his article for the essay, the Fairfax columnist and comedian also attacks the federal government’s postal vote, saying it was ‘forced’ on Australians.