His reign at the BBC began with a headline-grabbing decision — to overturn the ludicrous ban on singing Rule, Britannia at the Last Night Of The Proms — that had the metropolitan luvvies who make up the Beeb hierarchy spluttering into their soya milk lattes last week.

Tim Davie, the new director-general, is also targeting unfunny Leftie woke comedians who get too much air time, and BBC staff who fail the impartiality test in their reporting and presenting.

Now it looks as if Davie’s next big move is a management reshuffle — and I hear that a demotion for James Purnell, a former Cabinet minister under Gordon Brown turned BBC apparatchik, is on the cards.

Tim Davie (pictured) the new director-general, is also targeting unfunny Leftie woke comedians who get too much air time, and BBC staff who fail the impartiality test in their reporting and presenting

Purnell, who as Director, Radio & Education, is paid an astonishing £315,000, is not sympathetic to Davie, insiders say.

Is it just a coincidence then, that his radio responsibilities have been handed to new Chief Content Officer Charlotte Moore?

In truth, it’s yet another humiliation for Purnell. When his name was floated as a contender for director-general, Downing Street — in the form of Boris Johnson’s top aide Dominic Cummings — let it be known that such an appointment would not be welcome.

If Purnell were to decide that his future with Auntie was somewhat limited and depart, Davie, who unusually for a BBC executive stood to be a Tory councillor in the 1990s, would shed few tears. 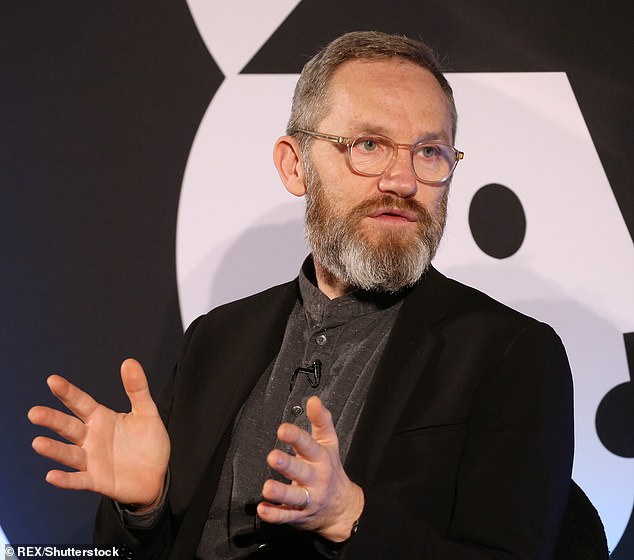 Purnell, who as Director, Radio & Education, is paid an astonishing £315,000, is not sympathetic to Davie, insiders say

Kneeling at the feet of Mr Neil 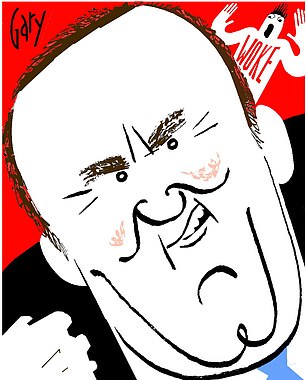 Davie sees Andrew Neil, a forensic political interviewer and scourge of the woke, as key

Andrew Neil, whose headline-making, self-titled political show on BBC2 was dropped by bosses this year, recalls a previous defenestration by the Corporation.

‘The moment somebody called Bob Shennan took over Radio 5 he called me to say he didn’t want that sort of probing stuff on a Sunday morning and was canning my breakfast show.

First and last time I ever heard from him. I think he’s naturally gone on to greater things at the BBC,’ Neil observes acidly.

No doubt he’ll be delighted to hear that Tim Davie is desperately trying to woo back Neil as part of his campaign to see off Auntie’s Left-wing bias.

Davie sees Neil, a forensic political interviewer and scourge of the woke, as key.

Embattled Education Secretary Gavin Williamson is proud of the fact that he’s one of the few Cabinet ministers to have been educated at a comprehensive.

Peter Ashton, who taught Williamson at the school in Scarborough, was asked by LBC’s Nick Ferrari what grades he’d give his most notorious pupil now?

‘I’d give him a high grade for effort,’ he said diplomatically. ‘As for attainment, that’s always the difficult one . . .’

Transport Secretary Grant Shapps conducted a series of media interviews last week on the need for people to get back to work in their offices.

Where did he do the interviews? From home!

Former Tory Cabinet minister Esther McVey, due to marry fellow Tory MP Philip Davies this month, is having to scale down celebrations because of Covid.

‘You wait 52 years to get married and along comes coronavirus and knocks you off course,’ she says on social media.

‘I say to Philip, ‘Maybe the big guy in the sky is trying to tell us something.’ 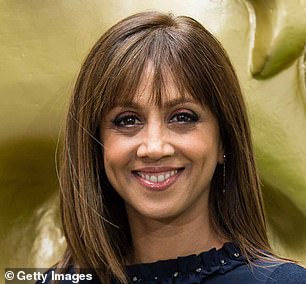 ‘Boris used to flirt with Riz when he was interviewed as London Mayor,’ says a pal.

‘She was professional but acted as if she was flattered.’

Maybe the PM’s fiancee, Carrie Symonds, will have some thoughts about that.

Rory Bremner is not convinced by Boris Johnson’s ringing declaration of support last week for the HS2 high-speed rail link.

‘In line with current Government policies, HS2 will now run as far as Leamington Spa before making a U-turn and returning to London Euston,’ he says.