‘Toxic influencer’ Andrew Tate has been blamed for a rise in sexual incidents against female students in Australia’s elite private schools.

Several exclusive schools in Melbourne have reported receiving a string of complaints from female students accusing a group of teenage boys of sexualising them online.

The girls claim the boys, mostly from one all-boys school in the CBD, have been using social media platforms Snapchat and Discord to talk about them in a violently sexual manner.

One of the girls brave enough to report the sickening chats was only 14.

Teachers at the school believe the rise in attacks on their students has been caused by a new wave of ‘alpha male’ influencers inspired by their ‘sexist leader’, former kickboxer Andrew Tate.

The 35-year-old has shot to stardom in the last two months, going from a largely forgotten Big Brother contestant to the world’s best known womaniser.

The controversy comes as footage reemerged of the UK-born TikToker getting knocked out in a professional fight. 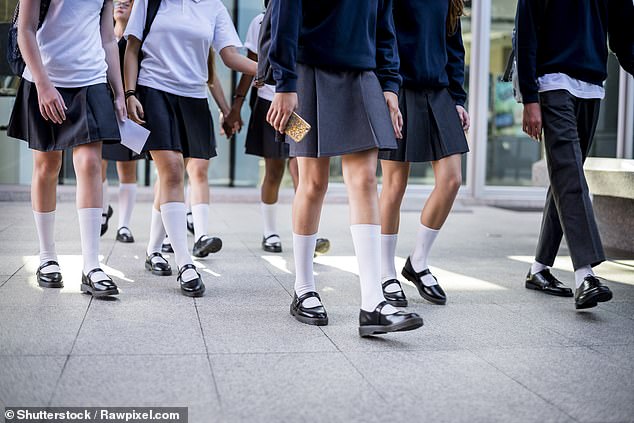 ‘This sort of male toxic influencer s**t is fuelling it … this term for sure,’ one upset teacher told the Herald Sun.

Tate’s biggest platform is TikTok, despite not having an account himself.

Thousands of videos shared from fan accounts show him talking about hitting and abusing women, victim-blaming, calling women ‘property’ and talking about how he prefers dating women aged 18-19 because it’s easier to leave an ‘impression’ on them.

In the rare video that doesn’t show Tate in the middle of an obscene rant, he’s smoking cigars, flying on private jets, sailing on expensive yachts or driving fast cars. 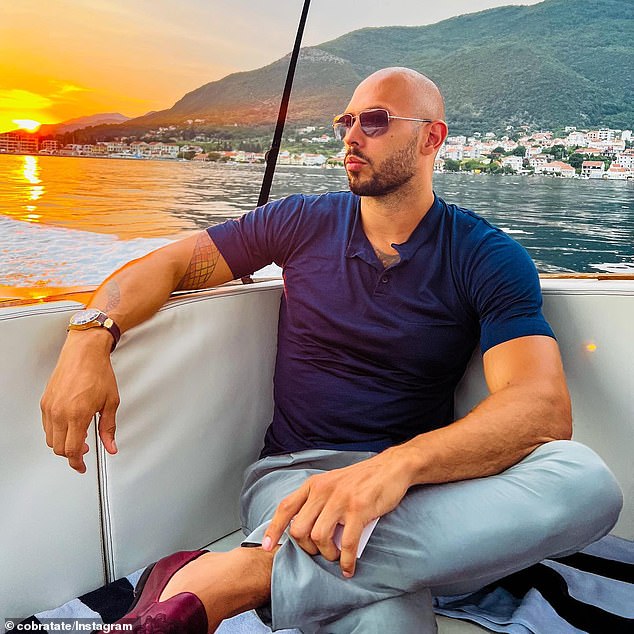 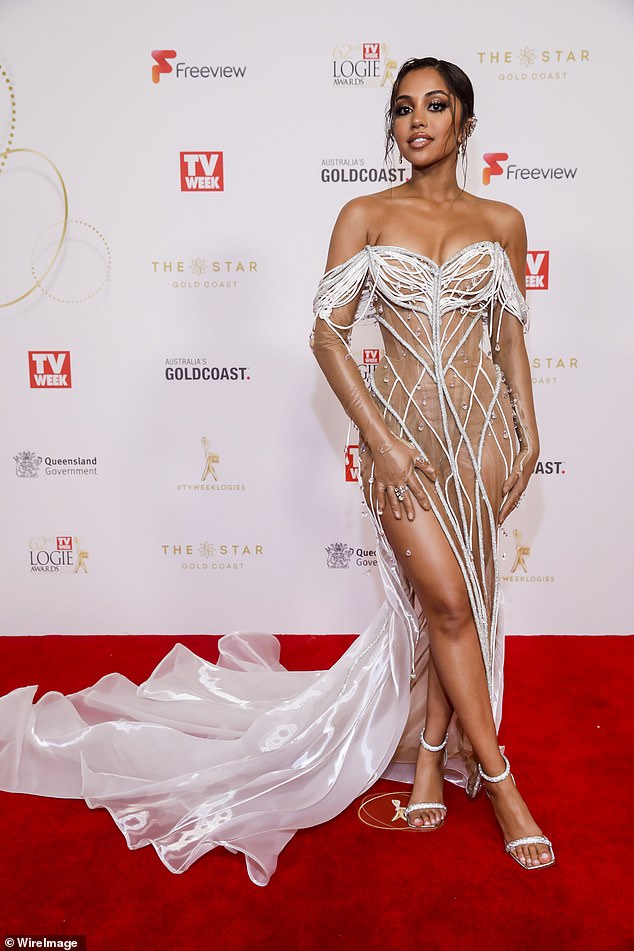 ‘They’re (boys) buying what these people are putting out there, where they’re objectifying women’s bodies and using misogynistic language that glorifies sexual violence.’

‘I’ll get the house clean and you pay for everything! 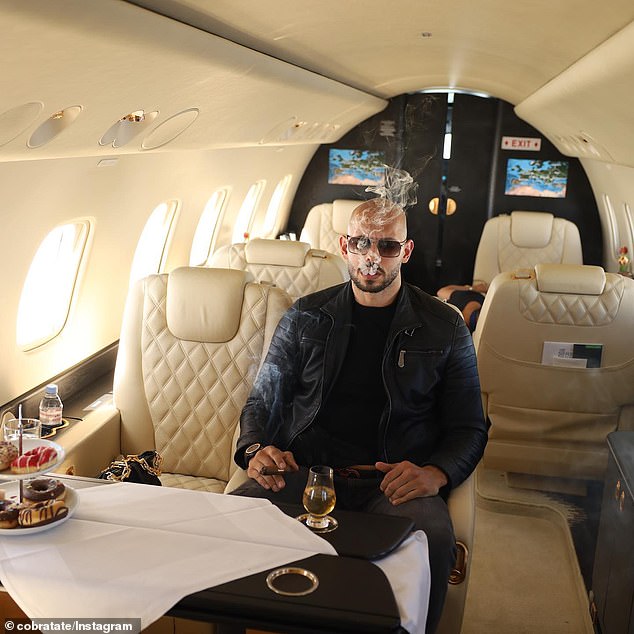 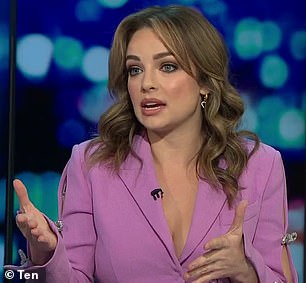 ‘Oh no, you can’t do that either because you’re a f**king m**on and you realise making money is much harder than getting some f**king dishes washed.’

In another video, Tate describes how he would attack a woman if she accused him of cheating.

The Project panelist Rachel Corbett and Australian influencer Abbie Chatfield shared their thoughts on Tate last Sunday after hearing over half of the average teenage boy’s TikTok feed is related to his content.

‘Kids look at Instagram and TikTok and the idea of 11.6billion views as a success,’ Ms Corbett said.

‘That then says that those (misogynistic) views must be good because look at how famous (Tate) is, so then I want to emulate that. 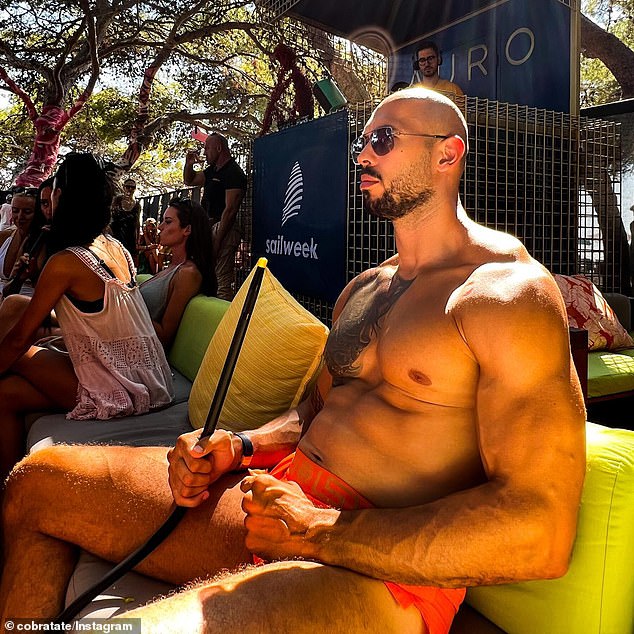 Tate’s videos featuring him calling women derogatory terms like ‘f**king m**ons’, talking about hitting and abusing women and referring to women as ‘property’

‘It’s just really dangerous and I feel like TikTok has a responsibility to remove misogynistic posts.’

TikTok states in its community guidelines that it has ‘no tolerance for discrimination’ and will remove ‘content that contains hate speech or involves hateful behaviour’.

Yet Tate’s speeches degrading women have been allowed to rake up billions of views.

Chatfield compared how TikTok applies its community guidelines to Tate’s content versus her own. 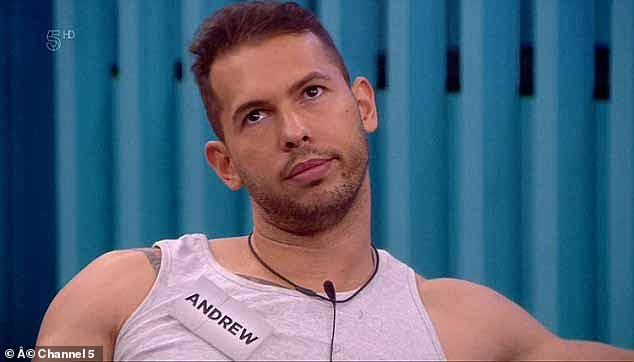 ‘I uploaded a TikTok in a white singlet, with a bra on, and it got deleted in a minute,’ she said.

‘But there’s endless videos of him saying that women are property and other extremely, vilely misogynistic things. How does that slip through the cracks but me in a singlet can’t?’

But a different kind of Andrew Tate content emerged on Thursday in the form of an old kickboxing clip from the former-athlete’s glory days.

The video shows Tate being brutally knocked out by Franci Grajs after being pushed back to the ropes following an onslaught of punches and a cutting knee to the head.

The 2012 match took place in the final of a tournament called Enfusion 3: Trial of the Gladiators, in the 85kg division.

the 35-year-old was backed into the ropes by a flurry of punches before receiving a crunching knee to the head, which left Tate asleep on the canvas.

Tate, who goes by the nickname ‘Cobra’, claims that this was the only time he had ever been knocked out during his 87-fight career.

‘I’ve been knocked out cold once,’ Tate said on The Fellas podcast.

‘Only once in 87 fights, which is good for a career. I wouldn’t say it hurts. You don’t remember much, it’s much like a dream. You’re furious afterwards.’

WHO IS ANDREW TATE?

Andrew Tate, born in Chicago but raised in Bedfordshire, has blown up on TikTok in the last three months as ‘the king of toxic masculinity’.

His dangerous content, which intermittently degrades women as ‘property’ and shows off his wealth, has seen a wave of young teenage boys associate his flashy lifestyle with the mistreatment of women.

The Project found after just a few hours on TikTok over half of a teenage boy’s content will be related to Andrew Tate.

As well as hundreds of fan accounts sharing his content on TikTok, Tate encourages young boys to emulate his mentality through his ‘Hustler’s University’ which promises get-rich-quick schemes using cryptocurrency, property or e-commerce.

It is understood over 127,000 are enrolled in the course.

Before his recent fame, Tate was often recognised as a former 2016 Big Brother contestant who was kicked out of the house after a video of him beating his girlfriend with a belt surfaced online.

More videos later emerged of Tate telling a woman to count the bruises he allegedly inflicted on her.

Both Tate and the woman deny allegations of abuse.

Since then his career has been marred by accusations of misogyny, racism and human trafficking.

He is reportedly under investigation in Romania for human trafficking and sexual assault.

Now, impressionable children as young as 13 are being constantly exposed to his vicious rants that actively promote violence against women, including hitting and choking them.

In one video, Tate is seen describing how he would attack a woman if she accused him of cheating.

In other videos he describes throwing a woman’s possessions out of a window, described an ex-girlfriend as a ‘dumb h**’ and talks about only dating women aged 18-19 to ‘make an imprint’ on them.

Estimates of Tate’s wealth range widely from $35million to $400million and in recent interviews he claimed to have made his first million at 27.