Manchester United must be careful not to hinder Mason Greenwood’s development if they sign a forward, according to former Red Devils striker Andy Cole.

Greenwood has been a revelation last season after boss Ole Gunnar Solskjaer put his faith in the teenager by selling Romelu Lukaku and loaning Alexis Sanchez to Inter Milan last summer.

The 18-year-old has scored 17 goals in all competitions for the first team, becoming a pivotal part of United’s attack alongside Anthony Martial and fellow academy product Marcus Rashford. 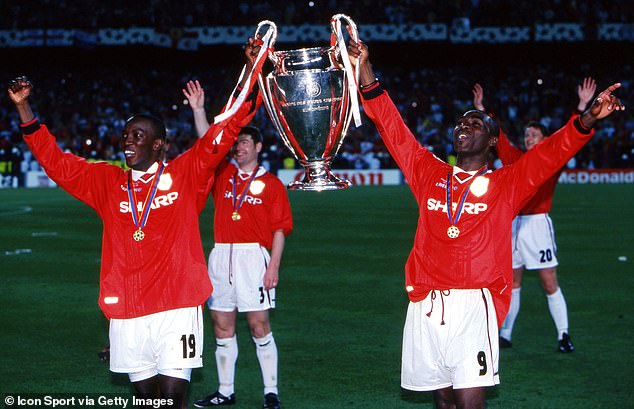 However, following United’s exit from the Europa League there have been reports that Solskjaer is in the market for a striker.

Against Copenhagen and Sevilla, the Reds had 46 shots, 21 of which were on target, but scored just twice – both from the penalty spot, while the speculation regarding a move for Borussia Dortmund winger Jadon Sancho has been constant all summer.

Cole, a treble winner with United in 1999 who scored 121 goals in 275 appearances for the club, is worried a big summer signing could block Greenwood’s progress.

‘Mason is scary, absolutely scary,’ Cole told the PA news agency. ‘If this kid lives up to his potential, United have one on their hands. 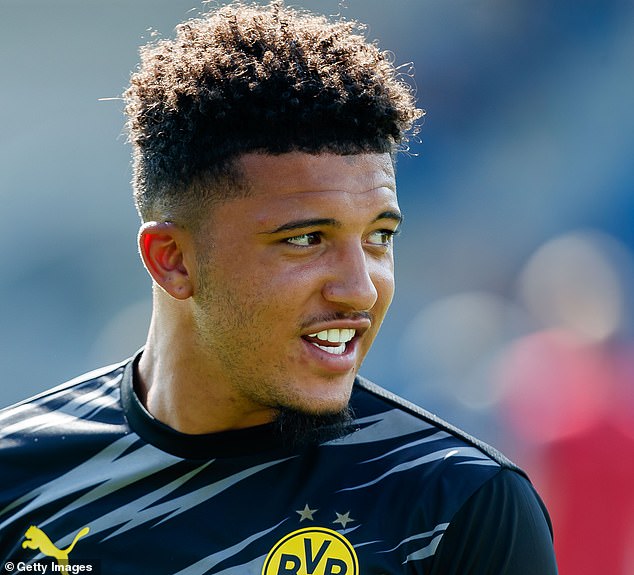 ‘It’s scary and long may it continue. He needs to keep doing what he’s doing, scoring goals and putting pressure on those up front, and as he matures and learns the game even more United have a player who could be anything.

‘He can play as a nine and he can play out wide of a three, so it will be interesting to see where United think his best position is and what they see him as.

‘For me, the best number nine in the world is Robert Lewandowski. But there aren’t many, if any, Lewandowskis about. And if they do bring in Sancho then you’ve got to be careful as you don’t want to block his (Greenwood’s) progress.

‘United do need to bring in players as you must improve every season but it’s a fine balance. If you have a player like Mason Greenwood then you can’t afford to block their progress.’ 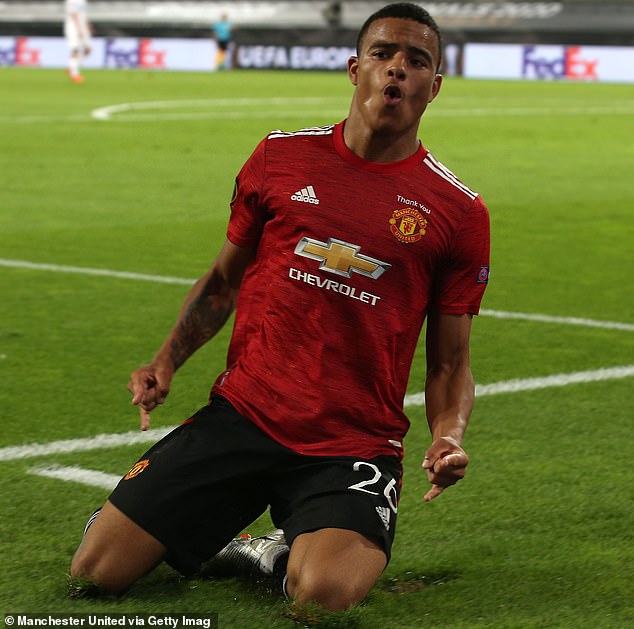 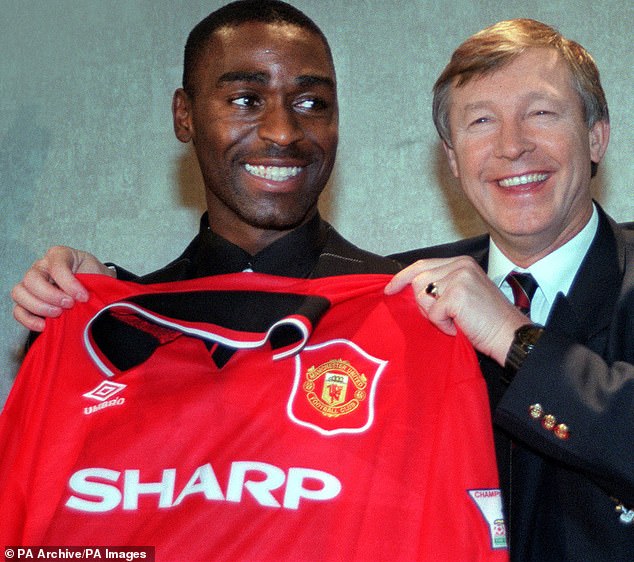 Cole will be returning to Old Trafford next month to take part in Soccer Aid. His participation in the event represents a significant personal milestone following the continuing problems of a kidney transplant in 2017 which the 48-year-old has previously admitted have affected his physical and mental well-being.

‘The last five and a bit years have been a s*** storm and people who know me know this illness has been a real tough ride,’ said Cole.

‘This illness shouldn’t stop me doing things like this. I don’t know if I’m ready, but I want to give it a go. And that’s me – I’ll give it a go. 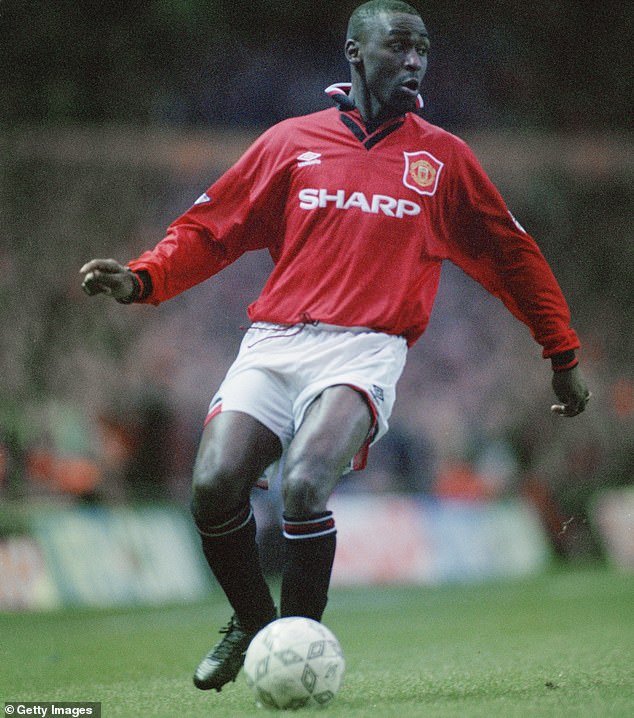 ‘If I played for 15 minutes and came off without any niggles and had a top day and really enjoyed myself and laughed and enjoyed the company of ex-players, if I can do that then I’ve cracked it.’

Testing for Covid-19 for the Soccer Aid match will be overseen by global digital health company Prenetics – the same organisation that has been responsible for the safe return of domestic football in England.

Cole said: ‘That’s massive for me. If that wasn’t going ahead then I don’t think the game would be going ahead.

‘The government gave people like me the go-ahead at the start of the month to start doing a little bit more but, after shielding for so long, there’s still that apprehension in the back of your mind. But life must go on.’

Andy Cole is playing in Soccer Aid for Unicef 2020, which is taking place in September at Old Trafford, live on ITV and STV. Every £1 donated becomes £3 thanks to the UK government and Gavi, The Vaccine Alliance. 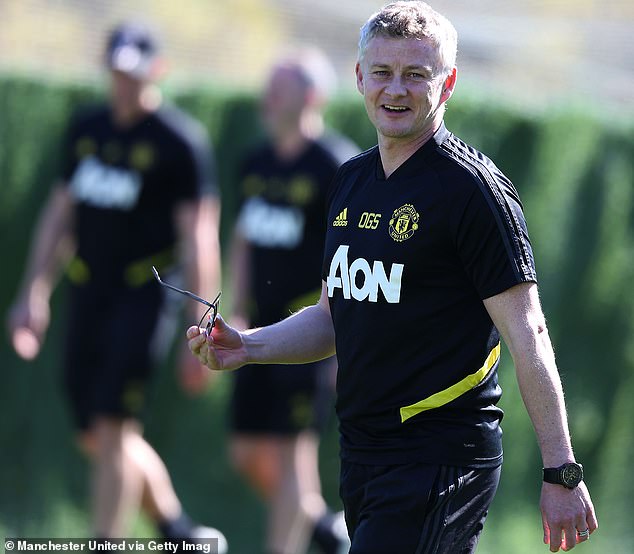