Sir Andy Murray has admitted that he had been ‘quite selfish’ after suffering a hip injury that threatened to end his tennis career and put a strain on his marriage.

The 32-year-old said his chronic hip pain left him feeling ‘down’ and affected his relationship with wife Kim, 31, after he was forced to take a break from the sport.

Triple Grand Slam winner Murray admitted he had neglected to think about the feelings of those close to him during his lengthy lay-off.

But he insisted his wife Kim, whom he married in 2015, had been ‘brilliant’ throughout the ordeal, encouraging him to return to the sport.

Murray is now back playing again after undergoing a hip resurfacing operation earlier this year and the couple’s third child, a boy called Teddy, was born last month.

An Amazon documentary on his comeback to be released later this month will show the impact the injury had on his family life.

Murray said: ‘I was pretty down, that’s for sure. It was a really tough period for me because it wasn’t so much the actual injury itself. 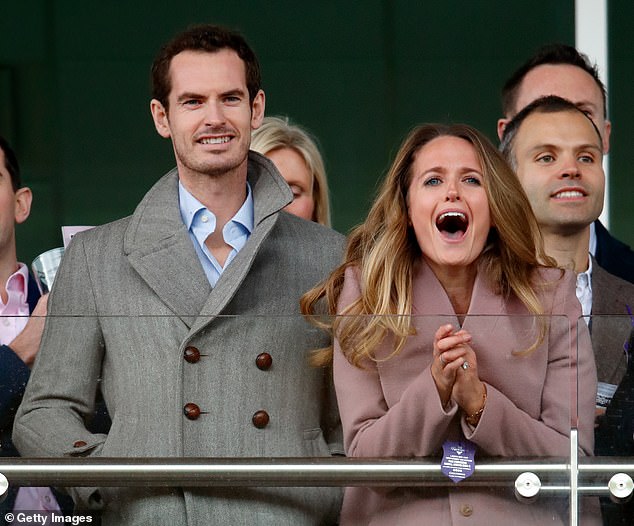 ‘Being injured can be frustrating, but the issue that I had was with me every single day, sleeping and walking. It wasn’t just I hit a serve and my arm hurt. This woke me up in the night. It was bad.

‘I don’t know if the children noticed because when I’m with them I’m always trying to put on a brave face, but my wife definitely. It put a lot of strain on our relationship, just because I was down all the time.’

He added: ‘She has been brilliant and I would probably be quite selfish, just in terms of thinking about myself and how I’m feeling all the time and not actually realising the impact that has on all the people around me.’

Murray said that despite the encouraging words he had from family and friends, it had been hard to keep going. ‘I probably didn’t take into consideration what that was doing to everyone around me. I see a little of this in the documentary. Some bits of it are quite hard for me to watch.

‘It had an impact on the team, and my physio’s family as well. He’ll be disappointed and sad each time he goes home that he’s not been able to fix my hip, that I’m still in pain or I’ve had a rough day.’

Murray met Kim, whose father Nigel Sears is a tennis coach, in 2005 and they married in his hometown of Dunblane in 2015.

Murray is in action for the GB team at the Davis Cup in Madrid this week where he has said that eating too much after the birth of Teddy had left him ‘overweight’.

Now he says he has ‘learnt a lot’ about life, he said he always had a family focus, but highlighted he would be lost with the game.

‘For most of my life family has been important, but tennis, what do I without tennis? Now I realise that life is great without tennis as well, providing you have your health and you know, obviously I’ve got a brilliant family at home.

‘It’s been a real journey for me. I’ve just learnt a bit about my life that without the injury I probably wouldn’t have had’.