‘We know how tough it will be’: Andy Robertson unfazed as he gets set to test himself against Lionel Messi

By James Sharpe For Mail Online

It is difficult not to find yourself distracted by Lionel Messi. Gaze at him for long enough and his poise, his balance, his ability to make the abnormal seem natural will soon leave the onlooker with a vacant glazed expression, mouth slightly ajar as drool pools in the corner.

The same goes for players and spectators. Poor old Phil Jones is still undergoing blood straightening therapy after Manchester United’s dismantling at the hands of the little genius.

If Liverpool wish to avoid a similar fate in their attempt to reach a second consecutive Champions League final, Jurgen Klopp will need, somehow, to find a way to stop him when his side face Barcelona at the Nou Camp on Wednesday.

‘Messi and Ronaldo have been the best players for years,’ said Liverpool left-back Andy Robertson, who will have it among his list of instructions to keep Messi at bay.

‘They have been head and shoulders above the rest for the last eight nine years. We know how tough it will be.

‘If you do manage to come up with a plan to stop Messi, we know what Phil and Suarez can do. The team is full of stars.’

And that’s what makes Liverpool’s task even more troublesome. It’s not just Messi who can hurt you. Become too focussed on the little guy, and you risk ignoring two other players who Liverpool fans know only too well just how quickly they can win games: Philippe Coutinho and Luis Suarez. 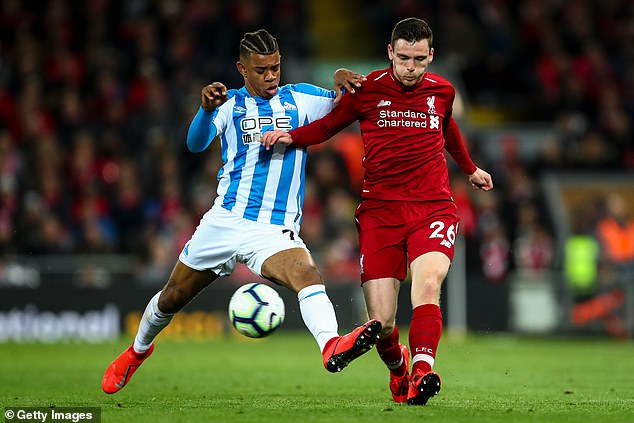 Suarez helped fire Liverpool the closest they have come to a Premier League title before now.

Since leaving Anfield in the summer of 2014 after scoring 82 goals in 133, Suarez has banged in so many goals for Barcelona he is already fifth in the club’s list of all-time scorers.

Coutinho impressed the Catalan giants so much they were willing to spend £142million on bringing him to the Nou Camp. He has gone on to score 21 goals in 71 games for Barcelona.

‘We need to be on our game,’ said Robertson. ‘We need to be 100 per cent defensively but we believe we can cause them problems going forward as well.’ 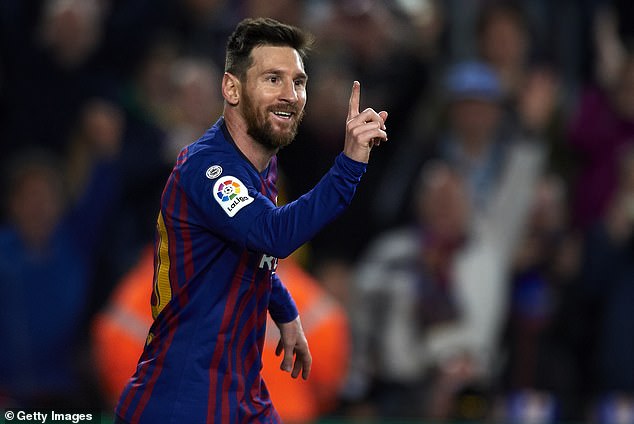 That could be Liverpool’s best approach. United had chances to put pressure on Barcelona but could not take them, allowing Messi to pick them off.

Mo Salah is now only the third Liverpool player to score 20 goals in consecutive Premier League seasons after Robbie Fowler and Suarez himself. Mane has also made it to that milestone and is just one behind Salah in the race for the Golden Boot.

Unless Robertson, Virgil van Dijk and co. can keep Messi at bay, Klopp’s firepower is likely to be the best way to avoid further distraction.