Angela Merkel is said to have brutally mocked Theresa May in a behind-closed doors meeting in Davos last week.

The German Chancellor ridiculed the Prime Minister for refusing to say what Britain wanted from Brexit negotiations.

At a reception with journalists at the World Economic Forum, Mrs Merkel reportedly joked that her exchanges with Mrs May were locked in a ‘loop’.

To laughter, she is said to have described how the PM keeps asking her to ‘make me an offer’ on the shape of post-Brexit relations.

At a reception with journalists at the World Economic Forum, Mrs Merkel reported joked that her exchanges with Mrs May were locked in a ‘loop’. The German chancellor is pictured speaking to reporters last year 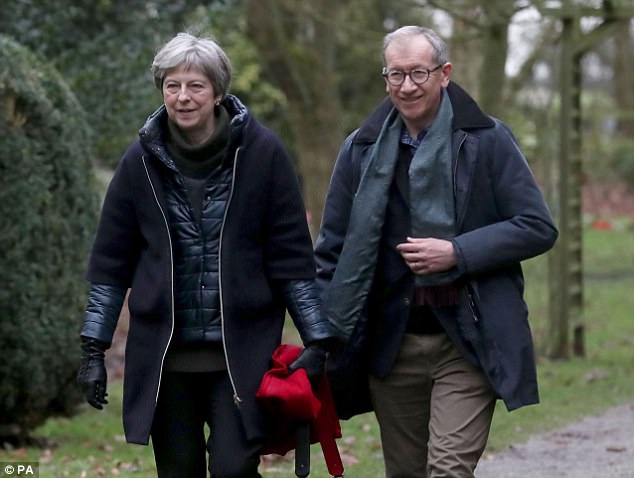 According to ITV News’ Robert Peston, Mrs Merkel said that she replies: ‘But you’re leaving – we don’t have to make you an offer. Come on what do you want?’

But Mrs May merely says again: ‘Make me an offer.’

The anecdote,  apparently left the gathering in fits of laughter – and underlines the challenge facing the PM as negotiation reach a crucial stage.

The UK is coming under intense pressure to clarify what sort of ‘end state’ it wants to secure after Brexit.

Mrs May finds herself caught between elements demanding a clean break from Brussels and those who want a ‘soft’ split.

Tory Eurosceptics have been threatening a potentially fatal revolt over fears that Britain is heading for ‘BRINO’ – Brexit In Name Only.

Jacob Rees-Mogg made clear yesterday that support for the PM was conditional on her sticking to the plan for a tough line against Brussels.

One pro-Brexit minister said Eurosceptic MPs were on a ‘hair trigger’ because of concerns they would be ‘betrayed’ by a final deal with the EU.

But on the other side Remain-backing MPs have been threatening to rebel against any attempt to force through a ‘hard’ Brexit.

In a sign of the tensions, it has emerged a minister branded Brexiteers ‘swivel-eyed’ on a Tory WhatsApp group.

According to a blog by ITV News’ Robert Peston, Mrs Merkel said that she replies: ‘But you’re leaving – we don’t have to make you an offer.’ 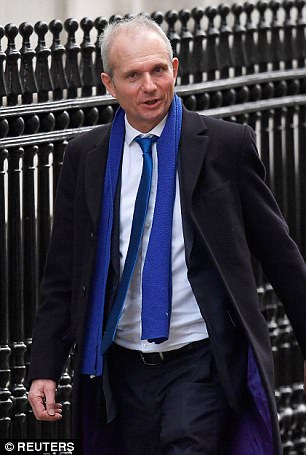 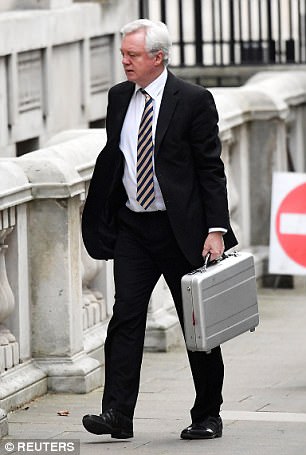 Other MPs are complaining that Mrs May needs to be bolder on the domestic front, saying policy-making needs to be less ‘tortoise’ and more ‘lion’.

The EU will today demand Britain signs up to Brussels laws and free movement rules during a transition period.

The bloc will set out a series of red lines as it formally adopts its negotiating guidelines for the next phase of the talks.

Demands include that the UK obeys EU laws for two years after 2019 without having any say in deciding them.

Britain will also have to keep paying into Brussels coffers, while free movement rules will continue.

But Eurocrats are already claiming that the UK will end up begging for longer than the two-year transition being mooted by the government.

Diplomats have suggested that up to five years could be needed to avoid a ‘cliff edge’ – the same length of time previously mooted by Irish ministers. 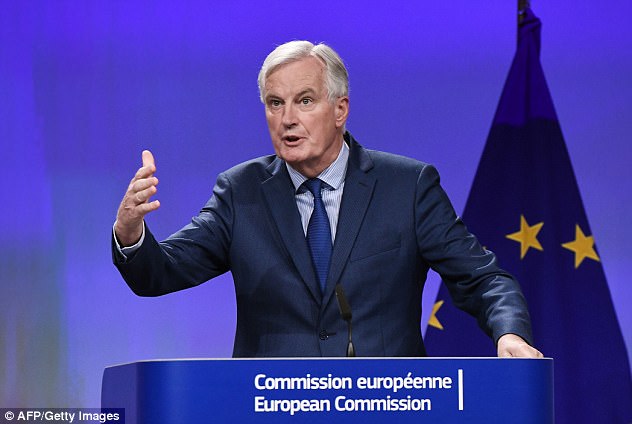