Former champion Angelique Kerber stormed into the Australian Open semi-finals with a 6-1, 6-2 victory over Madison Keys.

Both players have been extremely impressive this fortnight and it was a classic clash of styles between the ball-crunching talents of Keys and Kerber’s exceptional counter-punching abilities.

But from the start there only appeared to be one winner as Kerber, the champion here two years ago, not only defended superbly but turned that into attack. 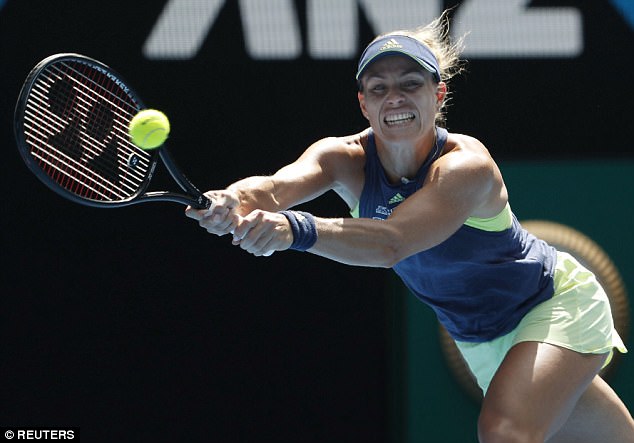 She hit 13 winners, the same number as her opponent, while Keys made 25 unforced errors compared to just seven from Kerber.

The American never settled into the match – much like her US Open final appearance, when she was similarly crushed by Sloane Stephens – with her poor record against Kerber perhaps in her mind.

Keys had only won one of their previous seven matches and had failed to win a set in the last three, but none of them had been quite like this.

The 22-year-old threatened to mount a recovery when she pulled back from 3-0 to 3-2 in the second but, after her serve was broken again in the next game, the match quickly went away from her and Kerber wrapped up victory in just 51 minutes. 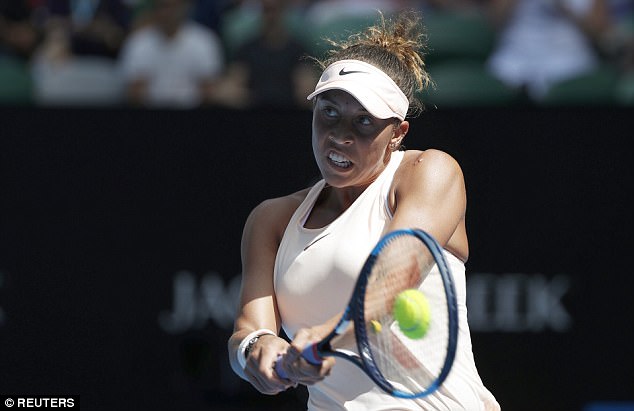 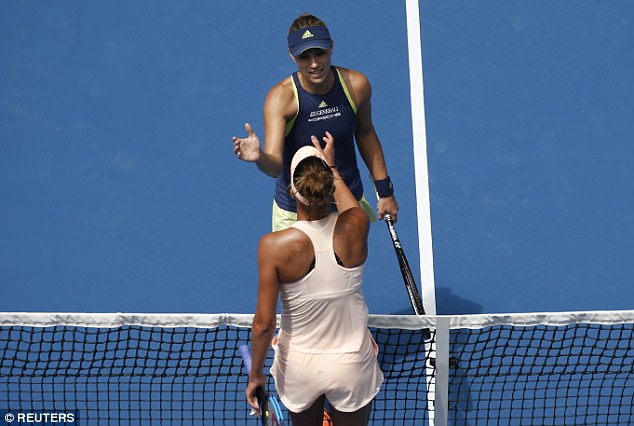 The German, who endured such a miserable 2017 after her brilliant 2016, is now guaranteed to return to the top 10 and extended her winning streak to 10 matches.

‘I was just trying from the beginning like I played the whole week, just going out there playing my game and trying to enjoy it.

‘Always when I play here I feel such great memories. I’m just happy to get through and to be again in the semis here.’