Two Mexican hitmen dressed as medics have been filmed shooting dead a civil servant inside his car as he left home with his son.

Victor Manuel Armante, 60, a Bacum city council official was backing out of his driveway in Senora state at around 7am on Tuesday, with his 28-year-old son Victor Manuel Jr.

Two assassins dressed in white waited for the car to draw level with them before one opened fire at the driver’s side window.

Armante died in the car while his son was rushed to hospital with a facial injury, local media reported. 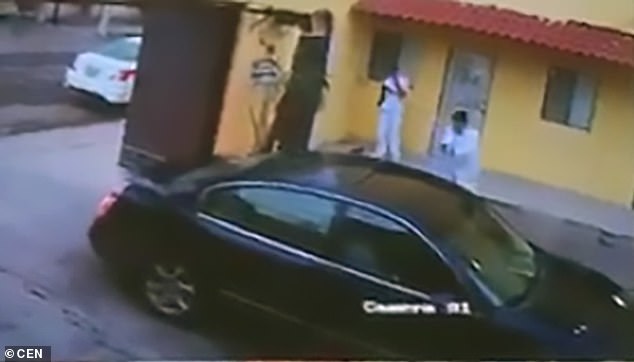 One of the men remains in position while the other shoots through the driver’s side door, killing the 60-year-old council official 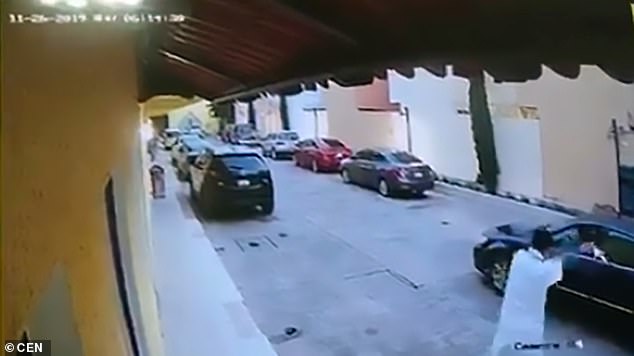 In the footage the shooter appears to fire several times and Armante’s car speeds backwards, his foot presumably pushing down on the pedal after he is hit.

One of the men wearing white jumps into a car while the other can be seen dashing down the street with a holdall.

The official reportedly survived a previous attack on his life on 28th February when he managed to escape an ambush and hide in a police station.

The state authorities have confirmed they are investigating Armante’s death and that no one has been arrested so far.

The state of Sonora borders with the US and is said to be a key region for drug trafficking organisations. 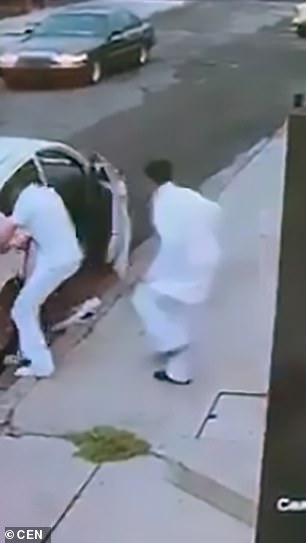 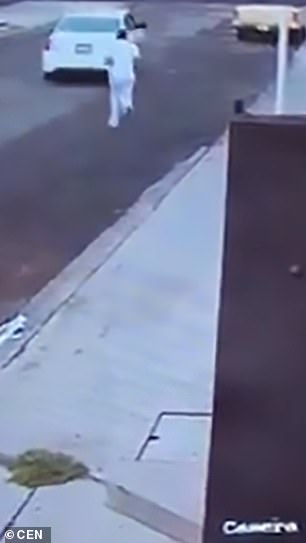 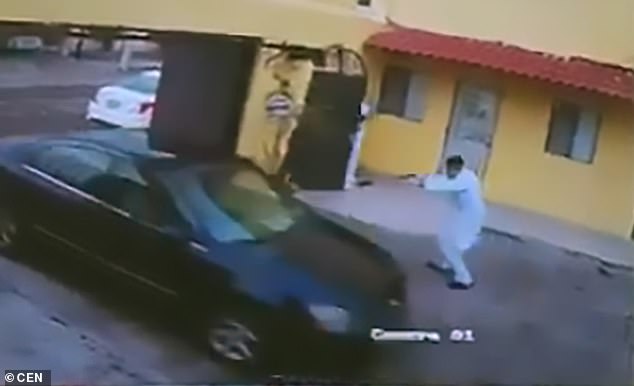 In the first nine months of 2019, 761 homicides have been recorded in the state, according to the Secretariat of Public Security.

The figure is nearly double the number for 2009 when 404 homicides were registered.

Reports said the state is contested between members of the Jalisco New Generation Cartel, the Sinaloa Cartel and factions of the Beltran-Leyva Cartel.