‘He can’t keep getting away with it!’: Mum of 14-year-old autistic boy whose phone was smashed by Cristiano Ronaldo at Everton demands the Manchester United star is given ‘the right punishment’ after being charged with improper conduct by the FA

The mother of an autistic teenager whose phone was smashed by Cristiano Ronaldo at Goodison Park has implored the FA to dish out the ‘right punishment’, insisting that the striker ‘can’t keep getting away’ with his ‘unacceptable behaviour’.

His mother Sarah Kelly, 37, has now urged the governing body to discipline the Portuguese forward appropriately. 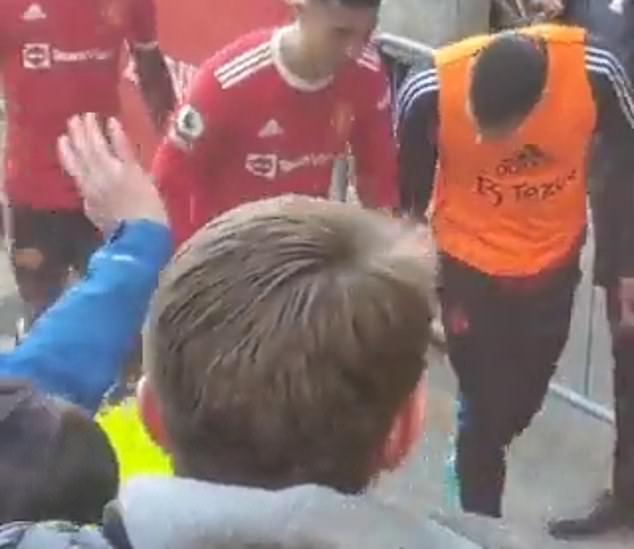 ‘Let’s hope he finally gets the right punishment,’ she told the Mirror. ‘He can’t keep getting away with it. His behaviour is unacceptable.’

Jacob was left with a bruised hand and broken phone after the incident.

Shocked by the 37-year-old’s conduct, Kelly admitted she did not know how the Red Devils veteran could sleep at night ‘knowing the distress he has caused to a young fan’.

The forward, 37, was charged with improper conduct by the Football Association on Friday

She continued: ‘I’m being hounded by people saying I’m dragging it up again but I didn’t know anything about it.

‘He should have been dealt with six months ago. My son talks about what happened to him every day. He still hasn’t had his phone back.’

The FA’s statement on Friday read: ‘Cristiano Ronaldo has been charged with a breach of FA Rule E3 for an incident that took place after Manchester United FC’s Premier League match against Everton FC on Saturday 9 April 2022.

‘It is alleged that the forward’s conduct after the final whistle was improper and/or violent.’ 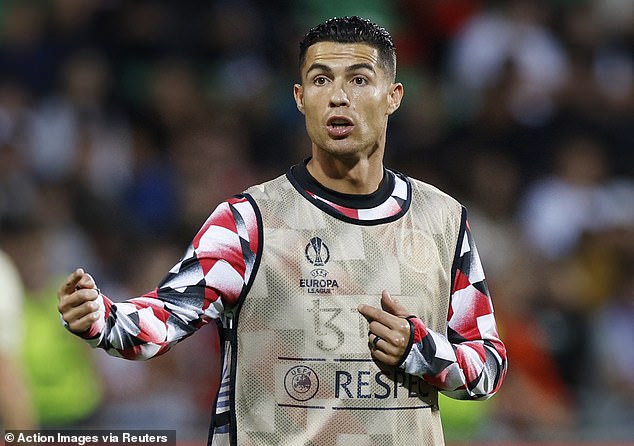 Ronaldo apologised on social media and invited the boy to watch a game at Old Trafford as his guest. He wrote: ‘It’s never easy to deal with emotions in difficult moments such as the one we are facing.

‘Nevertheless, we always have to be respectful, patient and set the example for all the youngsters who love the beautiful game.

‘I would like to apologise for my outburst and, if possible, I would like to invite this supporter to watch a game at Old Trafford as a sign of fair-play and sportsmanship.’

A statement from United on Friday read: ‘We note the FA announcement in relation to Cristiano Ronaldo. We will be supporting the player in his response to the charge.’