She’s the glamourous former lawyer who is about to tie the knot with her hunky Bachelor fiancé Tim Robards.

And while the pair are more loved up than ever, Anna Heinrich, 31, revealed there’s one aspect of their lives they don’t share.

Speaking to The Daily Telegraph on Tuesday, the star admitted she and hunky beau Tim have separate accounts so he won’t see what she’s splashing out on.

Money matters: Anna Heinrich, 31, has said she and hunky Bachelor fiance Tim Robards, 31, have separate accounts so she can spend on things she doesn’t want him to see, including for their upcoming wedding

‘Tim and I have separate accounts and while I don’t want him to see what I buy – I won’t go crazy,’ the blonde beauty said in the interview.

‘I went to see my wedding planner the other day and we have organised the majority of it,’ she continued.

‘I like to plan everything with lists well before it needs to be done and there are still a few things I have in mind that are a bit expensive.’

The bronzed blonde will ring the bell for the David Jones Boxing Day sale this year, which start at 5am on Tuesday. 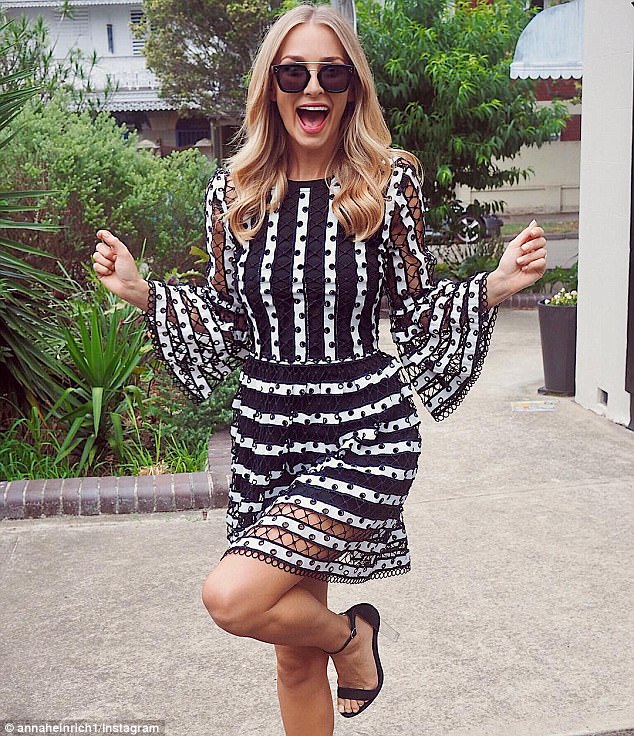 Despite the statuesque blonde and hunky Tim being the first local couple to tie-the-knot, Anna confirmed a TV crew will not be there.

Instead, Anna said she was planning to release the snaps of the couple’s special day herself. 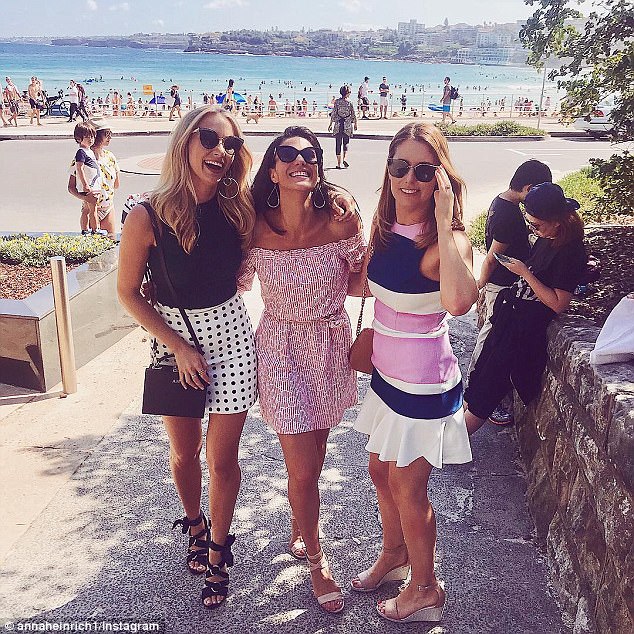 Fashionable: Anna Heinrich (left), 31, will ring the bell at David Jones this year for the Boxing Day sales

Now in her early thirties, Anna also divulged in the interview she now feels as though she has the confidence to push the boundaries of her fashion choices.

Admitting she receives fashion advice from her mum and sister, Anna explained she refuses to be pushed into wearing clothes that aren’t her style.

Anna added she has learnt which clothes suit her body shape and tries to opt for attire that complements her figure. 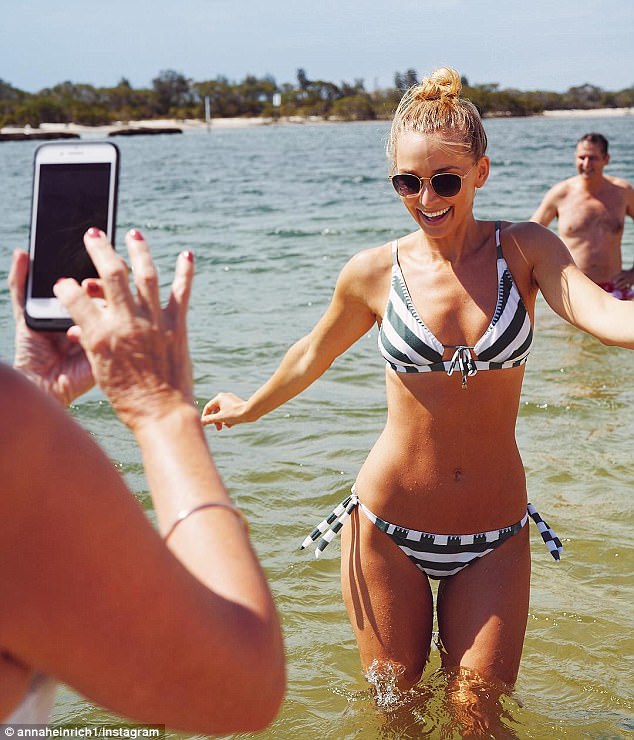 Living it up! The pair have cut a relaxed figure on holiday on the NSW central coast earlier this month 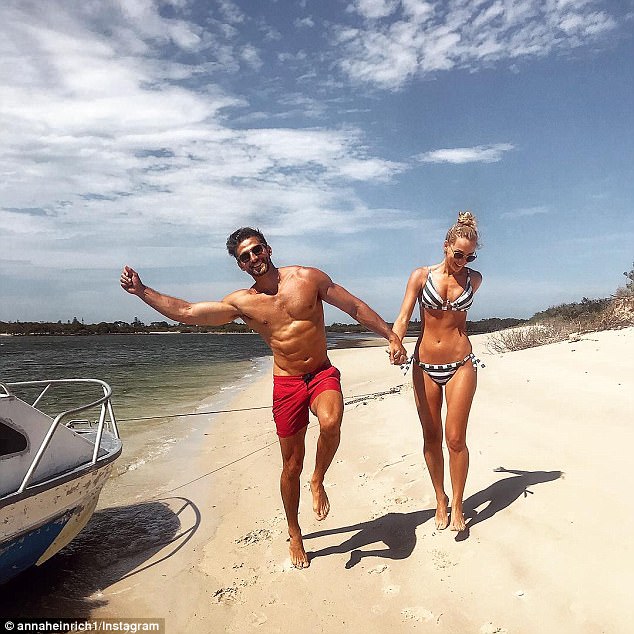