The fashion worlds of Britain and the US collided in France this afternoon as Edward Enninful and Anna Wintour chatted at Paris Fashion Week.

The editors of British and US Vogue sat next to each other at the Giorgio Armani Prive show, where they appeared deep in conversation before smiling for a photo.

The Vogue editors looked stylish as ever as they sat next to each other, with Ms Wintour wearing a patent, burgundy leather coat on top of a printed silk dress, while Mr Enninful wore a black coat with lapels over a shirt and trousers.

The British Vogue editor enjoyed the Armani show days after he was in the audience at Beyoncés exclusive, yet controversial, concert to open the Atlantis The Royal hotel in Dubai.

After the show, Ms Wintour was pictured chatting to Michelle Yeoh, who was nominated for a Best Actress Oscar earlier today. 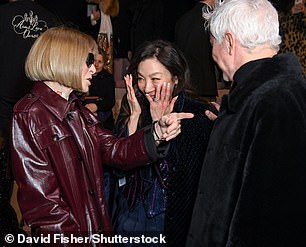 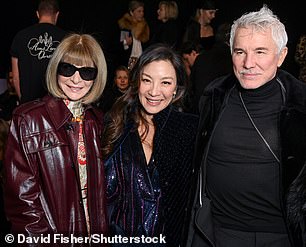 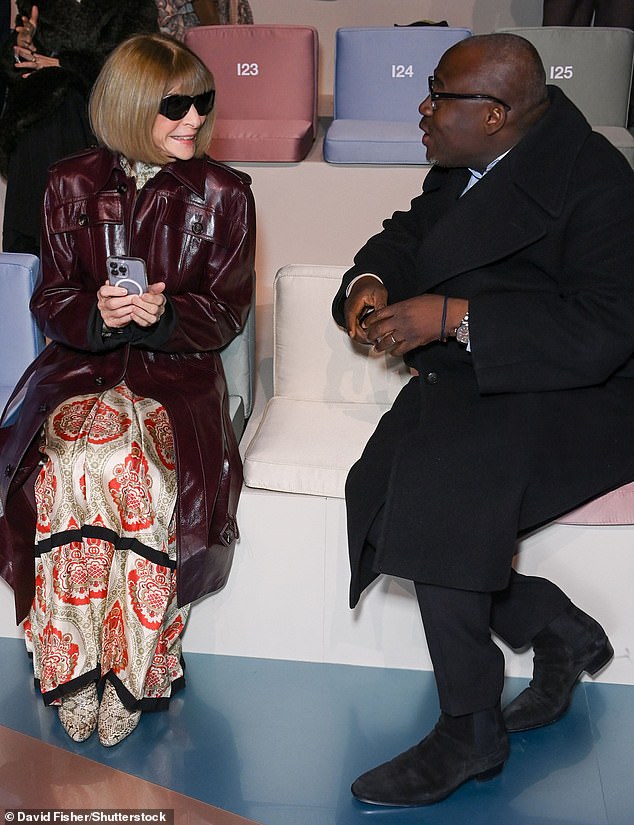 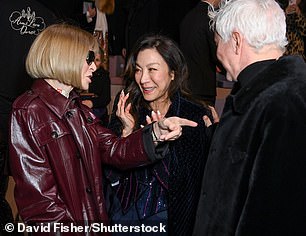 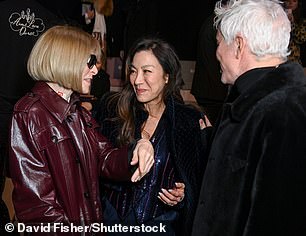 Michelle Yeoh, who was nominated for Best Actress Oscar earlier today for her role in Everything Everywhere All at Once

The actress was nominated for her role in Everything, Everywhere, All at Once.

She was spotted in a very chic all black jumpsuit with a fishnet bust, which she paired with a velvet black jacket for the occasion.

She was accompanied by her sister Valeria Bruna Tedeschi, who looked equally relaxed during their low-key appearance at the fashion show. 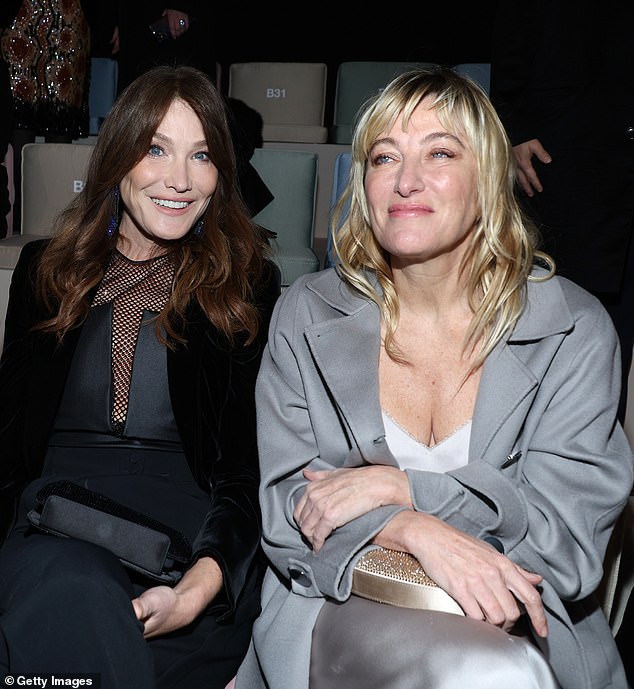 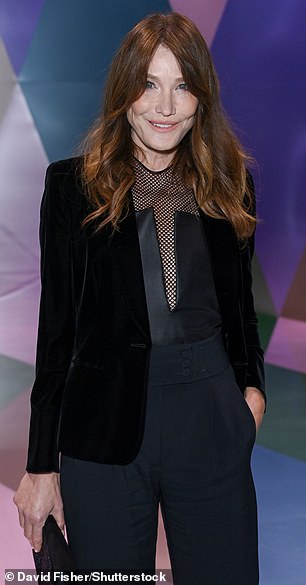 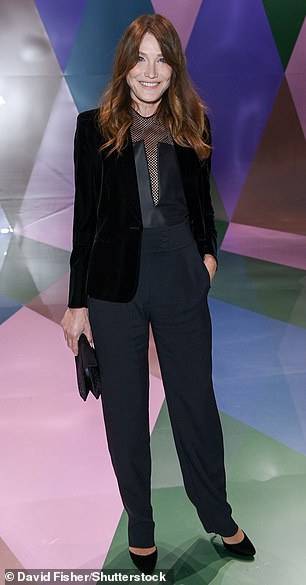 The singer and supermodel looked relaxed in an all black look that mixed three different materials, which she paired with black velvet heels

Valeria, an Italian-French actress, 58, opted for a silky smooth grey number for her outing, in contrast to her younger sister’s darker get up.

The Giorgio Armani show was a relatively low-key affair compared to yesterday’s Schiaparelli SS23 show, which received criticism for its use of animal head replicas.

The Italian Fashion House’s collection was slammed as ‘disturbing’ as models including Irina Shayk and Naomi Campbell appeared on the catwalk wearing dresses featuring lion and wolf head replicas.

Photographer Misan Harriman, who has shot a cover for Vogue, said on Twitter: ‘Dear fashion industry, this is NOT the way to start the year.

‘Nope NOPE NOPE! Be better Schiaparelli. This is disturbing.’

Schiaparelli confirmed in an Instagram post that no animals were harmed in the making of the fashion line.

However, environmental campaigner Carrie Johnson said it didn’t matter if the line was ‘real or fake’ and accused it of ‘promoting trophy hunting’.

Responding to criticism of the outfits, Shayk, 37, took to Instagram to defend the looks and stated she was proud to have appeared on the catwalk for Schiaparelli.

She wrote: ‘I support these incredible artists who worked tirelessly, with their hands, using wool, silk, and foam, to sculpt this embroidered Lion, and image of Pride, An image that @schiaparelli invokes while exploring themes of strength.

‘I am honored to have been called on as well to lend my art as a woman to this.’