‘Christmas Grinch’ Annastacia Palaszczuk is blasted as she threatens Queenslanders with a $14,375 fine for a ‘tradition’ that’s been around for decades

Queensland Premier Annastacia Palaszczuk has been labelled a ‘Christmas Grinch’ for reminding residents in her state they could face a whopping fine this festive season if they’re caught cutting down pine trees to keep in their house.

The premier took to Facebook on Wednesday to issue the stark warning to her constituents that they could be up for a $14,375 fine this Christmas if they decide to cut down a tree on the side of the road.

‘Stealing a tree could cost you $14,375 this Christmas,’ Ms Palaszczuk wrote, alongside a stressed emoji.

‘If you’re after a real tree this Christmas, grab it from your local plant nursery and support good Queensland jobs.’

The post cited the Forestry Act, where the maximum penalty for the unlawful removal of trees from a plantation area is a fine of $14,375 for a first offence while a fine for a subsequent offence can be up to $28,750.

A Facebook post (pictured) by Queensland Premier Annastacia Palaszczuk threatened a $14,375 fine for the removal of trees from plantation areas 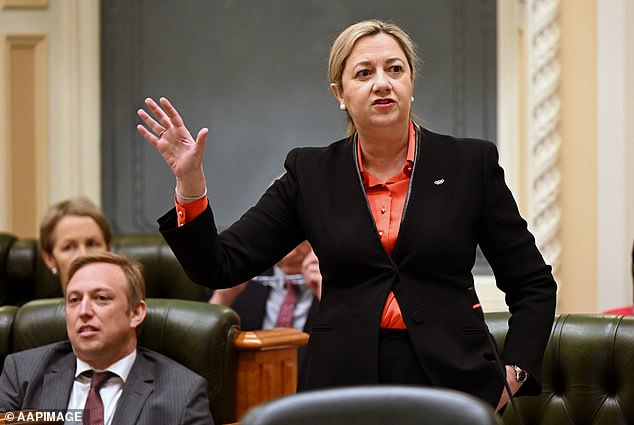 One user pointed out the ‘radiata pine trees are an introduced and invasive species’.

Others were outraged the ‘out of touch’ premier was focusing on ‘trivial’ issues while Australians faced a cost of living crisis.

‘Some people can’t even afford a Christmas lunch with their family and you want to fine people $14k for cutting down an introduced tree species. Get real,’ one user wrote.

Another user suggested the premier should focus on ‘helping families instead of this ridiculous petty nonsense’, and to remember that Christmas is ‘a time for giving and for people to come together’.

The fast-growing Radiata pine is the most common species used for Christmas trees in Australia.

It is considered an environmental weed in Queensland and other Australian states and territories. 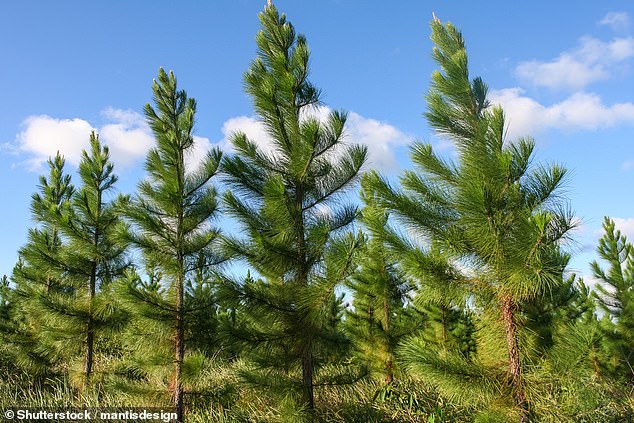 Many Australians are feeling the pinch of increased cost of living pressures as the inflation rate hit 7.3 per cent in the September quarter.

The Reserve Bank has predicted a peak of around eight per cent inflation by the end of the year.

Recent data from the Institute of Public affairs (IPA), compiled for Daily Mail Australia on November 15, revealed Australians are spending an extra $7,800 a year on household bills this year compared with 2021 with the price of groceries, housing and transport hitting the hardest.

The rising cost of housing was the biggest factor for Aussie families, increasing by $2,637 or about $220 a month.