Anne Robinson bemoans modern women for being too ‘fragile’

Broadcaster Anne Robinson has sparked outrage after saying modern women are too ‘fragile’ over sexual harassment and claimed her generation had a more ‘robust attitude’ to ‘men behaving badly’.

The former The Weakest Link host, 73, was joined by the Royal Court theatre’s artistic director, Vicky Featherstone, in a discussion about sexual harassment in the workplace, on BBC Radio 4’s Today programme.

Over the weekend Prime Minister Theresa May ordered a Cabinet Office inquiry into whether International Trade Minister Mark Garnier had breached the ministerial code over claims that he asked his Commons secretary to buy sex toys and called her ‘sugar t**s’.

And former culture secretary Maria Miller claimed earlier this month that she had been sexually harassed ‘numerous times’.

Robinson, who also spoke on BBC show Victoria Derbyshire Live said: ‘There is a certain amount of “the attitude you have”‘

Robinson, who also spoke on BBC show Victoria Derbyshire Live said: ‘There is a certain amount of “the attitude you have” – I can’t say I’ve come across much of this behaviour, I honestly haven’t, and I think it’s because I developed a “don’t mess with me attitude” to it. Bullies only operate where they think there’s a weakness.’

Robinson added: ‘Even a former female cabinet minister is now telling us how bad it is.

‘It’s the first time she’s spoken out …These women are there to protect other people.

‘Why has this come to us now? Why haven’t they been fighting for some sort of recognition of this behaviour? Why?’ 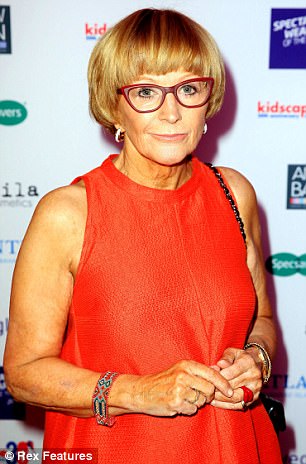 Broadcaster Anne Robinson has sparked outrage today with her comments

‘In the early days, 40 years ago, there were very few of us women in power and, I have to say, we had a much more robust attitude to men behaving badly.

‘Now what seems to have happened, the glass ceiling has been shattered but running alongside that is a sort of fragility amongst women who aren’t able to cope with the treachery of the workplace.

‘It shouldn’t be happening but, on the other hand, why have women lost confidence and why do, certainly MPs, a PA to a trade minister, feel they have to get and buy sex toys when they’re asked to? I despair.

‘How come the Prime Minister, only 24 hours ago, decided this was a problem … What has happened is it has become inconvenient to ignore it anymore…

‘It shouldn’t be going on but it would be helpful …. if women, particularly older women and women in power, stopped it being tolerated. There needs to be a collective amongst women.’

@gailf wrote: ‘Now we have Anne Robinson blaming women for not speaking out – she clearly doesn’t understand the balance of power in all cases. If you speak out people don’t believe you.’ 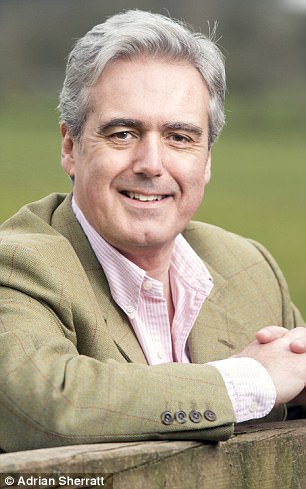 Theresa May has ordered an inquiry into whether Mark Garnier, pictured, breached ministerial conduct rules

@Peasoup wrote: ‘Anne Robinson is a dinosaur who should not be given air time.’

@tealtastic wrote of the broadcaster: ‘Shame on Anne Robinson. This is classic victim blaming. Absolutely disgusted. Get her off the air.’

Her comments come in the wake of the Harvey Weinstein allegations, and as actor Kevin Space apologised for any ‘inappropriate drunken behaviour’ with a 14-year-old in 1986.

Theresa May ordered the inquiry into whether Mark Garnier breached ministerial conduct rules.

It follows allegations the 54-year-old father of three asked his assistant to buy two vibrators and called her ‘sugar t*ts’.

While he admitted the stories, the international trade minister under Liam Fox strenuously denied they constituted harassment – describing them as merely ‘high jinks’.

As Westminster faced a fresh series of claims of sex harassment, former Cabinet minister Stephen Crabb admitted sending explicit text messages to a 19-year-old he had interviewed for a job.

And a series of lurid claims have been circulating around the corridors of power over two senior Cabinet ministers. 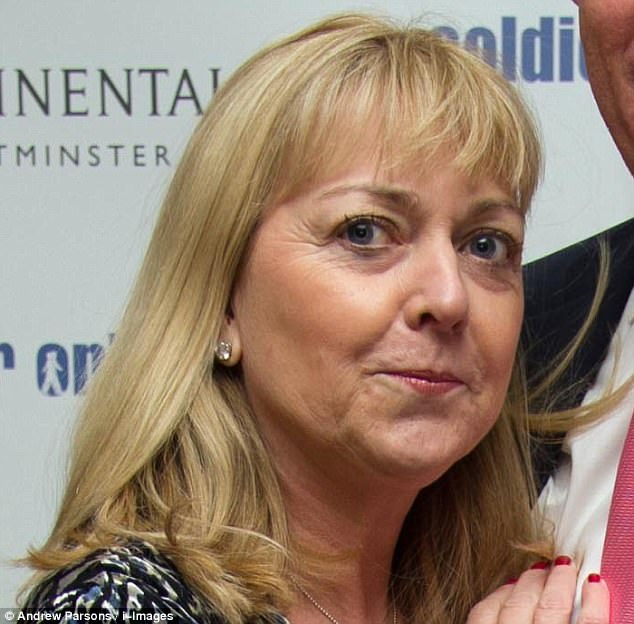 It follows allegations the 54-year-old father of three asked his assistant Caroline Edmondson, pictured, to buy two vibrators and called her ‘sugar t*ts’

The decision to investigate Mr Garnier was disclosed by Health Secretary Jeremy Hunt during an interview on BBC1’s The Andrew Marr Show.

‘These stories, if they are true, are obviously totally unacceptable,’ he said. ‘The Cabinet Office will be conducting an investigation into whether there’s been a breach of the ministerial code in this particular case.’

The code’s provisions were considered sufficiently broad for Theresa May to order an inquiry, even though it does not specifically cover ministers’ conduct towards their Commons staff.