ANNE ROBINSON urges Theresa May not to call a second referendum

The key to getting a good deal is to convey that you intend to play dirty and make it hard for the other side to cause trouble, writes Anne Robinson

I wouldn’t like to be in Theresa May’s shoes – even her pointy leopard-print ones – this weekend. Who would?

What she faced in Salzburg on Thursday was the equivalent of staring down a cul-de-sac to find wild horses charging towards you.

Does it surprise me? Not in the least.

Anyone whose bread and butter depends on shrewd negotiating, be it a fee for a television programme or the price for 1,000 acres, has been looking on in despair at Britain’s tactics for months.

The first, second and third rule of getting what you want out of any deal is to appear like an immoveable object, to convey that you intend to play dirty and make it hard for the other side to cause trouble.

But, most crucially, prepare for the worst possible outcome. Britain’s preparations for a no-deal Brexit have been pitiful.

So we saw a doubtful Prime Minister going into a battle without a single weapon in her handbag.

She caved into EU demands and came up with the Chequers deal – the detail of which most of us have long since forgotten.

It was inevitable that Britain was going to be humiliated. How can you succeed when you look as if you wish none of this was happening?

So where do we go from here? Certainly not to a second referendum.

In fact, I might well slap the next Remainer who tells me that we need a second vote before we can leave the EU.

And make no mistake, the pressure to ignore the result of the 2016 referendum is going to continue.

Theresa May might have said that she will not consider a second vote, but I wouldn’t bet on it. 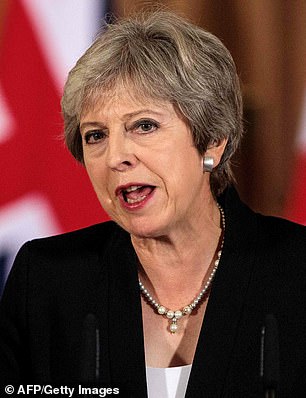 I am sick of Remainers believing they occupy the moral high ground while treating Brexiteers with the sort of hysterical anger and grief you’d expect if you’d just run over their dog.

I’m sick of them demanding to know why I want to give up our role in Europe. For this they deserve another slap.

The last time I checked, the European Union wasn’t the same as Europe. That’s precisely why I voted to leave. Nothing has happened since to make me change my mind.

The idea that the decision should be revisited beggars belief, the equivalent of two sportsmen agreeing to toss a coin, then one of them disliking the outcome and insisting on a second chance.

In other words, the exact opposite of democracy and precisely what you would expect from the EU, an institution with three presidents, none of them elected.

In any other circumstances, Remainers would regard such a ploy as despotic. What if we treated a General Election in the same way?

The politicians I’ve most admired have had one thing in common – they were all democrats. They might have violently disagreed with each other.

They might have been of the ‘Right’ or ‘Left’. But they were happy for their differences to be settled in Parliament.

It’s a worrying idea that a sizeable minority of voters want to side with politicians who distrust Parliament.

If we advised Americans that the Supreme Court would be much better overruled by a foreign power that controls taxes, they would think we were nuts.

Or if they were still listening, they might politely point out that Australia doesn’t run on those lines. Nor does Latin America, Africa or countries in South East Asia.

And if the outcome of a second referendum was the same as the first, would Remainers want us to keep going till they got the result they want? 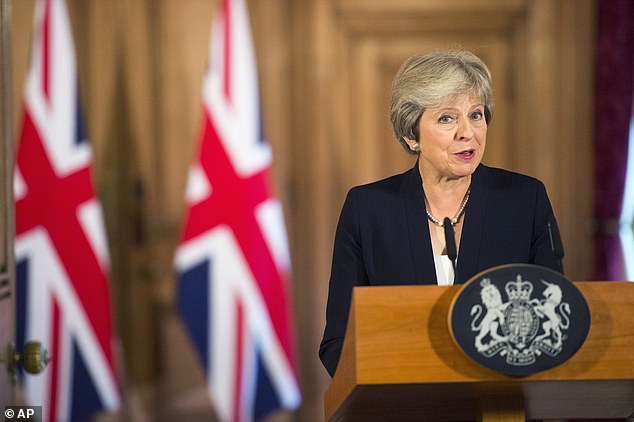 Theresa May might have said that she will not consider a second vote, but I wouldn’t bet on it

As it happens I am not a great fan of referendums. But occasionally they serve a purpose. In the 2016 referendum, people at least knew what they were being asked to decide.

In the leaflet the Government sent to every British household – at a cost to taxpayers of £9 million – there was the solemn, unambiguous pledge: ‘This is your decision. The Government will implement what you decide.’

As far as I am aware, nobody canvassed with the argument that it was only about seeing which way the wind was blowing. Voters believed the verdict would be accepted; a done deal.

Those thrilled by the current stalemate will crow yet again that leaving the EU is difficult and dangerous.

Yes, it’s difficult to face dramatically altering our political status. Whoever thought it wouldn’t be?

You can’t belong to something for more than 40 years and not expect disruption.

But to stay simply because ‘that’s what we’ve always done’ is the cry of the ageing retainer who is terrified of change.

When you look at the deal we’ve lived with for so long, you don’t need a magnifying glass to examine the small print.

You just have to be astonished we’ve gone along with the pressure to integrate on an alarming scale.

Only within the EU has the political power of individual countries been surrendered in the mistaken belief that there is no other way to have a voice on the world stage.

Who in their right mind thinks a system that denies any country the right to control its borders, decide taxes, frame regulations or its trading relationships, has any merit?

As for Brexit looking dangerous – how can it be worse than being leg-ironed to the EU?

If we leave properly and are free to trade, there is nothing to prevent this country making itself a far more attractive place for investment.

Britain is suffering not because of Brexit but because of the uncertainties caused by the incompetence in handling our departure.

On Friday, to her credit and for the first time I can recall, Theresa May looked and sounded statesman-like.

But was it just a ploy to get through the looming Conservative Conference? Is she really prepared to ditch the Chequers deal and try something else?

I don’t know. But what I do know is that, like every move connected with her EU negotiations, it was far too late.

I don’t like catcalling a decent woman doing her best. But in these negotiations, Theresa May’s best hasn’t been good enough.