Ansu Fati has put pen to paper on a new long-term contract at Barcelona and has been handed the no.22 shirt.

The 17-year-old sensation enjoyed a breakthrough campaign at the Catalan giants last season, scoring eight goals and recording an assist for his side from his 33 appearances in 2019/20.

Now Fati –  who broke a 95-year national record earlier this month to become Spain’s youngest ever goalscorer – has signed a new contract until 2024 which includes a mammoth £367million (€400m) release clause. 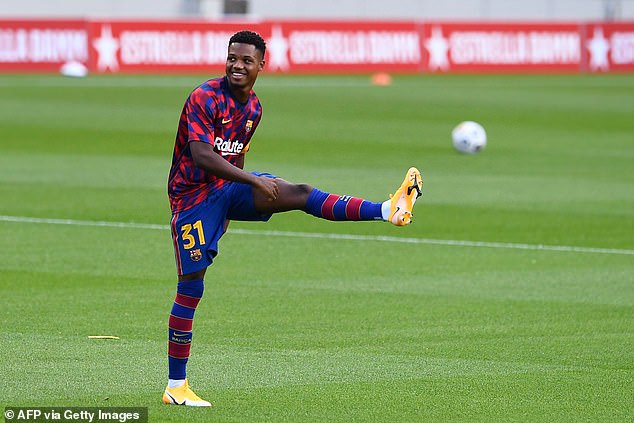 Fati’s original deal at the LaLiga outfit was due to expire in two years time but the club have tied him down to fresh terms and increased his original £211m release clause by £156m.

The club have also officially unveiled their teenage sensation as a member of their senior squad ahead of his 18th birthday next month on October 31.

That could lead to further opportunities for Fati – who had been linked with a sensational move to Manchester United earlier this year – to make up the Barcelona attack alongside the likes of Lionel Messi and Antoine Griezmann.

The winger became the second-youngest player in the club’s history to be handed his full debut during a 5-2 win against Real Betis in August last year aged 16 years and 298 days. 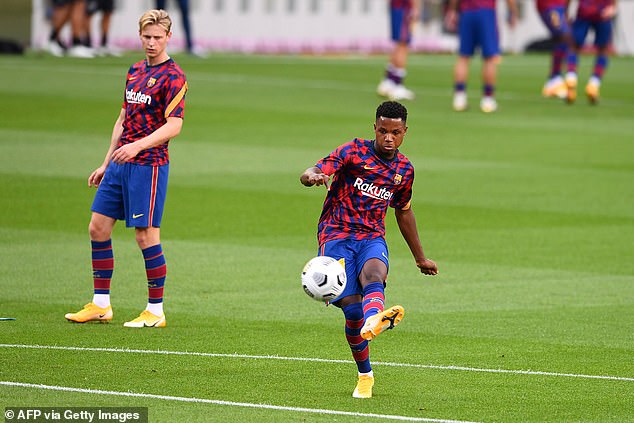 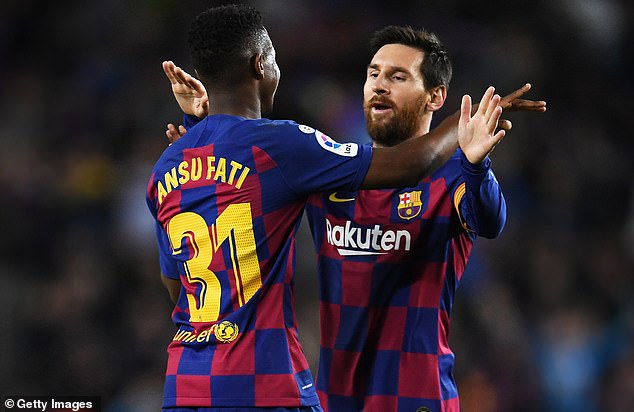 A week later, Fati wrote himself into the club’s history books again after becoming their youngest goalscorer of all-time in a 2-2 draw with Osasuna.

This summer, he made his mark on the international stage, earning his first two caps for his country under Luis Enrique in their stalemate with Germany and defeat of Ukraine, in which he broke Juan Errazquin as the youngest player to score for the national team in 95 years.

Barcelona kick off their LaLiga opener against Villarreal, and earlier this month the 17-year-old said he would do his all to impress new boss Ronald Koeman after he replaced Quique Setien. 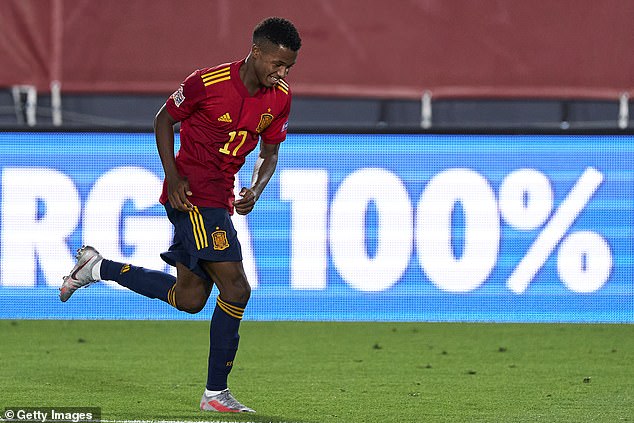 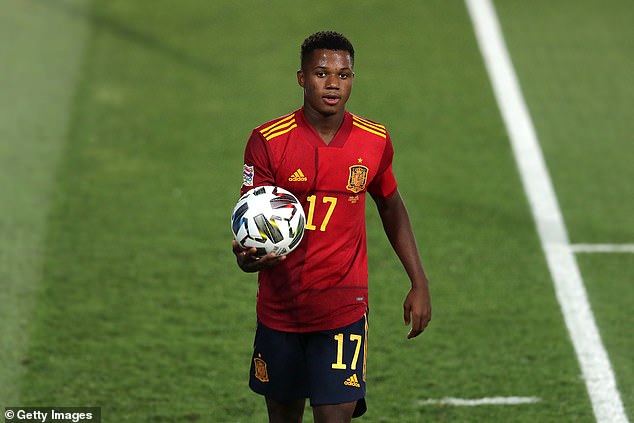 ‘I will continue working and the coach is the one who decides,’ Fati said when asked if he can play more at Barca this season.

‘I will train hard, if I have the opportunity I will try to take advantage of it.’

Koeman could look to make Fati one of the cornerstones of this new Barcelona side, with Arthur, Nelson Semedo, Carles Perez, Marc Cucurella, Ivan Rakitic and Arturo Vidal all having departed this summer, while Luis Suarez is on the verge of signing for Atletico Madrid.

The Uruguayan striker was seen leaving the club’s training ground in tears on Wednesday ahead of his £3.7m move to Barcelona’s LaLiga rivals. 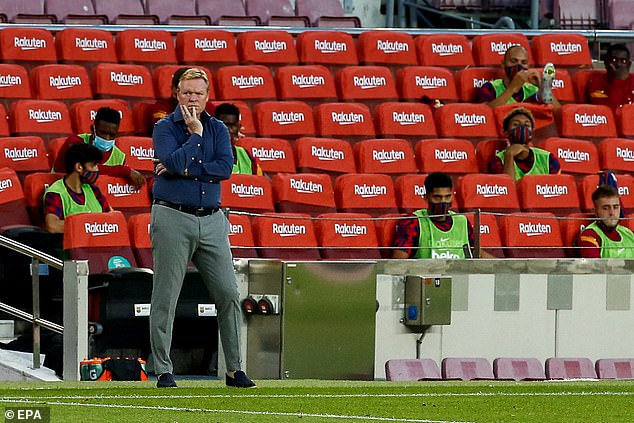