Wendy Webster Turner is pictured with her sister Anthea Turner

She was chased through the courts for money after the collapse of her ex-husband’s £100million property business.

Now Anthea Turner could be raided by bailiffs after failing to settle a claim for thousands of pounds of debt run up by her sister.

The 57-year-old is being sued in the county court by company executive Amanda Cavill de Zaveley, 52, for more than £5,000 in missed rent payments racked up by her sister Wendy Turner Webster when she was living in Mrs Cavill de Zaveley’s £850,000 home in West London.

Miss Turner had agreed to act as a guarantor for television presenter Mrs Webster, 50, and her 53-year-old husband, actor Gary Webster, when they began renting the five-bedroom house in Isleworth, with their two sons in December 2011.

But after the family moved out in December 2015 owing three months’ rent, Miss Turner refused to pay off the debt – saying she had stopped being the guarantor when the couple renewed their initial 18-month tenancy.

The one-time Blue Peter presenter was served a county court judgment ordering her to pay Mrs Cavill de Zaveley £5,111.15 in June but continues to insist she is not the guarantor and will not pay the debt.

Mrs Crawford said: ‘I’m one of three sisters and I would always help a sister out. We have sent her emails and she’s completely ignored them. 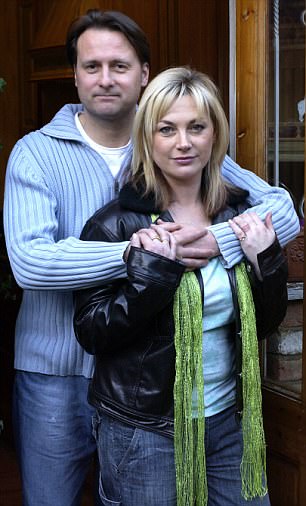 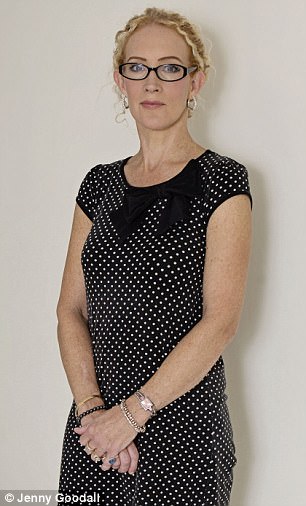 ‘We have had enough now. We are looking at getting bailiffs to go round to Anthea Turner.’

At the height of her success in the 1990s, Miss Turner found herself fronting both the GMTV breakfast programme on ITV and The National Lottery Live on BBC at the same time.

But her fortune began to fade after leaving her first husband Peter Powell, the former Radio 1 DJ, for businessman Grant Bovey.

Miss Turner and Mr Bovey, 56, who left his first wife for the TV presenter, married in 2000 and enjoyed a lavish lifestyle as his property business took off.

At its peak the business was worth £100million and enabled the couple to buy Barbins Grange, a £10million estate in Dunsfold on the Surrey-Sussex border which had its own polo pitch, stables, outdoor swimming pool and a helipad in the garden.

In her prime, Anthea Turner was paid £1million a year as the co-presenter of breakfast show GMTV with Eamonn Holmes on ITV.

At the same time she was also working for rival channel BBC1, hosting The National Lottery Live from 1994 to 1996.

Once the second-highest paid woman on TV behind Cilla Black, she also enjoyed a jet-set lifestyle as the presenter of ITV’s travel programme Wish You Were Here…?

But Miss Turner found new levels of wealth after marrying property tycoon Grant Bovey, who built a £100million buy-to-let firm with Miss Turner by his side and then saw it collapse in the credit crunch.

In the wake of the 2008 financial crisis, the one-time golden girl of daytime television was reduced to scrubbing floors in TV commercials as the face of Flash cleaning products.

In 2009, shortly before Mr Bovey was declared bankrupt, Miss Turner told the Daily Mail: ‘I still have designer clothes, but these days you’re more likely to find me in Matalan, River Island, New Look – even Primark.

‘We’re not super-rich people who can weather this storm without noticing. We’re ordinary Middle England and, like a lot of those people, we’ve taken a hit.’

They also purchased a £5million French ski chalet and enjoyed many indulgences, from Mr Bovey flying in by helicopter to property shows on the French Riviera to Miss Turner having a boob job.

‘I was a floppy 34B and now I’m a 34C – I would highly recommend it,’ she said then. ‘I think Grant would say it’s the best three grand he ever spent.’

But when the credit crunch struck in 2008, Mr Bovey’s company faltered and he found himself bankrupt and owing millions.

Last year it emerged that Miss Turner was being hounded by Mr Bovey’s creditors for £1.6million, a portion of the money she is understood to have banked from the failed business.

She and Mr Bovey divorced in 2015 after he left her for a blonde socialite half her age.

Her sister, best known for presenting Channel 4 show Pet Rescue, and former EastEnders actor Mr Webster asked Miss Turner to be their guarantor after they were unable to get a reference for their rented home in 2011, according to Mrs Crawford.

The couple fell behind on their rent and apparently used a variety of explanations for their late payments.

‘They gave the most bizarre excuses for not paying,’ said Mrs Crawford. ‘They said direct debits were delayed because there was a takeover of an international bank and also talked about a problem with money in a bank in Cyprus.

‘Gary also claimed their accounts were frozen at one point because the bank was worried about “oligarchs”. We knew they were lying about the money problems, it was embarrassing really.’

After the Websters moved out of the property in 2015, Mrs Crawford began pursuing Miss Turner for the debt.

‘Gary Webster claimed he had fallen out with Anthea Turner so she was no longer the guarantor,’ she added.

When approached, Miss Turner’s agent insisted the star was no longer the guarantor and has instructed lawyers to get the county court judgment overturned.

Mrs Webster’s agent said that the dispute is ‘still in the court system being assessed and awaiting a date for mediation to come to a resolution’.