A furious tradie has confronted Prime Minister Anthony Albanese for being overseas while floods ripped through central New South Wales.

Mr Albanese was confronted by the angry local as he toured Eugowra with media on Tuesday, where hundreds were evacuated last week after a flash flood swept through, destroying houses and gutting shops.

The water rose so quickly that 159 people – one-in-three residents – had to be rescued either by helicopter or boat.

The flood survivor accused Mr Albanese of failing on his election promise.

‘All through the election one of your slogans was “[Scott Morrison] wasn’t here to hold a hose.

Mr Albanese responded to the angry man, saying he had been representing Australia overseas at the G20 in Indonesia summit.

‘I’ve come here straight away. I’m here as soon as I could be, and I was in touch with Dom Perrottet,’ Mr Albanese said.

Mr Albanese’s response appeared to calm the man who said: ‘I’m not trying to have a go, we need as much help and support now.’

His latest trip overseas comes as he faces scrutiny for the amount of time he has spent away from Australia since he was elected in May.

The PM flew to the Quad meeting in Japan a day after winning the election on May 21, a necessary and important meeting Mr Albanese had no control over after former prime minister Scott Morrison set the date of the federal election. 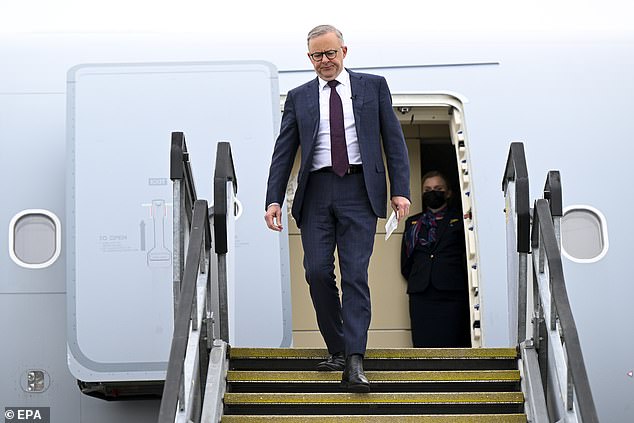 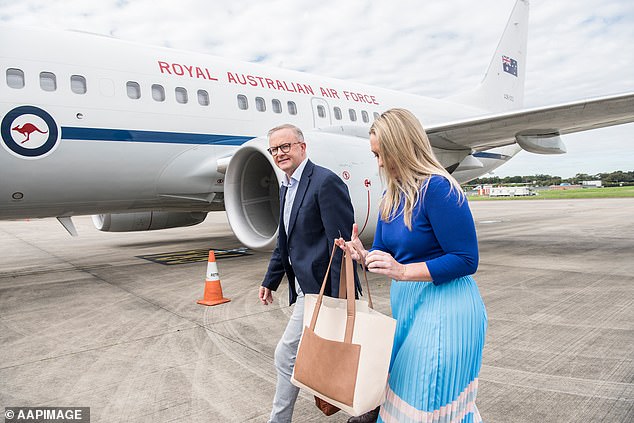 Since May, the PM has visited Japan, Spain, France, Ukraine, Indonesia, the UAE and Thailand

In early June, the PM went to Indonesia to meet with president Joko Widodo.

Mr Albanese has also travelled to Spain for the Nato summit, France to meet President Emmanuel Macron and repair relations between the two countries, Ukraine to meet President Volodymyr Zelensky amid the war with Russia, and the United Arab Emirates to visit Australian soldiers stationed in the country.

His frequent foreign travels have led to critics dubbing him ‘Airbus Albo’, with his trips abroad while NSW deals with a fourth flooding crisis compared to Scott Morrison’s overseas holiday at the height of the 2019 bushfires.

During Mr Albanese’s visit to flood-ravaged Eugowra, grants of up to $50,000 were announced for impacted businesses and non-profits to be jointly funded by the state and Commonwealth.

Mr Albanese noted the courage and resilience of locals and thanked volunteers and emergency personnel who had turned up to help others.

‘This is about working together,’ he said.

In addition, 46 local government areas will receive $1 million to help with the recovery effort and grants available for primary producers have been increased to $75,000.

Individuals and families are also eligible for a one-off payment of $1000 for every adult and an additional $400 for each child.

‘We’re providing what support we can to people at this time,’ Mr Albanese said.

‘We’re talking about billions of dollars worth of damage in NSW alone,’ Ms Simson said.

All levels of government should be working together to reconnect key trade routes ahead of the summer harvest, including rolling out ADF personnel to get the job done.

‘Whether it takes bringing in the army … we’re saying do whatever is necessary,’ Ms Simson said.

An SES spokesperson told AAP the ADF had so far not been assigned to help rebuild roads in the central west.

However Regional Roads Minister Sam Farraway said 200 contractors and workers from Transport for NSW would be deployed there and in the Riverina to help reconnect the road network.

‘Early estimates from councils indicate that 10,000 kilometres of roads have been affected, which will take many months to repair,’ he said.

Mr Albanese said all levels of government were co-operating to provide as much assistance as possible.

‘The whole of Australia feels for you,’ he said.

‘We realise that you are doing it really, really tough and we will stand by you in these difficult times.’ 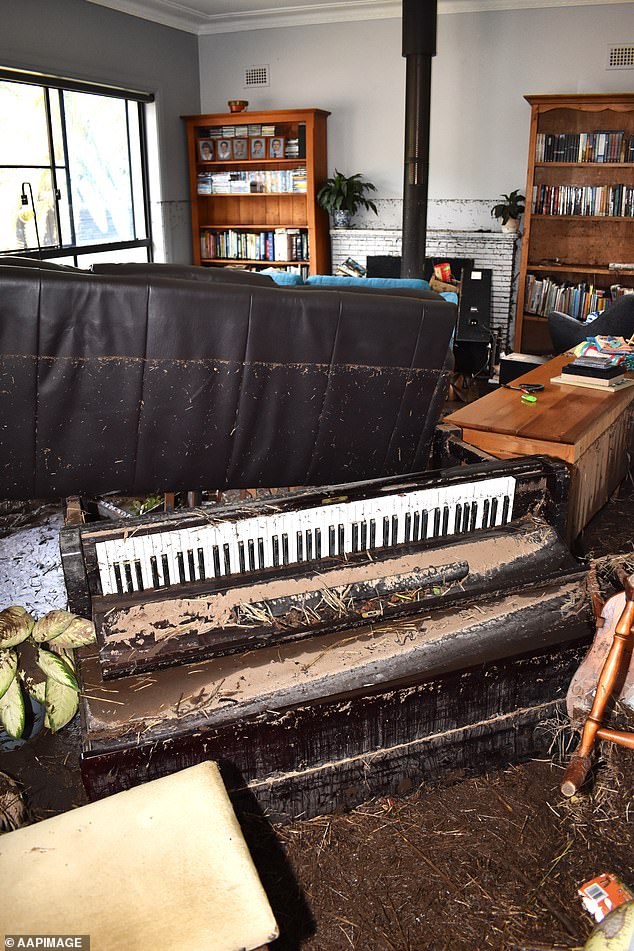 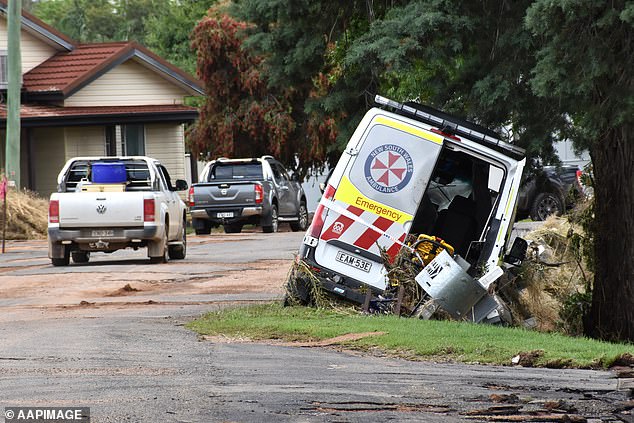 Mr Perrottet said he would work with the prime minister and premiers to develop national legislation to ensure rebuilding happens in a way that doesn’t further endanger lives and property.

‘Almost every community across NSW right now is at risk of flood,’ he said.

‘We can’t in many circumstances unwind the past but we cannot make those mistakes going forward.’

The State Emergency Service is continuing preparations along the Lachlan River at Euabalong and Edward River at Deniliquin, with sandbagging, resupply and evacuation help.

The immediate response is also focused on Forbes, Condobolin, Euabalong, Eugowra, Walgett and Bourke in the northwest, and Hay, Albury, Echuca, Mildura, Wentworth, Deniliquin and Moulamein in the south.

The latter is isolated and its 500 residents were urged to evacuate under escort on Tuesday afternoon or face being stranded for weeks.

Major flooding is still occurring at Condobolin and Euabalong where the Lachlan may peak at eight metres by Thursday – higher than the 1952 floods. 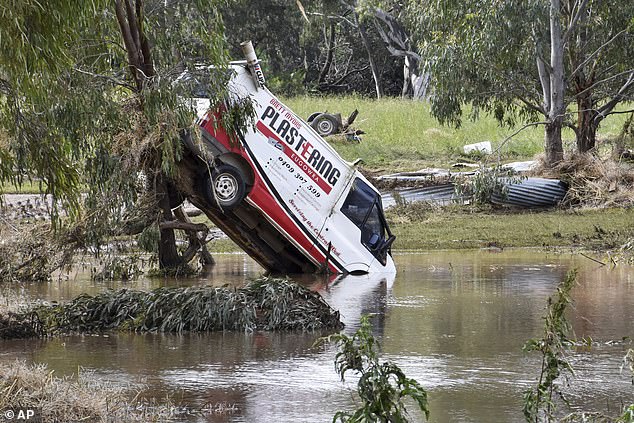