Small businesses may have to fork out tens of thousands of dollars in consultant fees under Anthony Albanese’s new workplace laws.

A contentious part of the bill being debated in Federal Parliament allows businesses to be dragged into a multi-employer agreement if their workforce votes for it.

Costs of engaging in this bargaining process could be $175 an hour, a report from the Department of Employment and Workplace Relations estimated.

Australian Chamber of Commerce and Industry chief executive Andrew McKellar claimed the consultant fees would be more like $400 an hour.

‘Revelations from the final Senate committee hearing today confirm what we’ve known all along. This bill has been rushed and is at best, half-baked,’ he said.

The Opposition seized on the figures after they were revealed at Senate committee hearings on Tuesday, asking three pointed questions during Question Time.

Liberal senator Michaelia Cash branded it ‘a small business bargaining tax’ they would have to pay ‘for the privilege of being compelled potentially to negotiate an agreement’.

However, there are numerous ways businesses could avoid paying the fees, either by avoiding multi-employer bargaining altogether or having someone else pay.

Firstly, all businesses with up to 15 staff are exempt from being forced into multi-employer bargaining, which may be raised to 20 as the bill is negotiated. 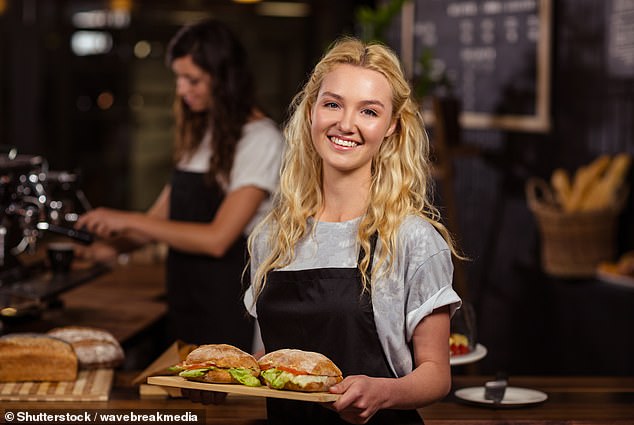 That stream of bargaining is free, didn’t involve strikes, and was optional for those with 15 or fewer workers.

‘Our expectation is that most small businesses would be in the co-operative stream where they can use off-the-shelf agreements,’ she said.

Commentary around the issue also ignored that many businesses already have to pay consultants to negotiate enterprise agreements, and organisations like the Chamber of Commerce often foot the bill.

The minister repeatedly told parliament 90 per cent of all Australian businesses would be exempt and not incur any costs.

If all else fails, the federal Budget allocated $7.9 million to assist small business in bargaining, which they could apply to reimburse the costs. 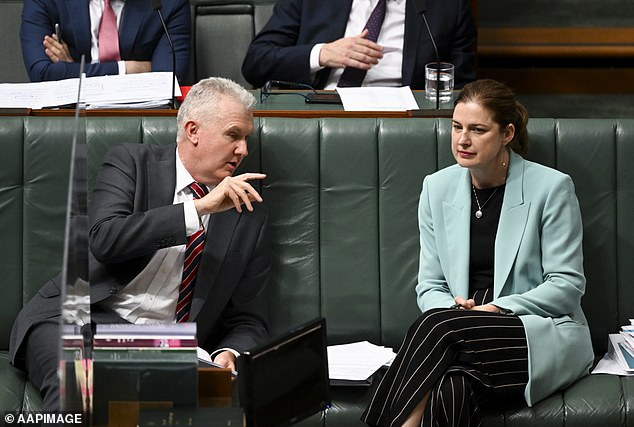 Whether the bill will pass this year at all will go down to the wire as the government negotiates with key crossbench senators over the details.

Independent senator David Pocock said he supported 85 to 90 per cent of the bill but wanted time to consider the impacts of its more complex aspects such as multi-employer bargaining.

He said the rushed inquiry diminished the value of the final report with the public not given enough time to make submissions.

‘It affects too many Australians, too many workers, too many small businesses,’ he told reporters on Tuesday.

‘My priority has been working through the details, consulting, ensuring that we get the details right.’

The Australian Chamber of Commerce and Industry claimed the $175 an hour figure the Department of Employment and Workplace Relations estimated is far too low.

Instead it argued the consultancy costs, at a market rate, would be about $438 an hour, according to Doyle’s Guide pricing reports, adjusted for inflation.

ACCI chief executive Andrew McKellar said this meant that, according to the government’s estimates of how long the bargaining would take, employers could expect to pay between:

‘Alarmingly, the bill’s own Regulatory Impact Statement also shows that even small business owners will have to spend at least 4.6 hours every day for up to six months, away from their businesses, negotiating a multi-employer agreement,’ the business lobby group said.

Mr McKellar said he last thing businesses needed need was tens of thousands of dollars in extra costs as they struggled with rising inflation and energy bills along with a worker shortage.

‘Even under its own methodology, the government has vastly underestimated the direct costs to business of being dragged into multi-enterprise negotiations, let alone the costs of being forced to work under unsuitable arrangements determined in union offices,’ he said.

‘There’s no doubt that businesses want higher wages for all Australians. When wage growth is strong, businesses and families benefit.

‘Yet the government’s proposal to implement sweeping multi-employer bargaining changes will do nothing to help deliver bigger pay packets.’

But Workplace Relations and Employment Minister Tony Burke says he doesn’t want to wait to get wages moving, arguing the changes will put upwards pressure on incomes.

Fair Work Commission and departmental officials were grilled by crossbench MPs on Tuesday.

‘They’re saying, ‘proceed with caution, despite what you’ve been told this is not necessarily what it stacks up to be’,’ he said.

But the department’s assistant secretary Jennifer Wettinger said the bill was designed to deliver gender equity.

‘What international research shows is multi-employer bargaining in particular has a positive impact on gender equality,’ she said.

Ms Wettinger said female-dominated, low-pay industries would benefit the most.

Senator Lambie remains concerned business competitors might be forced to bargain together, and said the focus should shift to improving Australia’s award system.

‘I just wonder if we could do a better job in that system,’ she said.

‘If they don’t believe they’re getting paid enough, that takes me back to the award system.’ 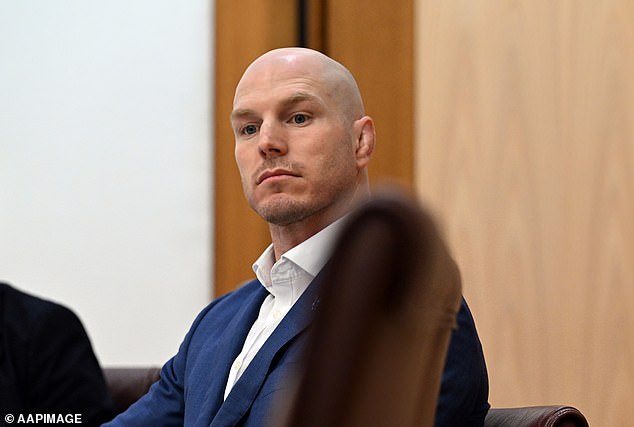 The opposition is calling for more consultation, rejecting multi-employer bargaining.

A parliamentary report into the laws called for increasing the definition of a small business from 15 to 20 workers, while urging for more clarity on worker protection.

Though crossbench senators have yet to indicate their final position on the bill, Mr Shorten said the changes would be sensible.

‘I’m sure that the government will listen very carefully to the report’s recommendations,’ he told ABC Radio on Wednesday.

‘I don’t think the wages system will ultimately sink or swim on whether it’s 15 or 20 (workers), but that’ll be up to others to negotiate.’

Deputy Liberal leader Sussan Ley hit out at the changes, saying small businesses would still be worse off under the reforms.

‘(The report) did make that modest change, lifting 15 to 20, but that’s not going to make a difference,’ she told Sky News.

‘We know that the effect this is going to have on small businesses is incredibly bad.’

The government had said it wanted to pass the bill by the end of the year in order to get stagnant wages moving faster. 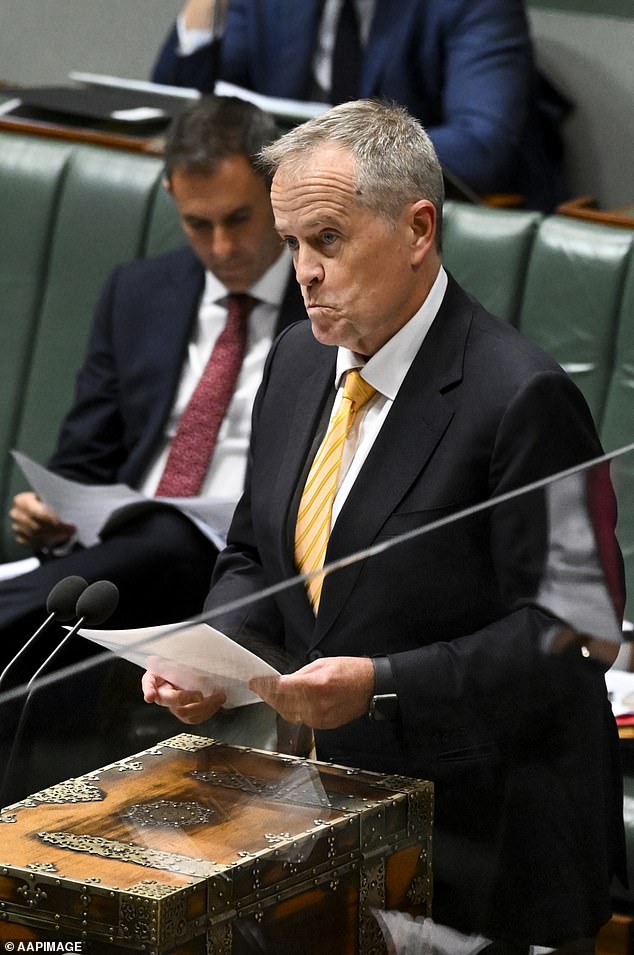 However, the debate on the bill comes as Reserve Bank Governor Philip Lowe warned during a speech on Tuesday that increasing wages to match rapidly rising inflation could have a negative impact.

‘If we all buy into the idea that wages have to go up to compensate people for inflation it will be painful, so best avoid that,’ he said.

Mr Shorten said it was still an issue that wages were not moving.

‘If wages move too far too fast, that’s not desirable, but wages not moving at all is a disaster,’ he said

Crossbench MP Helen Haines said there were still several questions and uncertainties remaining on the bill.

‘For me, it’s important to understand what is the evidence to determine this threshold (of small businesses) and I know this is going to be thrashed out in the Senate,’ she told ABC Radio.

‘I expect the bill will return to the house. I will consider it again, based on the debate and the evidence that comes before me at that point.’