Dr. Anthony Fauci is set to release a book on COVID and appear in a new Disney-backed documentary despite being accused of multiple flip-flops on the virus

On Tuesday, it was revealed that the infectious disease expert, 80, will publish a tome titled ‘Expect the Unexpected: Ten Lessons on Truth, Service, and the Way Forward’. It will be released by National Geographic Books on November 2.

Details of the top doctor’s deal with the publisher have not been made public, so it is unclear how much he may be paid for the work. Both Barnes & Noble and Amazon have listed the 80-page book for pre-order at the price of $18.

Meanwhile, Fauci will also be the subject of a new ‘Disney-backed biopic’ documentary set for release later this year.

Documentary filmmakers reportedly followed Fauci throughout 2020, capturing footage of him working as part of the White House Coronavirus Task Force. E-mails obtained by The Washington Post Tuesday reveal ex-Disney boss Bob Iger was ‘extremely supportive’ of the project when it was pitched early last year.

It is also unclear whether Fauci stands to profit from that film, but the two new projects highlight how he looks set to stay as a prominent public figure even after the pandemic ends.

Fauci is currently the highest paid federal employee in the country, making $417,608 per year as the director of the National Institute of Allergy and Infectious Diseases. In comparison, the US President is paid $400,000 per annum.

Dr. Anthony Fauci is set to release a book on COVID and appear in a Disney-backed documentary despite being accused of multiple flip-flops on the virus

Fauci’s forthcoming book will be compiled of interviews that he has conducted during his 34-year stint as the director of the NIAID.

An overview of the book states: ‘Before becoming the face of the White House Coronavirus Task Force and America’s most trusted doctor, Dr. Fauci had already devoted three decades to public service.

‘Those looking to live a more compassionate and purposeful life will find inspiration in his unique perspective on leadership, expecting the unexpected, and finding joy in difficult times.’

The overview further states: ‘The earnest reflections in these pages will offer a universal message on how to lead in times of crisis and find resilience in the face of disappointments and obstacles’.

It’s unclear just how receptive Americans will be to Fauci’s book. New York Gov. Andrew Cuomo released a book about the COVID-19 pandemic late last year, which was a ‘sales disaster’, according to The New Republic.

Fauci has now faced criticism for flip flopping on masks and for downplaying the idea that COVID-19 came from a lab in Wuhan, China – with that allegation now being seen as increasingly credible. 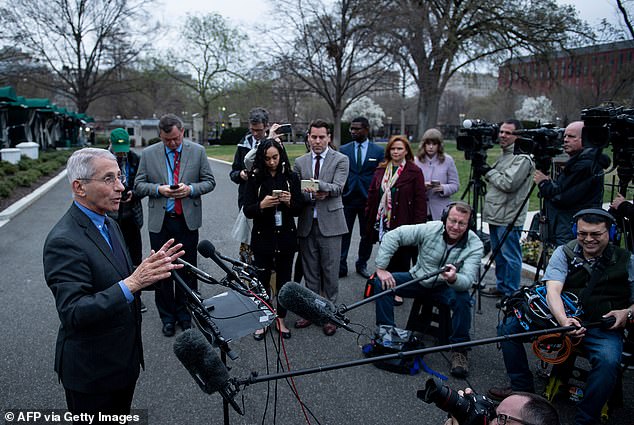 Fauci will also be the subject of a new ‘Disney-backed biopic’ set for release in late 2021. Filmmakers followed the doctor for much of last year while he was at the forefront of the COVID pandemic 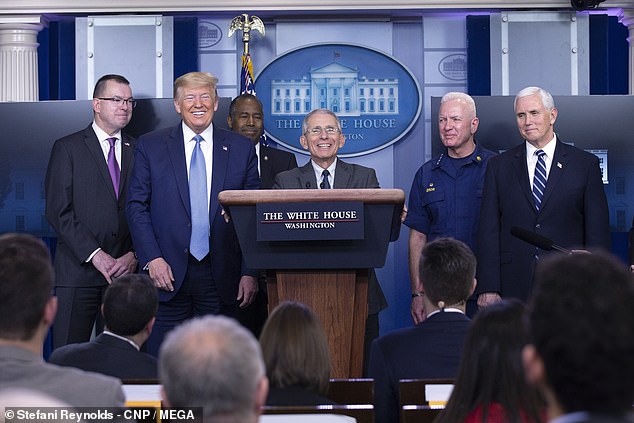 Fauci became a household name as a member of Trump’s White House Coronavirus Task Force. His forthcoming projects highlight how he looks set to stay as a fixture of American public life even after the pandemic ends. He is pictured on March 21, 2020

The book is one of several about Fauci that is scheduled to hit shelves in the coming months.

A children’s picture book about the expert, titled ‘Dr. Fauci: How a Boy from Brooklyn Became America’s Doctor’, is slated for release on June 28.

It draws upon interviews the author, Kate Messner, conducted with Fauci himself.

Meanwhile, the Fauci documentary is set to air on National Geographic later this year.

The channel – which is owned by The Walt Disney Company – has not announced an air date. 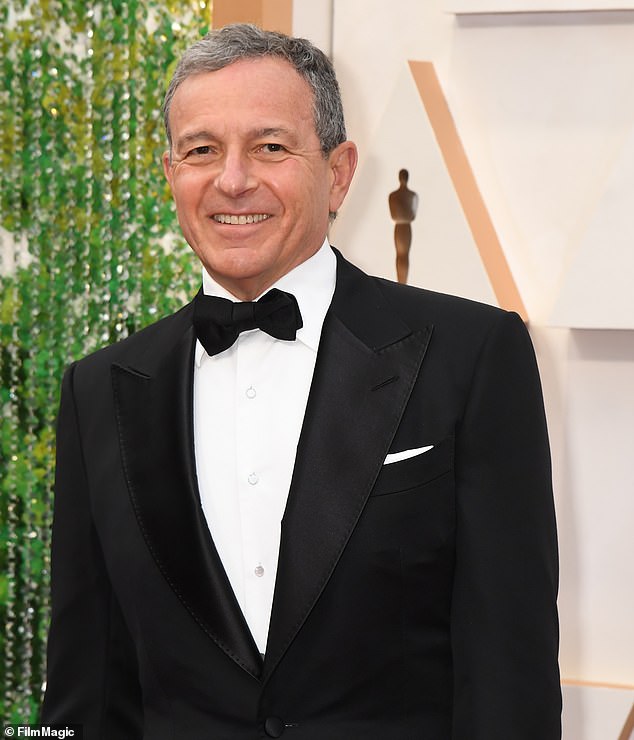 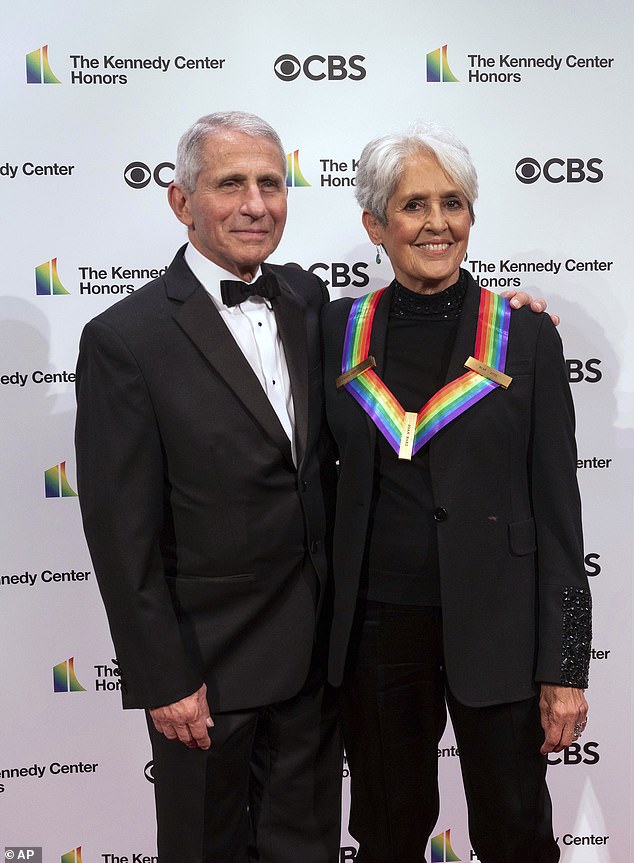 It is unclear whether the documentary will feature footage of Fauci telling the American public back in March of last year that they do not need to wear face coverings.

Fauci stated on camera on March 8, 2020: ‘There’s no reason to be walking around with a mask. When you’re in the middle of an outbreak, wearing a mask might make people feel a little bit better and it might even block a droplet, but it’s not providing the perfect protection that people think that it is.’

It is also unclear whether footage of Fauci downplaying the theory that COVID-19 originated in a Chinese lab will also appear in the documentary.

Now that the theory appears increasingly likely, Fauci has conceded that further investigation should be conducted as to the origins of the virus.

‘I do not have any accounting of what the Chinese may have done and I’m fully in favor of any further investigation of what went on in China,’ he told a congressional committee last week.

Governor Andrew Cuomo received a $5million advance for his COVID-19 book last year and donated $500,000 of the proceeds to charity, leaving the rest for his three daughters who he said worked ‘tirelessly’ through the pandemic.

Cuomo was slammed for the book which was released in the midst of the pandemic and despite him being blamed for thousands of COVID deaths in nursing homes.

His book publisher, Crown – a division of Penguin Random House – stopped promoting it after the nursing home scandal, and as a number of women publicly accused him of sexual misconduct this year.

The book is for sale on Amazon for $6.82 but when dividing what he was paid by how many have actually sold, it puts the price at $111 per copy. 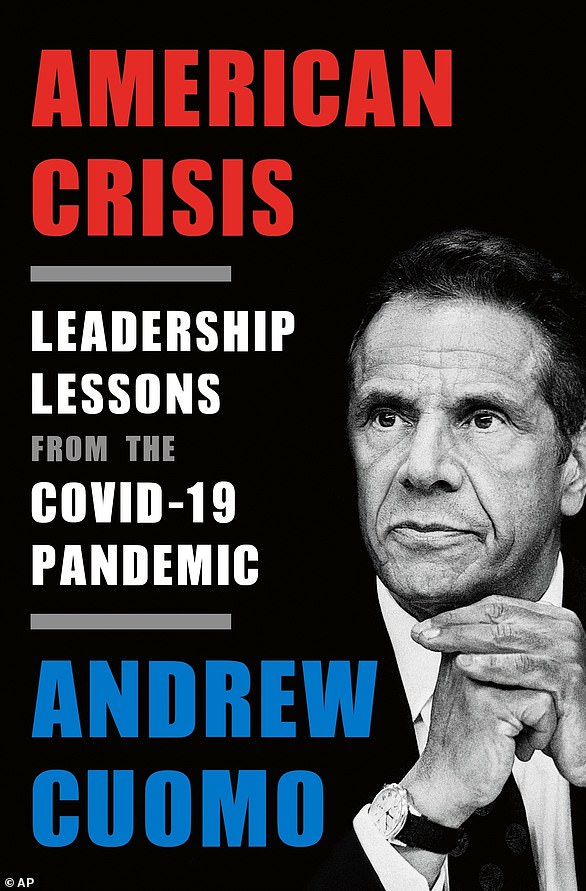 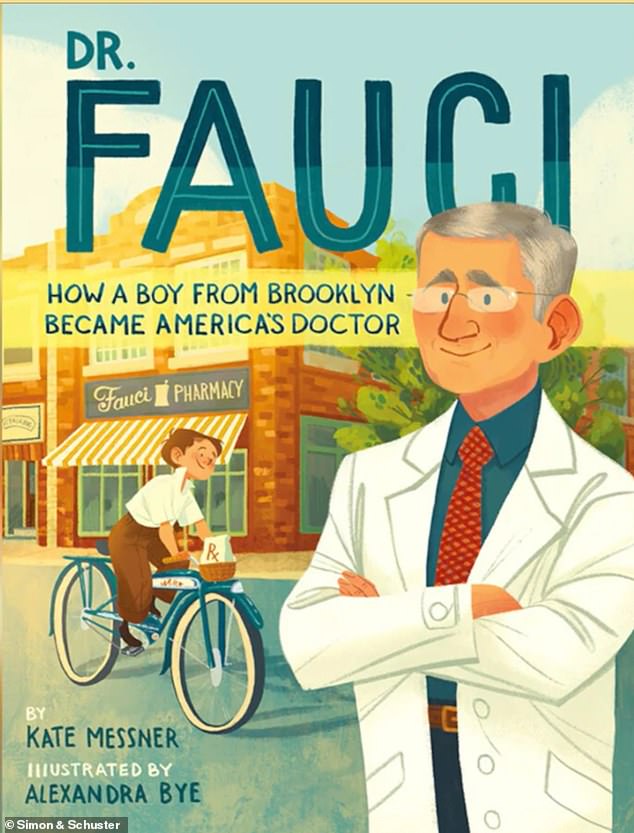 A children’s book has been written about the life of Dr. Anthony Fauci due out in June