Anthony Fry, who died in 2016, was a painter much cherished by collectors and a smallish but enthusiastic public.

It’s hard to say why a painter in many ways so expert and enjoyable doesn’t ascend to the top rank of critical acclaim, but his reputation never quite matched that of the painters he associated with – Terry Frost, Ivon Hitchens and his cousin Howard Hodgkin.

The Holburne Museum in Bath has mounted a delicious small survey of his work, and it makes you think he might have been underestimated. 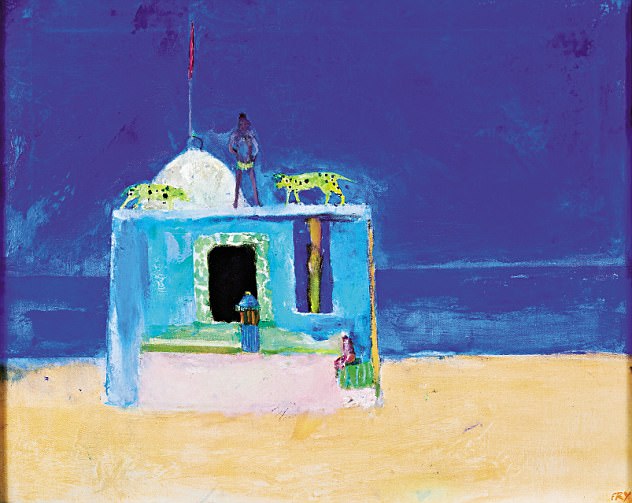 Anthony Fry, who died in 2016, was a painter much cherished by collectors and a smallish but enthusiastic public . Above: Fry’s Temple On The Beach

The first room is sober, subdued in colour and addicted to complex groupings of figures; the paintings here are expert, with a clear sense of Cézanne and Matisse rendered (mostly) in browns and greys. At some point in the early Seventies, Fry’s production slowed to a trickle. The paintings in the exhibition that date from his resumption of painting in the Eighties are an explosion of intense colour, blazes of blue, purple skies and red bed frames.

What happened was that Fry, who had always been a keen traveller, started to paint the intensely hot places he loved to go to – Greece, Cochin in India, and Italy and Spain. He wasn’t the first painter to be seduced into intense colour by the experience of living in the heat – Matisse and Paul Klee’s careers were transformed by a first experience of blazingly savage temperatures. In Fry’s case, it encouraged him to find ever more direct ways of rendering colour. 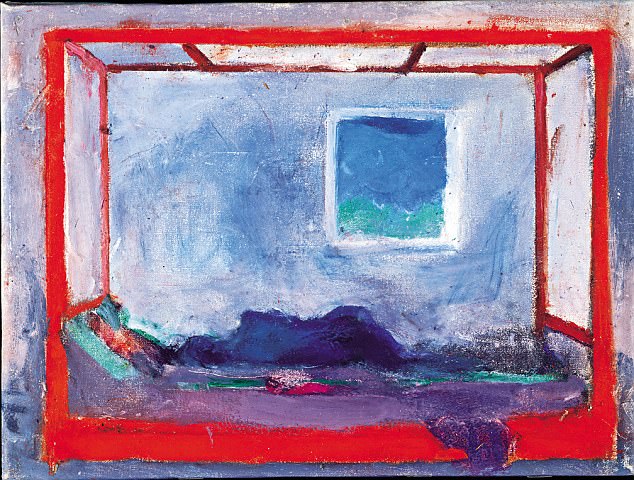 The paintings in the exhibition that date from his resumption of painting in the Eighties are an explosion of intense colour. Above: Fry’s Nude On A Red Indian Bed

He was quite an individual handler of mediums, and among the early paintings here is an attempt to produce a fresco on a canvas. Later on, he often used dry powder directly on the canvas. As the sculptor Anish Kapoor has demonstrated, it’s often the most powerful way to use a colour.

Essex-born Fry was related, through his father, to the founders of the chocolate company JS Fry and Sons, based in Bristol.

The subjects are quite simple a figure in a room, or in front of a candy-floss pink wall. We aren’t really invited to dwell on the meaning even in a painting as lovely as Portrait Of Xavier, a depiction of a family servant in India in a characteristic moment of rest. The subject, almost always, is an excuse to explore the ranges and distinctions of colour, and what happens to colour in different conditions of light.

The curious effects of Maria Venezelos, the sitter’s face almost black against the brilliant blue sea through the window, is a favourite effect of painters called contre-jour – the subject in deep shadow, the background in brilliant light. It’s a thoughtful essay in the variation of colour, and an unmistakably personal one. 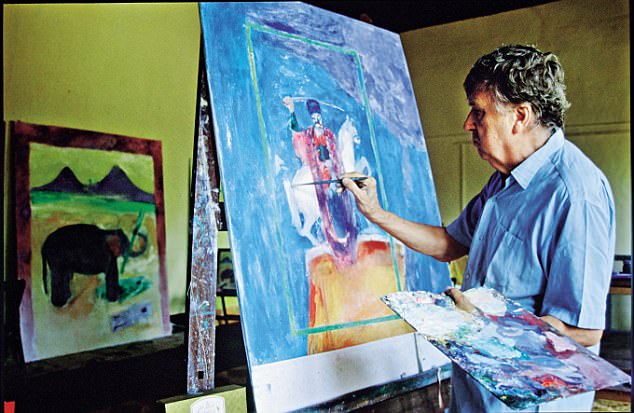 I very much like Fry’s paintings, and though this exhibition is not a large one, it ought to encourage people to look out a little more for his work

Fry was not really a capturer of likenesses in his portraits; you feel that the people are convenient repositories of light and colour effects. Nevertheless a rich humanity underpins everything, and you feel that Xavier’s family, or Maria Venezelos, or for that matter Sir Tom Stoppard in another portrait, would recognise themselves in a shot. They are paintings with a particular sort of humane warmth.

I very much like Fry’s paintings, and though this exhibition is not a large one, it ought to encourage people to look out a little more for his work.

Not a great painter, perhaps, but a very pleasing little master. I bet the collectors who have lent paintings to this show are missing them like mad. 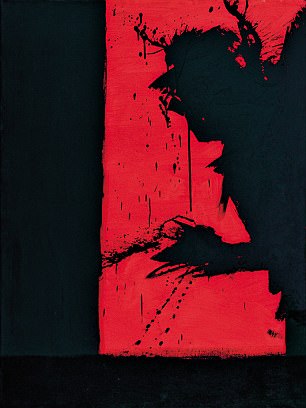 In the Seventies and Eighties, he gained attention for his street art of crime scene-style chalk outlines

Richard Hambleton was Banksy before there was a Banksy. In the Seventies and Eighties, he gained attention for his street art of crime scene-style chalk outlines and, in New York, his ‘Shadowman’ series (Red Devil, below). Now works by the ‘godfather of street art’, who died in October, are featuring in a by-appointmentonly exhibition in London this week.

The show is dominated by his distinctive figures but, via a trailer of a new film about him, it also hints at why he disappeared from view. As one critic wrote: ‘Memo to Banksy: You owe Richard Hambleton a small fortune in royalties…’