‘Next time, close your fist!’: Anthony Joshua hands out advice to Will Smith over his Oscars assault on Chris Rock – and says he is ‘PROUD’ of the way he fought, with a throwback to meeting the star a decade ago

Anthony Joshua said he was ‘proud’ of Will Smith before offering him some advice on his boxing technique after the actor slapped Chris Rock during Sunday night’s Oscars ceremony.

Smith shocked Hollywood after he stormed on to the stage and assaulted the presenter after he made a joke at the expense of Smith’s wife, Jada.

Rock, who was presenting the award for best documentary, made an ill-advised GI Jane joke about Jada Pinkett Smith, who has been open about suffering from alopecia. 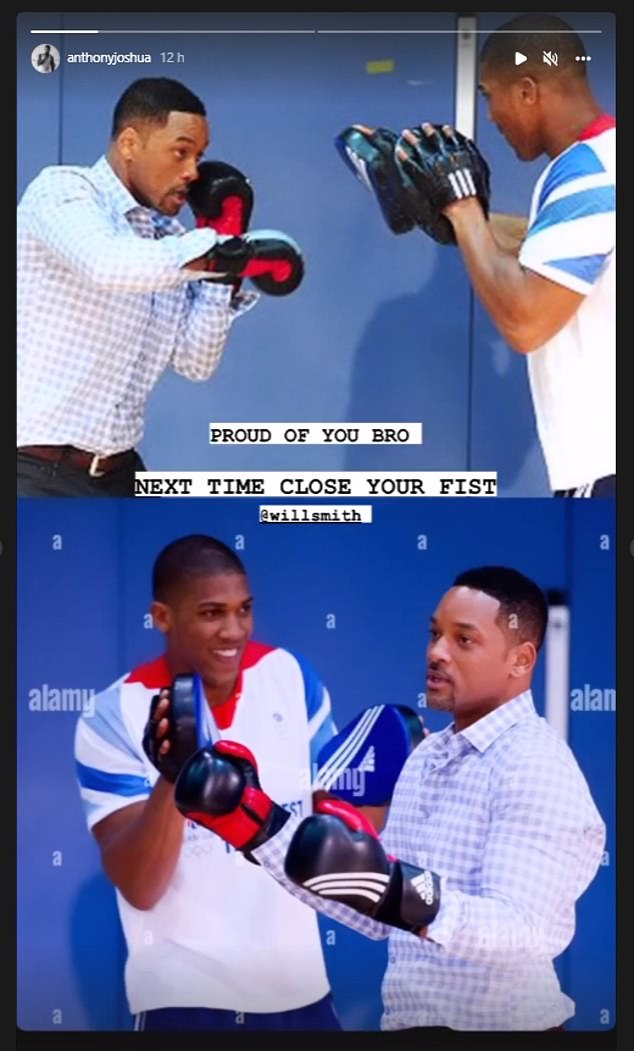 After striking Rock, Smith returned to his seat and shouted twice: ‘Keep my wife’s name out of your f*****g mouth.’

Joshua appeared to cheer Smith on from Instagram later as he posted an old photo of the pair from London 2012.

The two-time heavyweight champion made light of the situation as he shared the photo of him sparring with Smith to his story with Eye of the Tiger – famously used in Rocky – playing in the background.

In the caption, Joshua said: ‘Proud of you bro. Next time close your fist’. 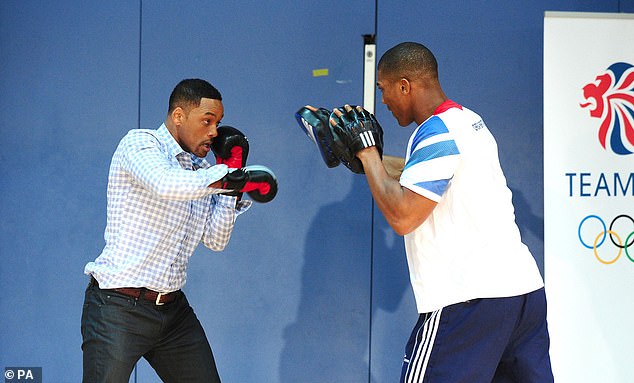 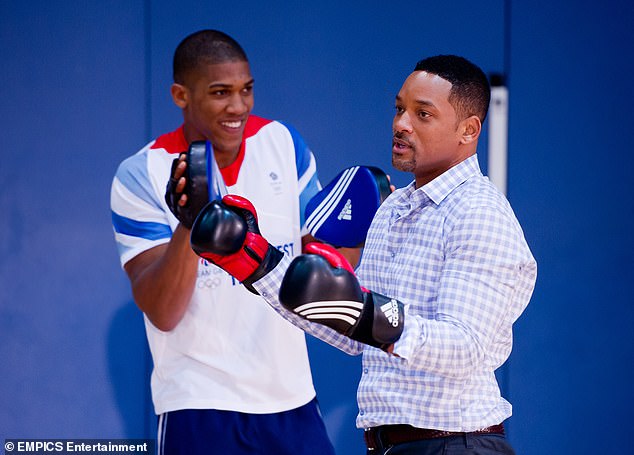 West Ham star Michail Antonio also saw the funny side as he took to Twitter to share a self-made meme.

The forward posted the still photo of Smith slapping Rock but edited it so that it showed the number 32 slapping his own face instead.

He caption the hilarious shot: ’32, it hits you hard! Thanks for the messages people.’

Shortly after the slap, Smith won the best actor award for his portrayal of Richard Williams – father of tennis stars Serena and Venus – in the film King Richard. 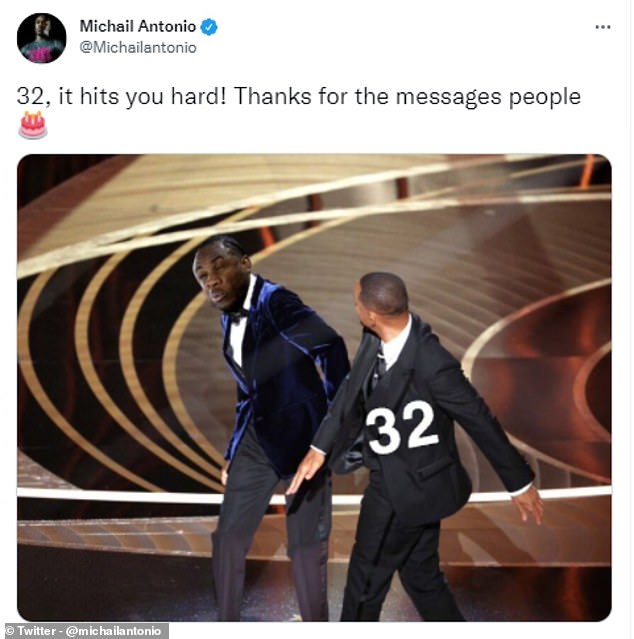 ‘Violence in all of its forms is poisonous and destructive,’ he wrote.

‘My behavior at last night’s Academy Awards was unacceptable and inexcusable. Jokes at my expense are a part of the job, but a joke about Jada’s medical condition was too much for me to bear and I reacted emotionally.

‘I would like to publicly apologize to you, Chris. I was out of line and I was wrong. I am embarrassed and my actions were not indicative of the man I want to be. There is no place for violence in a world of love and kindness.’