Anthony Joshua: Joseph Parker fight will be in March

Anthony Joshua says negotiations are 95 per cent complete for him to fight Joseph Parker in March as he bids to become the undisputed heavyweight champion of the world.

The 28-year-old currently holds three of the five heavyweight titles, having this year added the WBA and IBO belts to the IBF belt he won in 2016.

He aspires to become the first boxer in history to hold all five titles and thinks a deal to fight WBO champion Parker in the next few months is close. 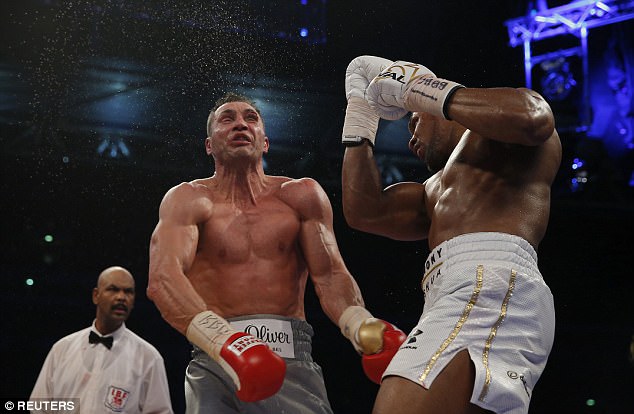 ‘What I think can be a reality is, I want to fight for the other championship belts,’ Joshua told BBC Five Live’s Sportsweek programme when asked what his ambitions are for 2018.

‘There’s only two left, I have three. There’s five on the table and I have three of them, I want to fight for the fourth one, the WBO heavyweight championship of the world.

‘Negotiations are tough, but, in terms of the love of the sport, I won’t let that get in the way from achieving my goal because legacy is important to me and I think we’re achieving something that… To hold all five belts has never been done before, so I won’t let negotiations get in the way of securing my legacy and what I could achieve in the sport.

‘I think we’re 95 per cent of the way there with completing with Joseph Parker.’ 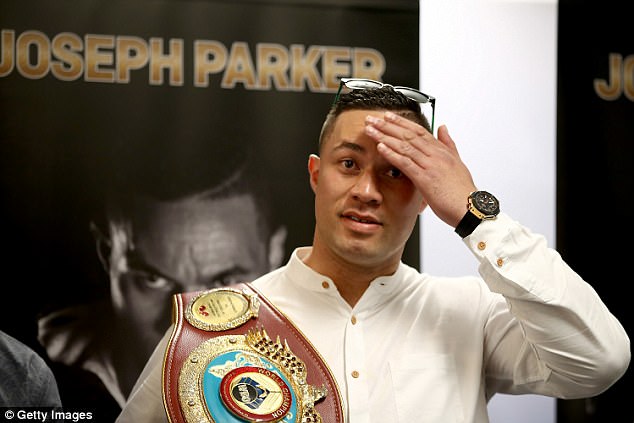 When asked when a fight with the New Zealander would take place and if it would be on British soil, Joshua added: ‘End of March, I would say.

‘It has to be (in this country), the British support, what we’re achieving here is phenomenal.

‘And I always remember when I was watching boxing, it was always about America, America, America and even being a world champion you have to fight around the world, but it’s nice to own the market here. We own the market and we’re not rushing anywhere, let the British fans stay on home soil for a bit, let other people travel.’

Should he defeat Parker, Joshua would then need to take on and beat undefeated WBC champion Deontay Wilder to realise his ambition.

He also suggested he would be willing to fight fellow British boxer Tyson Fury in the new year. 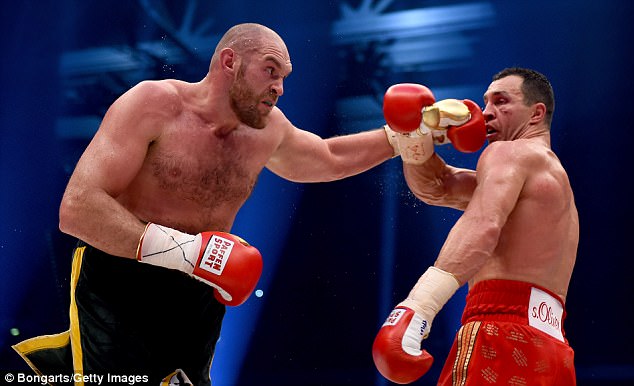 ‘Of course, he’s a lively opponent when he’s fit,’ Joshua said about Fury.

‘He has his own battles and demons to face and, once he’s got over them, he’s more than welcome to enter a ring with me. It’s something that we should be focusing on in 2018.

‘With all due respect to Tyson Fury, I think it would be wise if his handlers got him a few fights, get the body ticking over again and then get that love for the sport back.

‘A few wins under the belt and then we can get it cracking.’