‘That’s why I’m not into taking my time… you have to just take them out’: Anthony Joshua reflects on stunning Alexander Povetkin KO that left Dillian Whyte out cold as he insists defeat will be ‘just a blip’ in British heavyweight rival’s career

Anthony Joshua insisted that Alexander Povetkin’s brutal knockout on Dillian Whyte will just be a ‘blip’ in the Brit’s career.

Joshua was ringside as Whyte took on the 40-year-old Povetkin and looked in control during the opening rounds in the headline event at Eddie Hearn’s Fight Camp.

Whyte amped up the pressure in the fourth round as he knocked the Russian down twice and looked to be cruising towards another victory. 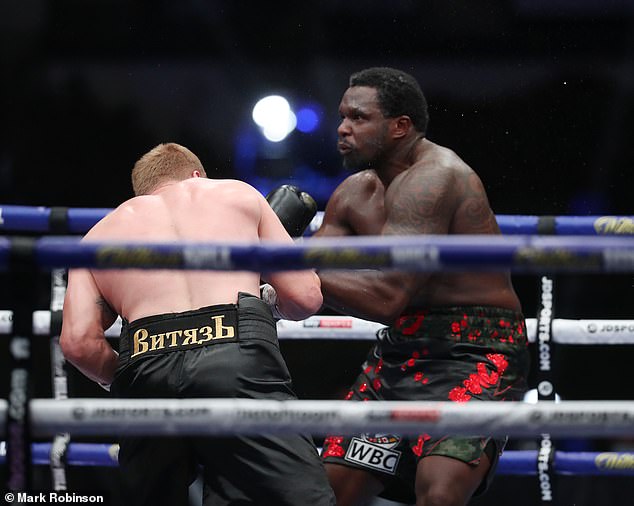 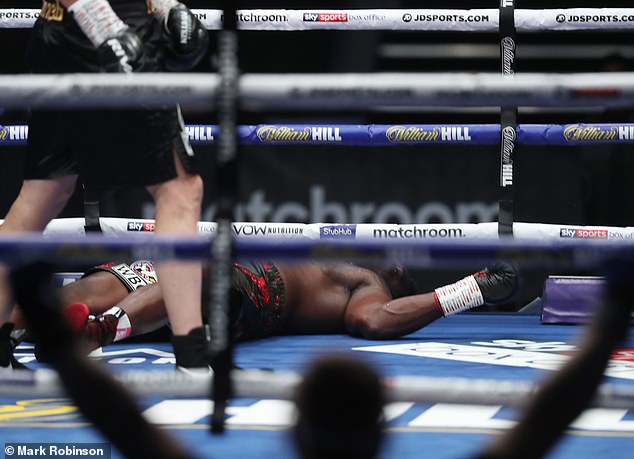 However, thirty seconds into the fifth round Whyte was caught by a brutal left uppercut by Povetkin that left him lying cold on the canvas in a shock victory for his opponent.

Reflecting on the surprise knockout Whyte suffered, Joshua said that his former opponent and rival should have been more aware of the danger but explained that this shouldn’t have a huge effect on his career.

He told Sky Sports: ‘The psychological part is knowing it but also knowing you can do it to the other fighter.

‘Whyte spent months and months training  for that to happen but this is just a blip in a career. People will talk all sorts about him but I stick with him as a fighter and say dust yourself off and go again. 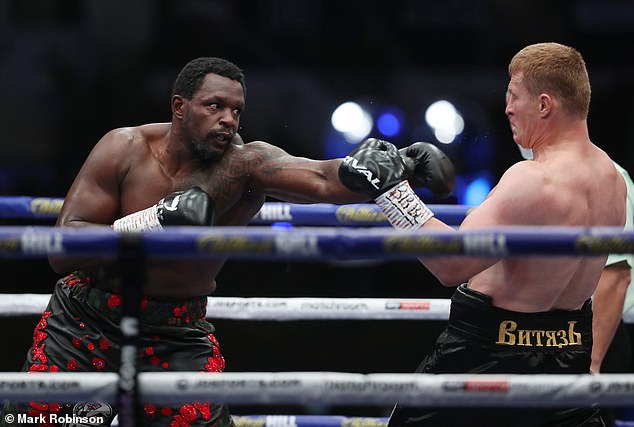 ‘I asked if Dillian had that instinct in him, I wanted to see the maximum violence, when I see blood I try to take someone out, if you leave it a round or two later, anything can happen.

‘That’s why I’m not into taking [my] time, tactics sometimes go out the window, sometimes you have to just take them out.’

Despite sympathising with Whyte, Joshua did imply that he needs to ‘learn more respect’ after he was seen not shaking his opponent’s hand.

‘Whyte needs to learn a bit of respect, that’s important too, shake people’s hand. One slip up in anyones road in life never defines you, in 10 years when you look back, this is just a massive comeback story that adds flavour to it.

‘Fighting here is a blessing win or lose, even though there’s a negative outcome, he can say “look at where I’ve come from” at this time he might be a bit hurt but he will look back at it as part of his legacy.’ 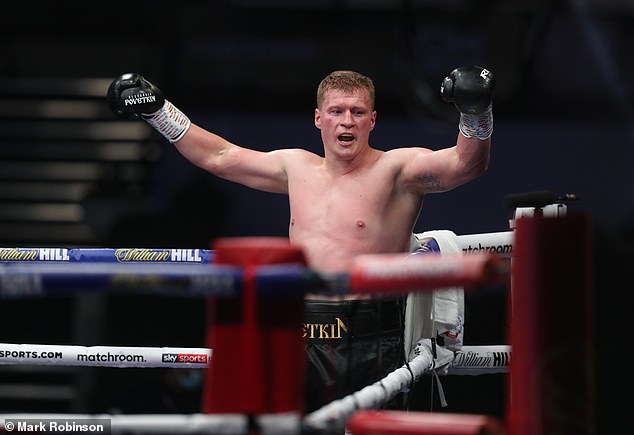 Whyte has a rematch clause in his contract to fight Povetkin again, Eddie Hearn confirmed

After the bout, promoter Eddie Hearn confirmed that Whyte has a rematch clause in his contract to fight Povetkin again and Joshua advised the Brit to ignore the criticism and bounce back.

‘Dillian don’t worry about what anyone is saying,’ he added. ‘We’re involved in the game and let’s make the most of it while we’re here.

‘I study boxing and if you look at the Povetkin knockout reel throughout his career, the knockouts are phenomenal, they are short and compact.

‘Dillian is a big puncher and hurt Povetkin twice but he can do it with a short dangerous little uppercut or left hook.’