‘We have got a coach who has different intentions… he is asking me to attack more. That is my job after all’: Anthony Martial hails Ole Gunnar Solskjaer’s philosophy after Jose Mourinho’s exit

The Frenchman fell out with Mourinho who was prepared to sell him last summer to finance a move for a more experienced replacement.

However, Martial has revived his United career in less than two months under Solskjaer to the extent that he was happy to sign a new five-year deal. 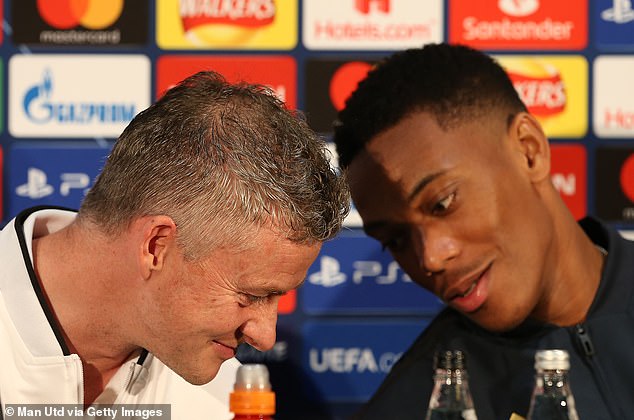 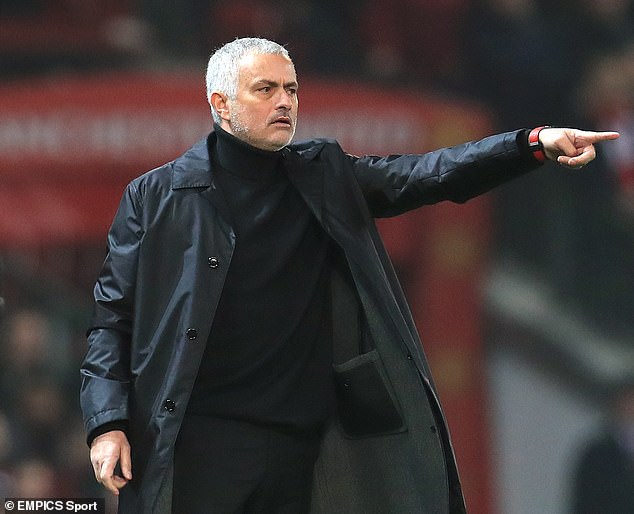 The 23-year-old is a regular starter under the new caretaker boss and scored his 11th goal of the season with a stunning solo effort at Fulham last weekend.

‘We have got a coach who has different intentions and we are trying to do what we ask,’ said Martial ahead of the Champions League clash with Paris Saint-Germain at Old Trafford on Tuesday night. ‘Perhaps it is easier to play this style of football and not the style of football he (Mourinho) asked.

‘When our new coach came in he had a lot of confidence, a lot of determination, that was really helpful. We are trying to pay him back in kind and things are working out well at the moment. We hope they will tomorrow.

‘He is asking me to attack more. That is my job after all. To make the difference to be more decisive. Things are working out well for the other attackers and I hope we can continue to be as effective.’

Asked if the players wants Solskjaer to keep the job, he replied: ‘Obviously things are going really well, we are really happy to have him here and we hope we can continue but the final decision isn’t with us.’

The Paris-born winger is set to face a PSG side missing Neymar and Edinson Cavani, but Martial said: ‘I don’t think we are necessarily favourites. They have a few absentees and that should be to our advantage but they have very good players to come in.’ 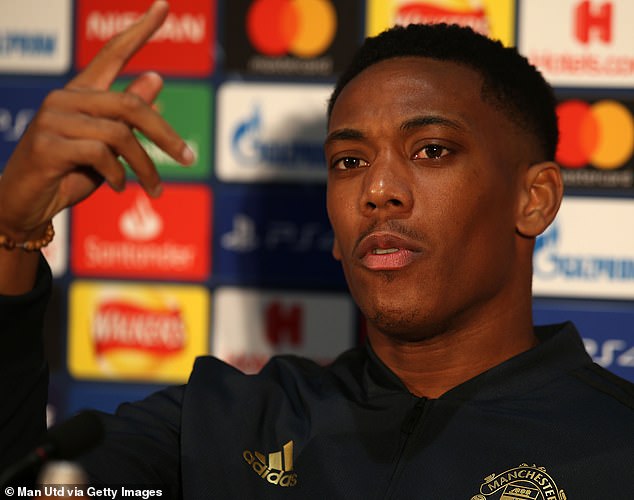