At the start of the Autumn Nations Cup campaign, Eddie Jones outlined his plan to put smiles on faces. It has not quite gone to plan.

England may have squeezed their way through the campaign with a clean sweep of victories but, for many, the smiles have been displaced by open-mouthed snoozing.

Their tactics have split opinion, with the debate about kicking likely to rumble into 2021. But with 2,000 fans back at Twickenham today, England have the chance to finish with a flourish — as well as a trophy.

Our columnist Mike Brown spoke to his former team-mate Anthony Watson about what lies ahead against France, with Rugby Correspondent NIK SIMON listening in.

MIKE BROWN: I thought we were getting Maro Itoje! Intelligent, athletic, bit of chat, stylish.

BROWN: We’ll just have to make do! It’s good to see you back in the team. How’s the injury? And how’s the dad life? Congratulations on the newborn last month.

Were you phoning Eddie Jones after three days begging him, ‘Get me into camp! I need to get back into camp!’?

WATSON: It worked out perfectly. I injured my ankle against Italy. We flew back from Rome on the Sunday and it was all systems go with the birth from 11am Monday. Alyse was induced and my man didn’t turn up until Wednesday at 5am. It was three days of carnage but it’s hard to put into words.

You drive home at 5mph and then think: What the hell happens now? It’s been good. You don’t want to miss any England games, but those two weeks injured meant I was there for him being born, then the first 10 days after that. It was perfect. 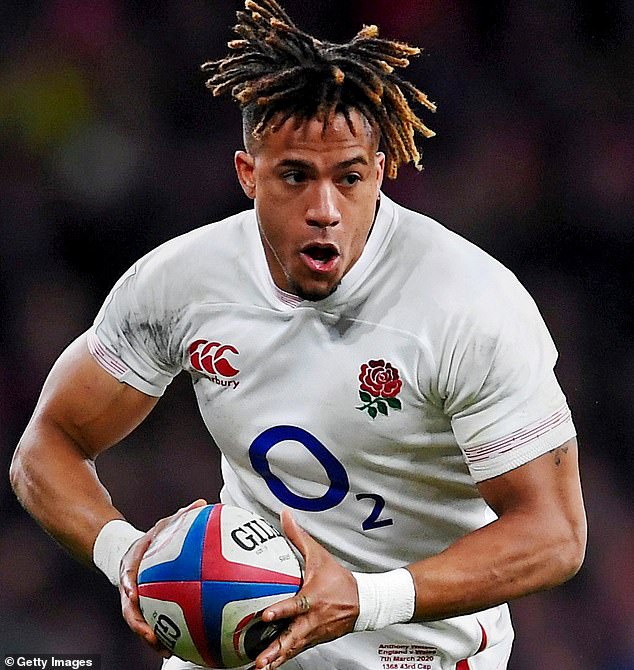 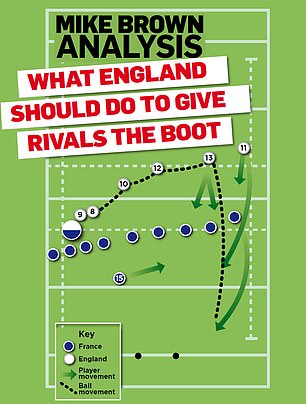 BROWN: What was it like watching the games? You’ve probably seen everything that’s being said about the amount of kicking and lack of attack. People are saying a lot of negative things. Do you agree with the criticism?

WATSON: Obviously we see some of the stuff that’s being said. From my perspective — and you’ll understand this, being a competitor — we’re winning games at the end of the day. Yeah, we could play a nicer brand of rugby, but we could also get caught in our 22 and end up coughing up points.

What we’re doing right now is winning games. For me, that’s the No1 priority. If we could win and play beautiful rugby, that’s a win win. For the time being, this is what we’re doing. When the next attacking cycle comes around, we’ll be ready for it. We continue to work on our skills, like footwork. We’re not just kicking for the sake of kicking.

BROWN: Personally, I would like to see a bit more innovation in attack. Guys like yourself, Elliot Daly and Henry Slade are all incredible attacking players whose skills lend themselves to an exciting game plan, not a defensive one. I’d love to see more tries like the one Jonny May got against Ireland.

Rather than Owen Farrell, George Ford or Ben Youngs kicking it as early as they do, there’s guys who I’d like to see go one-on-one in the wide channel. If it gets out there then you can try to take on the opposite man, and if it’s not on then kick or recycle the ball. 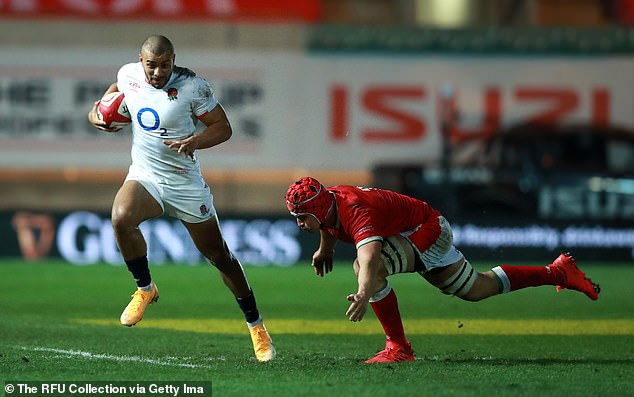 Jonathan Joseph, naturally more comfortable at centre, has been used in Watson’s absence

WATSON: That’s where we are trying to get to. It’s better for the team if Sladey and Elliot are able to take some of the kicking weight off George and Owen. If George and Owen are kicking the ball every time, it becomes predictable and it makes it easier for the backfield.

If you shift to an edge and kick it along the floor, that’s harder for a 15 to deal with, when you’ve got a backline sprinting down at you. It’s an area we can be better in. I hear you.

BROWN: I want to see a couple of chip and chases from Big Tone! I was reading Eddie’s comments about transition speed from defence to attack. He said he’s been speaking to the guys at Liverpool. Has he put anything in place?

WATSON: I wasn’t around for the Liverpool meeting, but the take-out was basically about measuring your work off the ball. Our transition attack is measured in terms of how fast we accelerate when there’s a turnover. It’s all measured and calculated. If you watch Jonny’s try against Ireland, that’s a prime example of the stuff we practise.

Everyone’s on the same page, we move the ball, Jonny’s ready to go, he accelerates and scores. If you watch it back, you see where Jonathan Joseph comes from. If Jonny had been tackled, JJ would have been there to pick up and score. That movement off the ball is like Liverpool, I guess. 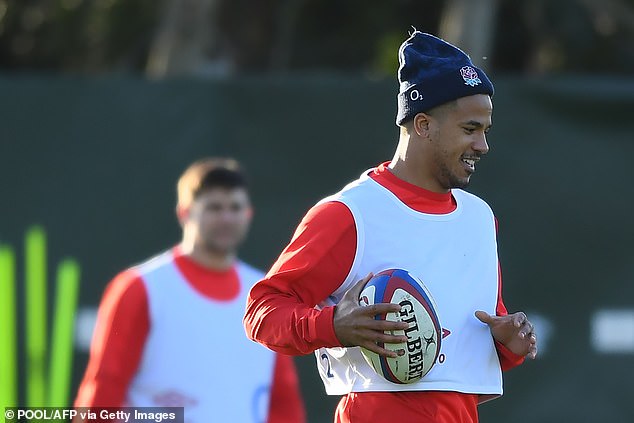 Bath man Watson, 26, is keen to win in the Autumn Nations Cup final against France on Sunday

BROWN: The work off the ball has so much impact on the play later on. Moving the ball quickly. I’m a Man United fan and I love watching Bruno Fernandes. His transition play is second to none. Once he passes the ball in attack, his movement to get into space and receive it back is so fast.

He moves from box to box. If they lose the ball, by the time the opposition get possession he’s already pressing or back with the defenders. It’s all about his work rate and sprinting around looking for second touches.

WATSON: You can see it with interception plays in American football. I follow the (New York) Giants, who are terrible at the moment! I watch it for the offensive players, but guys like (Pittsburgh’s) Minkah Fitzpatrick are unreal.

When there’s an interception and the defending team scores a touchdown, more often than not it’s because the blockers have reacted quickest and got down the field to help score. There are little intricacies, but it’s definitely transferable.

BROWN: I look at American sports and see how players can just be themselves in front of the camera, it’s so appealing. I saw you made your TV debut in Beno Obano’s documentary about rugby’s attitudes towards race.

It’s great to see people in rugby showing that players have a brain and character. Did you feel like you got the message across that you wanted? When’s your spin-off show coming! 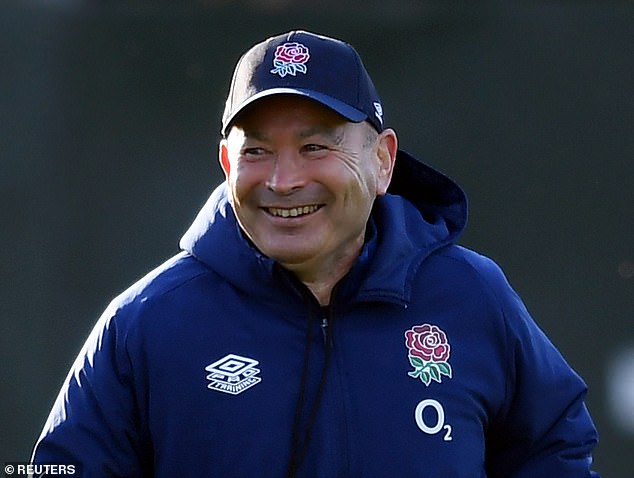 WATSON: Bro, I don’t think anyone wants to see a spin-off of me talking rubbish! Beno did that off his own back with no experience. Fair play to him. I didn’t want to sit there and pretend I’d been through the same things as those guys at state schools. My dad always pushed rugby from an early age.

But it can only be beneficial for the sport if players are able to be themselves, on and off the field. Six or seven years ago, I was shy and tried to fit into this rugby mould. It was like there was no other way. It’s slowly starting to change and hopefully kids realise they don’t have to fit this private school image.

BROWN: We need to show that rugby isn’t just for a certain type of person. Something to raise off the back of that is the Pablo Matera issue and his disgraceful racist tweets from a few years ago. Does that feel like a backwards step?

WATSON: When I first read it, I thought that it was nuts. You can’t say or tweet that stuff. At 19, you’re still grown up enough to know what’s right and wrong. That was my initial stance, before I had a conversation with [former Argentina winger] Horacio Agulla and his brother. They made the point rugby can change people and explained how Matera was a mad man when he came in.

He wouldn’t listen to anyone and you had to be on him all the time. They said he’s changed loads and matured, which gave me a different perspective. What he said is ridiculous and there’s no place for it, but you can’t hold what someone said at 19 against them for ever. It’s a tricky one. I guess I’ve cooled down on the matter since I spoke to those two.

BROWN: The Argentine guys at Quins said the same thing about Matera. What he said isn’t right or acceptable but on the other hand it’s good that rugby has had a positive impact on him.

I was surprised by the quick U-turn when the Argentinian Union gave him back the captaincy. Make a decision and stick with it or at least take your time to think about it.

WATSON: I guess if the players said they weren’t going to play, what option have you got?

BROWN: Especially when you’re in a bubble! You guys will all be leaving the bubble after today’s game but first you’ve got France. What are you expecting from them? Are you disappointed not to be facing their strongest side, after losing to them in the Six Nations? 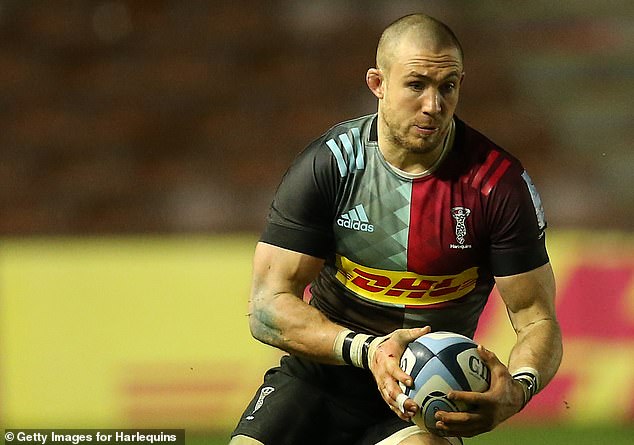 Harlequins full-back Mike Brown, 35, has been capped 72 times by the England national team

WATSON: Disappointing is the wrong word. You play Test rugby to play the best, but you also have to play who is in front of you. They’ll look to play in a traditional French way when they can.

They’ll come alive off turnovers, look to offload and keep momentum. They’ve got a few big ball carriers. We’ll just focus on our game plan. This week is a final, and we all know what happened in the last final.

BROWN: There are a lot of players coming through from their Under-20 team. It reminds me a little bit of when yourself, Jack Nowell, Luke Cowan-Dickie and Jack Clifford were all coming through.

So much talent, even you were too nervous to come down for breakfast in your first few weeks in camp. Luckily I was there to look after you! All the best for the game and don’t forget… chip and chase! I want to see it!