Anti-malaria drug hydroxychloroquine does NOT prevent people from contracting coronavirus

More evidence has emerged that taking hydroxychloroquine does not prevent someone from contracting the novel coronavirus.

Researchers looked at thousands of patients who were already taking the medication for conditions it’s approved for, including lupus and rheumatoid arthritis (RA).

The drug has been touted by President Donald Trump, who revealed he was prescribed a two-week regimen as a prophylactic.

But the team from Case Western Reserve University, in Cleveland, Ohio, found that those with lupus and/or RA who fell ill with COVID-19 were just as likely to be taking hydroxychloroquine as lupus and/or RA patients who did not get COVID-19.

A recent study found that about 34.6% of patients with lupus and/or rheumatoid arthritis taking hydroxychloroquine (pictured) contracted the novel coronavirus 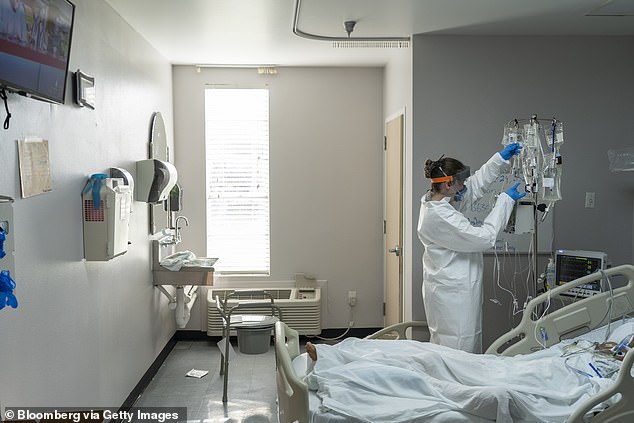 Roughly the same percentage, 31.4%, of lupus and/or RA taking the drug did not fall ill with COVID-19, suggesting it is not a prophylactic. Pictured: A nurse treats a patient in the COVID-19 ICU at the United Memorial Medical Center in Houston, Texas, June 29

For the study, published in the journal Annals of the Rheumatic Diseases, the team looked at records for more than four million patients aged 18 and over from 36 health systems.

They compared patients who contracted coronavirus with those diagnosed with influenza/pneumonia/other lower respiratory infection and any outpatient visit.

A total of 159 patients diagnosed with COVID-19 either had a pre-existing condition of lupus, RA or both.

The proportion of patients with lupus and/or RA taking hydroxychloroquine who contracted the virus was 34.6 percent.

This is about the same percentage as those with lupus and/or RA taking the drug but who were diagnosed with another respiratory disease at 31.4 percent.

The team says this means that hydroxychloroquine is not a prophylactic against the new virus.

‘Our study shows, with a large degree of confidence, that [hydroxychloroquine] is ineffective as a preventive antiviral in people with [lupus] and/or RA taking drugs that suppress their immune system, putting them at greater risk,’ said lead author Dr Mendel Singer, an associate professor at Case Western Reserve School of Medicine.

‘Given how the study was structured, one can make an educated extension that it is not effective in preventing COVID-19 in people without those conditions.

‘It is not uncommon for something to show promise in the lab, and then prove ineffective in the more complex biological landscape of humans.’

Singer noted that if the drug were effective at preventing COVID-19, results would have shown fewer lupus and/or RA patients taking hydroxychloroquine who tested positive for the virus.

‘This likely means that [hydroxychloroquine] is not active against the SARS-CoV-2 virus in humans – versus in the lab – and is unlikely to be an effective preventive antiviral for anyone,’ he said. 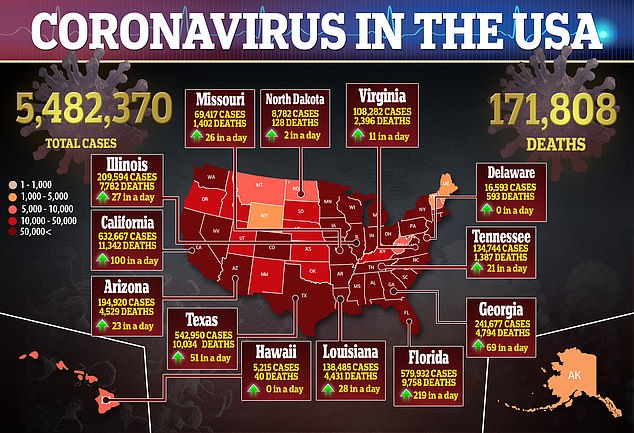 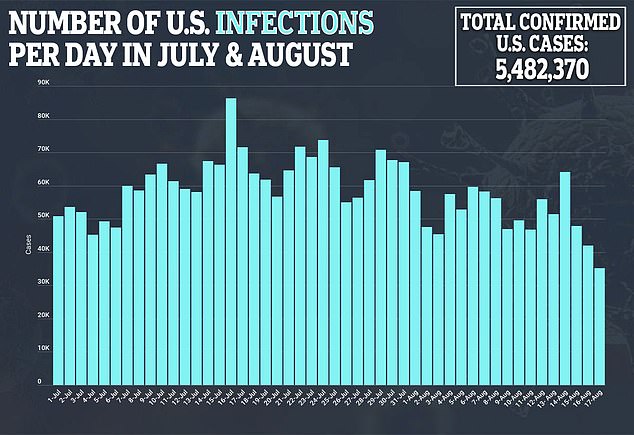 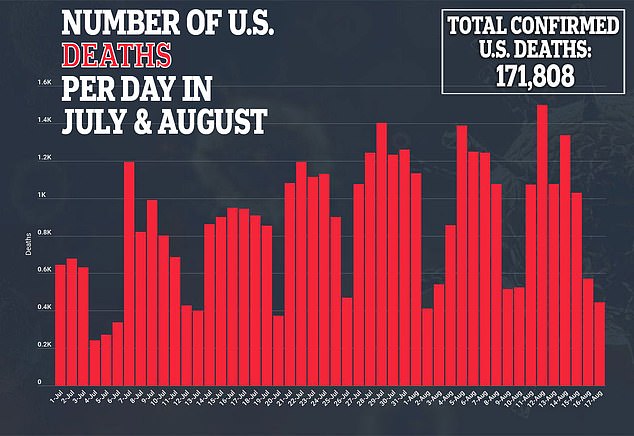 President Trump was among the first to wax lyrical about the possible benefits of hydroxychloroquine for coronavirus patients in March.

‘HYDROXYCHLOROQUINE & AZITHROMYCIN, taken together, have a real chance to be one of the biggest game changers in the history of medicine. The FDA has moved mountains – Thank You! Hopefully they will BOTH (H works better with A, International Journal of Antimicrobial Agents),’ he wrote on March 21.

The study Trump referred to came from Marseille, France, in which 30 patients were treated with hydroxychloroquine for 10 days combined with azithromycin, an antibiotic.

But, weeks later, in a statement published online, the International Society of Antimicrobial Chemotherapy addressed several new concerns with the research.

Officials say they found out the researchers excluded data on patients who didn’t respond well to the treatment and that they did not clarify what they meant when they said patients were ‘virologically cured.’ 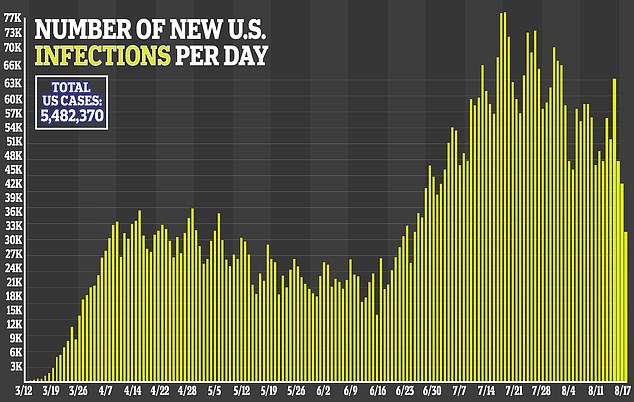 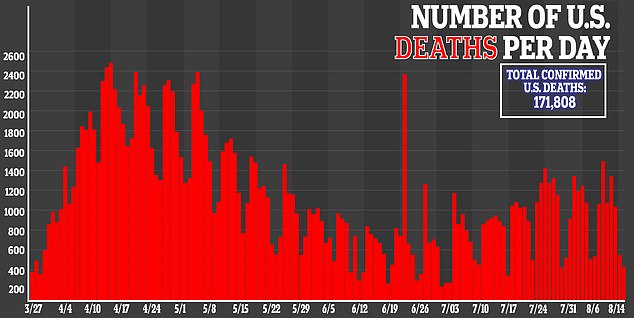 Trump took a two-week course of hydroxychloroquine, along with zinc and Vitamin D, after two staffers tested positive for COVID-19, and had no ill effects, according to results of his latest physical released by his physician.

Federal regulators have warned against the drug’s use except in hospitals and formal studies because of the risk of side effects, especially heart rhythm problems.

In June, the journal The Lancet posted an ‘expression of concern’ about a study it published earlier this month of nearly 15,000 COVID-19 patients on the malaria drugs that tied their use to a higher risk of dying in the hospital or developing a heartbeat problem.

Scientists have raised serious questions about the database used for that study, and its authors have launched an independent audit.

That work had a big impact: the World Health Organization suspended use of hydroxychloroquine in a study it is leading, and French officials stopped the drug’s use in hospitals.

Days later, the WHO said experts who reviewed safety information decided that its study could resume. 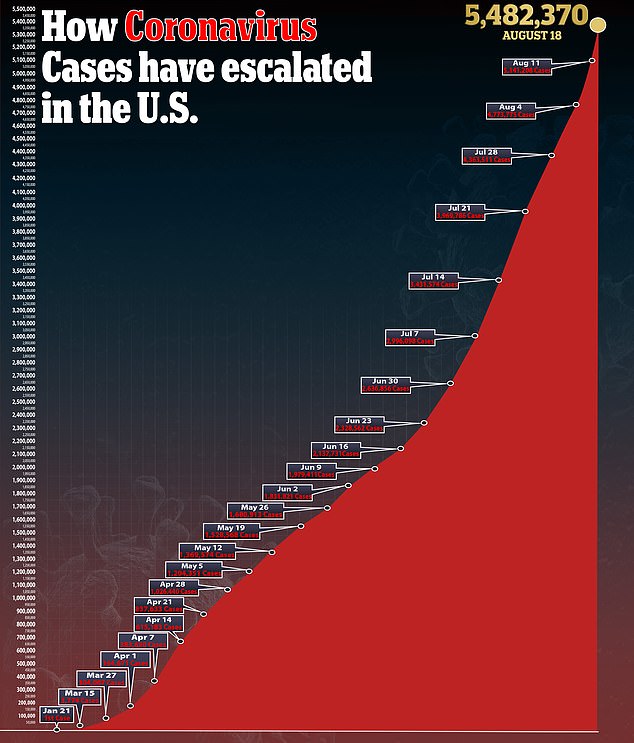