A controversial anti-vaxxer footy WAG has compared Samoa to Nazi Germany after the country made vaccines compulsory following a measles outbreak that killed 25 people.

Taylor Winterstein posted an image with the hashtag #NaziSamoa on Instagram this week after Samoa declared a state of emergency following an outbreak of the deadly virus in the Pacific nation.

There have been 2,200 people diagnosed with measles in Samoa in the past month, killing 11 children aged under 12 months, 13 children between one and five and one person in their 30s.

Samoa has a very low immunisation rate, and the outbreak of the disease forced the closure of schools and children under 17 being banned from public events.

Ms Winterstein has criticised Samoa’s compulsory inoculation solution, comparing the country to a military dictatorship in a recent Instagram post. 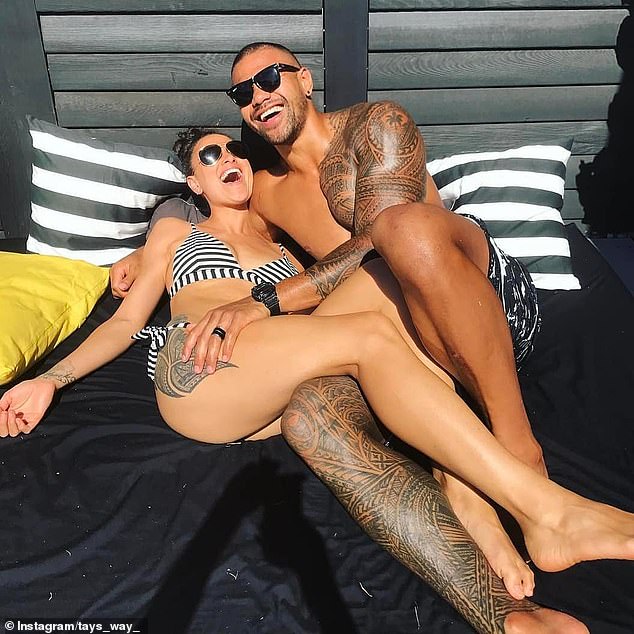 Taylor Winterstein, pictured with husband Frank, has no qualifications and runs wellness programs with her identical twin sister Stevie 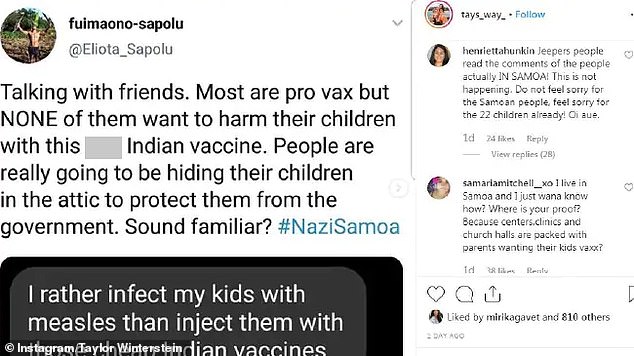 ‘If you want to be injected with vaccines, go ahead, inject away but understand there are distressed parents in Samoa who do not want their children injected with this toxic MMR vaccine and are literally hiding in their homes to avoid government authorities who are forcing a one-size-fits-all medical procedure…hmmm sound familiar??’ her post reads.

The post received a wide array of comments, including Samoans questioning her credibility.

‘Jeepers people read the comments of the people actually in Samoa! This is not happening,’ one comment reads.

Ms Winterstein is the wife of Penrith Panthers star Frank Winterstein, and is a non-qualified anti-vax campaigner who says her ‘street cred’ is her strongest qualification.

The mother-of-two regularly promotes her anti-vaccination campaign on her social media channels, and runs wellness workshops with her identical twin sister Stevie. 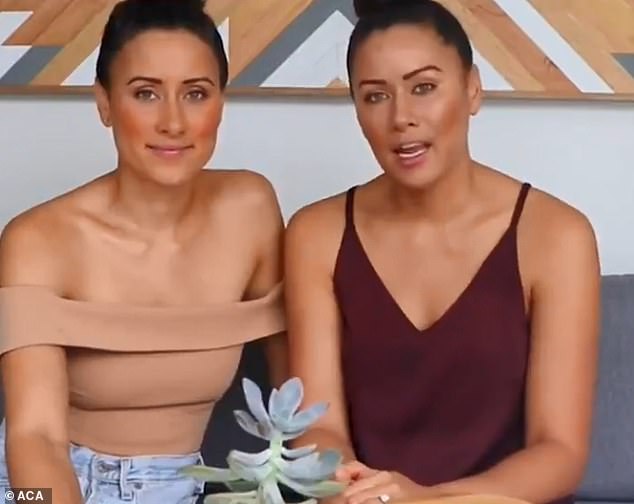 Taylor Winterstein (right) with her twin sister Stevie (left), who run workshops together backed by their ‘street cred’

Ms Winterstein’s views are not backed by science and she has been criticised by experts.

Doctors agree that there is no benefit to not vaccinating children and say the anti-vaxxer movement has led to more children falling ill.

Ms Winterstein was forced to cancel overseas anti-vaccination seminars earlier this year amid backlash her teachings could ‘wipe out the population of Samoa’.

Samoa’s Ministry of Health CEO described the seminars at the time as a ‘public health threat’.

Ms Winterstein launched the Liberate Her program on her Tay’s Way website, which she claims is a ‘safe container to help raise children outside a disempowering system that manipulates into making choices out of fear.’

For $1,400, she says she can help ’empower’ mothers by telling her about the supposed dangers of vaccination and 5G radiation, both of which have been dismissed by scientists. 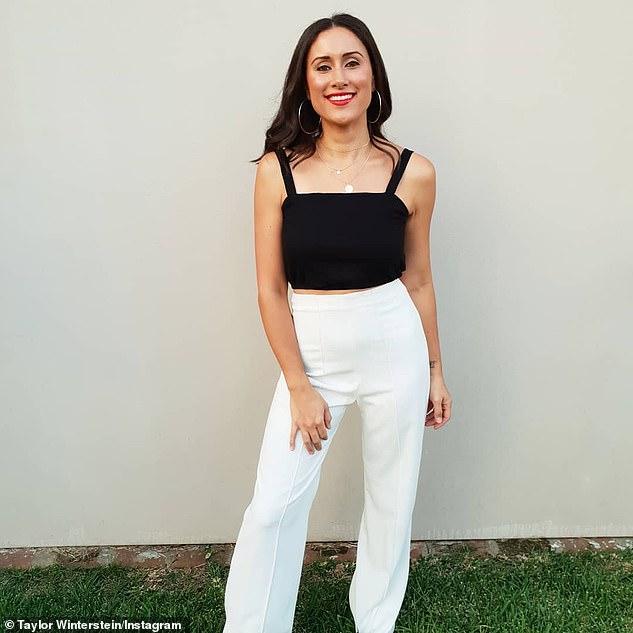 The program has come under fire from leading doctors, including surgeon John Cunningham.

‘They’re going to be trying to indoctrinate young parents and particularly mothers in misinformation and fear, which is a shame,’ he told A Current Affair.

The sisters run another program called Break up With Your B******t which covers a range of topics from motherhood, relationships and sex to identity, body, intuition and money.

The $2,222 cost includes 12 phone calls, worksheets, Facebook Live chats, and access to a support sister and a What’sUp group app.

Neither online program includes face-to-face meetings with the women. 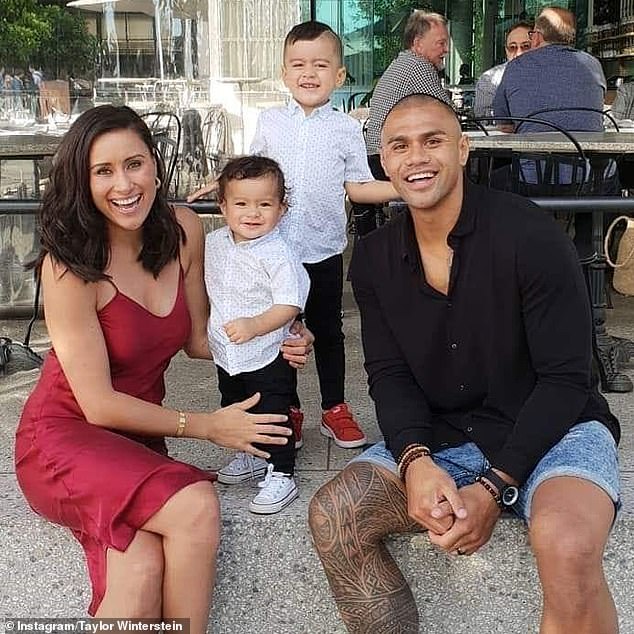 Taylor Winterstein with her husband Frank and children Ziggy and Hendrix. The family do not vaccinate their kids despite the advice of experts