‘Antonio, Antonio’ rang out around Stamford Bridge. Chelsea fans have a way of clutching some managers to their heart when they intuit that they have fallen out with the board.

It was the same with Carlo Ancelotti and Roberto Di Matteo, though not so much with Andre Villas Boas. And Conte is an easy man for fans to love. The demonstrable passion and energy he exudes is genuinely galvanising.

His touch-line antics have been a feature since his arrival. But it was as though he had, in the fashion of Spinal Tap, turned it up to eleven. 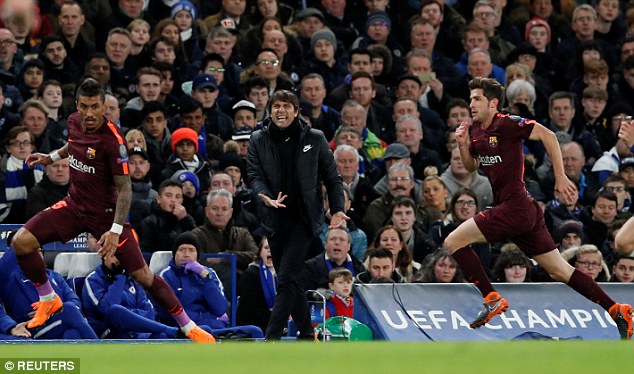 There was a moment in the first half when he was near frothing at the mouth, screaming at the fourth official with the intensity of a man wronged a thousand times. The issue of contention? A throw in. On the half way line.

When Samuel Umtiti upended Eden Hazard on 56minutes, he looked fit to spontaneously combust. A goal kick awarded to Barcelona on 85 minutes saw him spring a good metre off the ground in disgust.

He was coaching, even more than usual, as though his life depended on the outcome. And his Chelsea life probably did.

The fractious relationship with the board has been the narrative of the season: his feeling of being unsupported, that his warnings in the summer went unheeded; the sense from the club that they have supported as much as they could given that it was his text message that created the Diego Costa crisis. 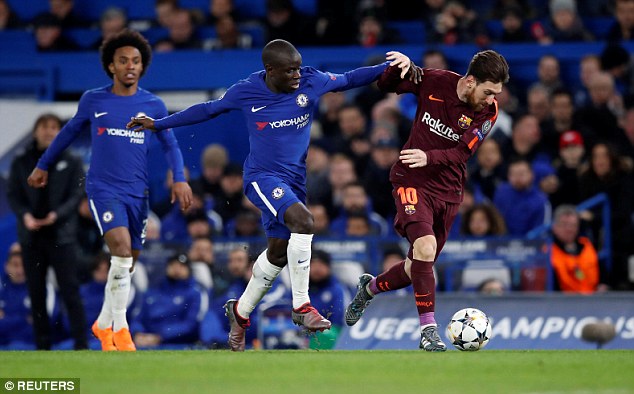 Whatever the rights and wrongs, it felt as though Conte was making his point to the board in this game. He probably thinks it’s over in the summer anyway, as most observers do. But he won’t be leaving without giving it his best.

And tactically, this was Conte close to his best. Some of the spells Chelsea produced were as good as anything from last season’s title win.

Cesar Azpilicueta was his lieutenant on the pitch, squeezing the defensive line and starting the press. But he almost wasn’t needed. Conte screamed instruction throughout, whether it was admonishment to Thibaut Courtois when he kicked out long or encouragement to Cesc Fabregas and Pedro to press their men.

A Conte team drilled to within an inch is a sight to behold. Even the best, like Barcelona, can be contained. 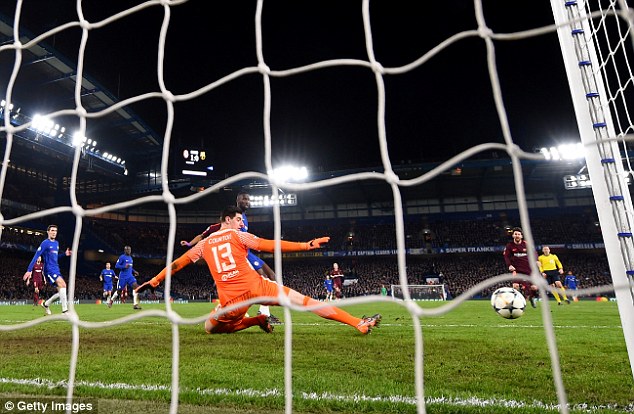 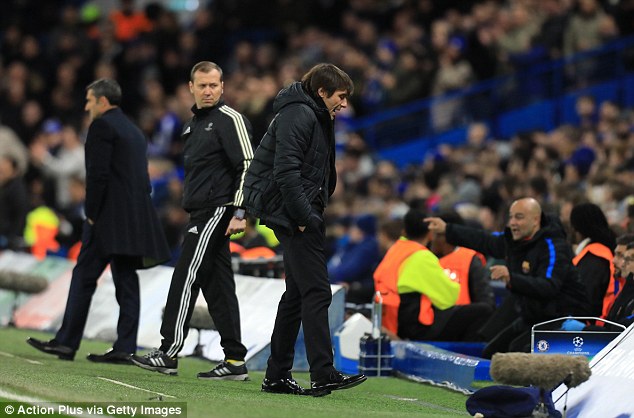 Conte looked at the ground downcast, knowing the significance of the away goal

Of course, it was essentially a counter attacking performance. Yet Willian especially, with those three strikes, the third of which broke the deadlock, executed instructions superbly. N’Golo Kante and Fabregas were immense performers and Pedro, Hazard and Willian worked extraordinarily hard throughout.

Strangely, when Chelsea scored Conte was at his calmest. A brief celebration and then he stood calm, assessing, amidst the euphoria. The Lionel Messi equaliser brought something similar but more downcast: hands in pocket, head down staring at the floor. He knew it was both a cheap goal to concede but a hugely expensive one in terms of the game.

He seemed resigned. But at the end, Chelsea were still very much in the tie and Conte has stalled talk of a premature departure. Against the best, he demonstrated what a fine coach he is. Last year, against all odds, those skills won Chelsea a Premier League title. It’s a huge step up but maybe even a famous Nou Camp victory isn’t beyond him.