Chelsea manager Antonio Conte has warned his team to be more clinical if they want to keep the pressure on Tottenham and Liverpool in the race for a Champions League finish.

Saturday night’s 1-0 win at Swansea leaves Chelsea within two points of fourth-placed Tottenham but Mauricio Pochettino’s side have a game in hand against Watford on Monday evening.

Chelsea’s aspirations of a top four finish remain improbable – it would require Tottenham to drop five points from home fixtures against Watford, Newcastle and Leicester, as well as a trip to West Brom. 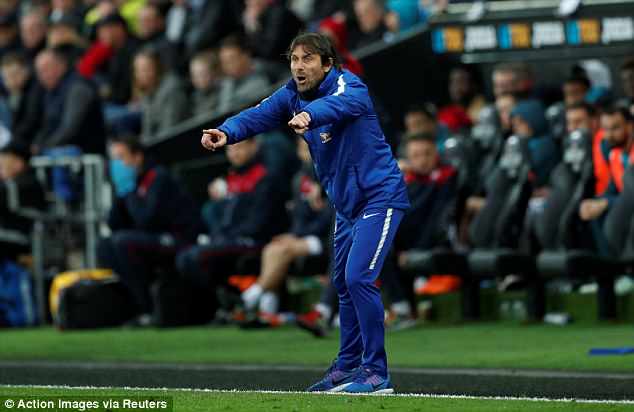 Chelsea’s victory also gives a slim chance of catching Liverpool, as Conte’s side now trail the Merseyside club by six points but they do possess a game in hand and the opportunity to beat Liverpool when the two sides meet at Stamford Bridge.

Conte admitted his side’s chances are unlikely but did challenge his players to take their chances and put games to bed more swiftly.

‘For sure the situation is not in our hands,’ Conte said. ‘The only way to put pressure on Tottenham is by getting three points in every game. They will play Watford on Monday and football is not simple, especially in this league.

‘But we could be more clinical to kill the game. We kept the game alive. We dominated the game but scored only one goal. Swansea could have drawn. We are paying this season for not being clinical.

‘Our top scorer (Eden Hazard) has scored only twelve goals. If your best scorer is only 12 goals, it means it is very difficult to fight for something important in the season. The statistics speak very well.’ 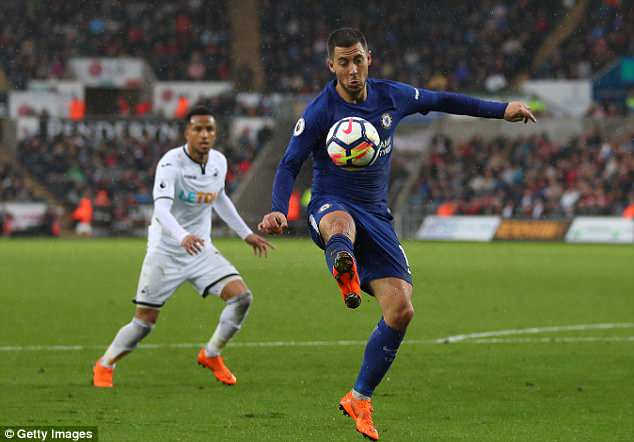