‘Everything went well with Timo Werner… and I hope it works again’: Antonio Rudiger looking to repeat his ‘agent’ role to bring Germany team-mate Kai Havertz to Chelsea

Germany midfielder Havertz is understood to be on the brink of trading Bayern Leverkusen for Stamford Bridge in a deal that could rise as high as £90million.

The Blues’ Germany defender Rudiger revealed earlier this summer how he had helped convince Timo Werner to make the west London switch from RB Leipzig.

And now the popular Chelsea figure has admitted returning to his ‘agent Rudiger’ role in a bid to help the Blues seal the deal for highly-rated forward Havertz.

When asked whether he would have any influence over the Havertz situation, Rudiger said: ‘Everything went well with Timo Werner, so I made my contribution.

‘And I hope that it works again now.’

Rudiger’s close friendship with Werner paid big dividend for Chelsea, as the Blues sealed a £53million deal to bring the free-scoring striker to west London.

The 27-year-old has now made no secret of his attempts to repeat that trick where Havertz is concerned, with the 21-year-old Leverkusen player’s move to Chelsea understood to be imminent. 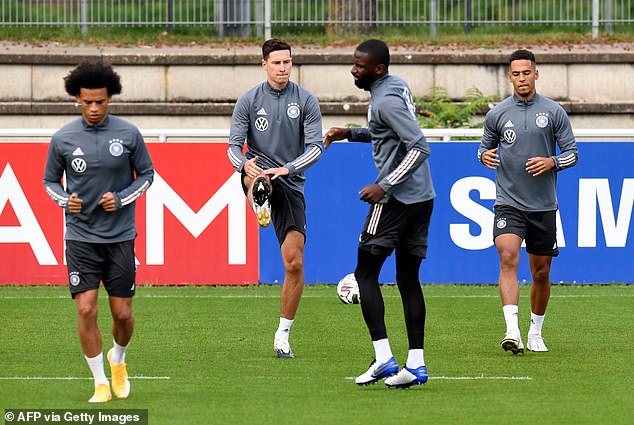 Rudiger, Werner and Havertz are all on Germany duty this week, with Nations League clashes against Spain and Switzerland in the offing.

Werner took just four minutes to get off the mark in Chelsea colours, netting in Saturday’s 1-1 friendly draw at Brighton.

New boss Frank Lampard will certainly expect Werner to top the Blues’ scoring charts this coming season, and the 24-year-old admitted he fully understands that pressure.

‘I want to carry on scoring goals,’ said Werner. ‘I think that’s what the coach also will demand of me.’ 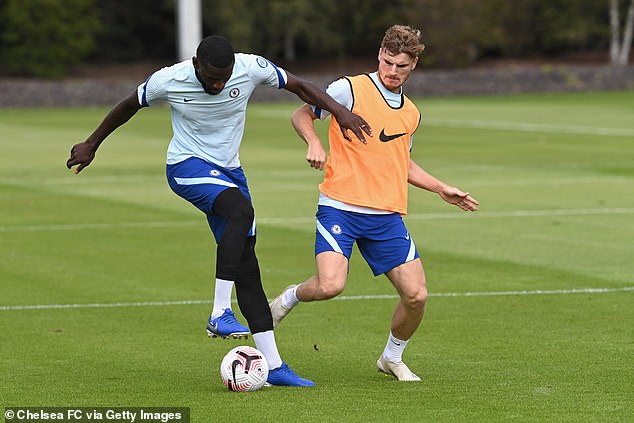 Chelsea will have enjoyed one of their best ever transfer window recruitment drives should Havertz complete his move as expected.

France Under-21 defender Malang Sarr will head out on loan after arriving on a free transfer having left Nice too.

And Chelsea may not be finished there, with West Ham’s Declan Rice another long-term target and the Blues having run the rule over several options for a new goalkeeper.