Antonio Valencia has been heavily criticised in Spain for his challenge on Valencia full-back Toni Lato and the Manchester United star has responded on social media.

Lato could be heard screaming in agony after Valencia’s crunching tackle in the Champions League clash at the Mestalla on Wednesday night, the United star deemed lucky to escape with a yellow card.

A picture emerged after the game of a nasty cut on Lato’s shin, prompting fans to further condemn the foul. 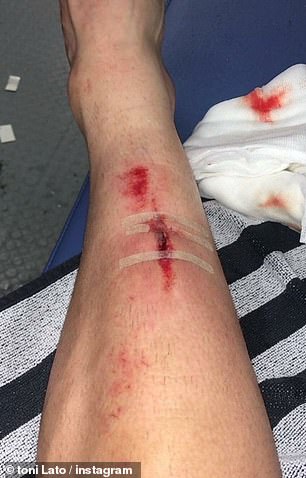 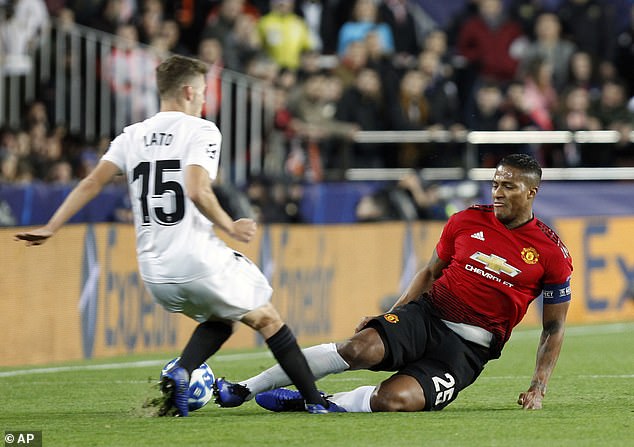 And Valencia has now taken to Instagram to share an image of his own shin with a similarly gruesome wound.

The Ecuador international accompanied the Instagram story with a ‘shush’ emoji’ in what was a clear response to his critics and Lato himself.

Valencia is open to leaving Old Trafford in the January transfer window after accepting that he is unlikely to win back the trust of manager Jose Mourinho.

The player’s agent has been in Manchester this week to discuss his options, with the 33-year-old, who has attracted interest from West Ham and Spanish clubs, yet to be offered a new deal. 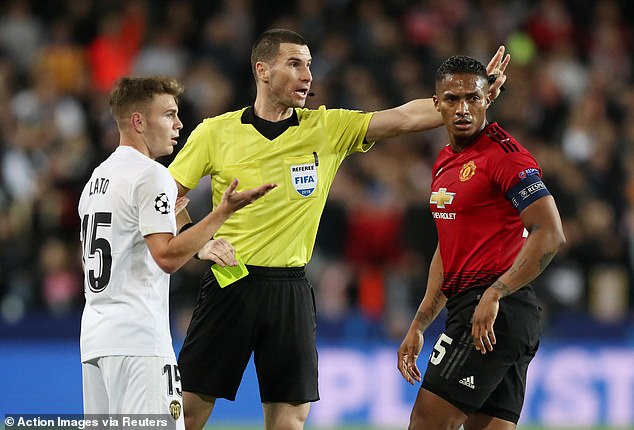 Valencia and Mourinho fell out following the 0-0 draw with Valencia in the Champions League at the start of October after he liked an Instagram post calling for the under-pressure manager to be sacked.

The wing back issued a public apology after saying sorry to Mourinho in person during a meeting at United’s training ground, but he was frozen out for almost two months before returning for the Champions League ties against Young Boys and Valencia.

He is unhappy at his treatment and doubts whether his relationship with Mourinho can be repaired after the two were left barely on speaking terms.