The freshman rep from New York asked Dimon why more senior banking officials weren’t jailed after the economic collapse while the people from her district can end up behind bars for far lesser crimes.

‘I represent kids that go to jail for jumping a turnstile because they can’t afford a MetroCard,’ Ocasio-Cortez told the executive during Wednesday’s House Financial Services Committee hearing on the industry’s preparedness for another crisis.

‘Do you think that more folks should have gone to jail for their role in a financial crisis that led to 7.8 million foreclosures in the 10 years between 2007 and 2016?’

Dimon skirted the question by replying: ‘I don’t think people should go to jail for jumping a subway, we put too many people into jail, and I think if people broke the law they should go to jail.’ 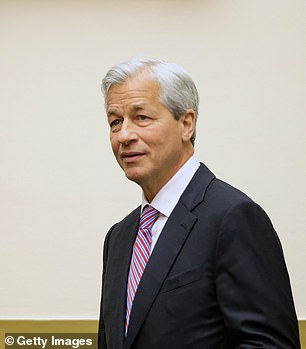 Ocasio-Cortez pressed Dimon again and asked: ‘Do you think that the failure to hold people accountable for the 2008 crisis is a failure of our legal system?’

He responded: ‘You’d have to talk to a lot of legal experts about why more people didn’t, whether they deserved to or broke the law, what’s intent or not intent.’

Ocasio-Cortez ended her line of questioning by telling Dimon: ‘I do want to commend you for your decision and Chase’s decision to pull out of financing for private prisons.

‘I think that has led to some changes, particularly with Wells Fargo as well, in making sure that we begin to divest from some of the troubling things we’re seeing particularly when it comes to the caging of children at our border.’

She later tweeted about Dimon’s role in JPMorgan’s 2013 settlement with the federal government over allegations that the banking giant lied about the quality of mortgages sold to unfit investors who were later devastated when the housing bubble burst.

‘JP Morgan agreed to pay out *$13 billion* over its massive role in mortgage schemes w the ’08 recession,’ she wrote.

‘So maybe they *aren’t* the best authority on prioritizing economic wellbeing of everyday people & the planet.’ 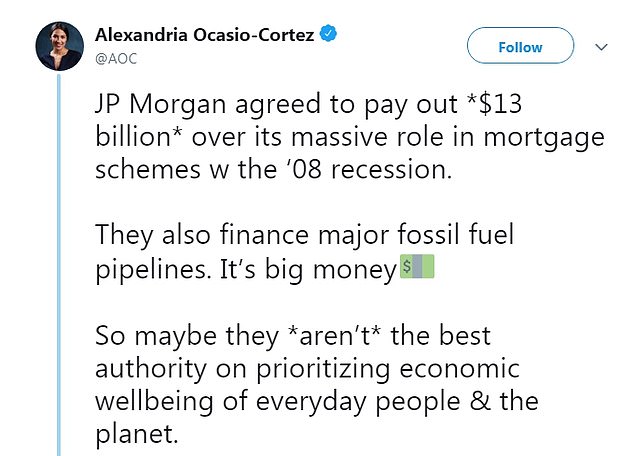 Dimon appeared in front of the committee one day after he slammed Ocasio-Cortez’s Green New Deal in a CNN interview.

‘I don’t spend much time worrying about things that I can’t effectuate,’ he said Tuesday.

‘Can you focus on climate change in an intelligent way that doesn’t damage the economy? Yes, you can. It’s called CO2 emission taxes, or trading, there’s couple of ways to do it.

‘So you better do it wisely because you could hurt the economy, which hurts everybody.’ 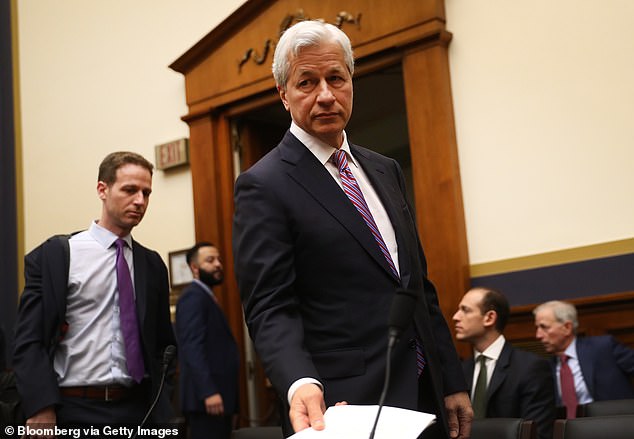