The president’s tweet Wednesday: “Why is A.G. Jeff Sessions asking the Inspector General to investigate potentially massive FISA abuse. Will take forever, has no prosecutorial power and already late with reports on Comey etc. Isn’t the I.G. an Obama guy? Why not use Justice Department lawyers? DISGRACEFUL!”

The report he suggests is late is actually not. The office he attacks as toothless has more power than he credits it with. And the inspector general he dismisses as an “Obama guy” is an independent civil servant who was appointed to federal positions both by the Bush and Obama administrations.

It is true that Sessions has asked the Justice Department’s inspector general to investigate whether potential abuses of the Foreign Intelligence Surveillance Act occurred when prosecutors and agents in 2016 applied for and received a secret warrant to monitor the communications of Trump campaign associate Carter Page.

That office would be the natural place within the Justice Department to do the type of review that Sessions has requested.

“We have initiated the appropriate process that will ensure complaints against this Department will be fully and fairly acted upon if necessary,” he said in a statement Wednesday, hours after Trump’s tweet. “As long as I am the Attorney General, I will continue to discharge my duties with integrity and honor, and this Department will continue to do its work in a fair and impartial manner according to the law and Constitution.”

Whether “potentially massive FISA abuse” exists is an unresolved question addressed in dueling, and partisan, congressional memos, though the FBI has defended its actions and the application process has multiple levels of approval built into it to minimize the chances of egregious problems such as what Trump is suggesting.

A Republican memo from House Intelligence Committee Chairman Rep. Devin Nunes contends the Justice Department misled the surveillance court by not disclosing that research from a former British spy relied upon for the warrant application was paid for in part by Hillary Clinton’s campaign and the Democratic National Committee.

Democrats countered with their own memo saying the Justice Department did indeed inform the court about the “assessed political motivation of those who hired” the ex-spy, Christopher Steele, and that some of his information had been corroborated by the FBI. They also note that the warrant application and requests to renew it were approved by judges appointed by Republican presidents.

Sure, lawyers in the inspector general’s office can’t bring criminal charges on their own, but they can – and often do – refer matters they investigate for potential prosecution. They also have subpoena power.

Trump correctly notes that the office is investigating former FBI Director James Comey’s handling of the Hillary Clinton email investigation, as well as the broader actions of the bureau and its leaders during that probe.

But he’s wrong to say the report is late. Inspector General Michael Horowitz said months ago that he expected it to be released about March or April. That timeline has not changed.

It’s also not clear what Trump means when he proposes using “Justice Department lawyers” for the investigation. The watchdog office’s lawyers, though independent, do indeed work at and for the Justice Department.

Horowitz was appointed to the inspector general job by President Barack Obama – that much is true.

But he was appointed years earlier in the Bush administration to a seat on the Sentencing Commission, suggesting he has more bipartisan bona fides than Trump acknowledges.

Though appointed by Obama, Horowitz also issued harshly critical reports of the Justice Department and its component law enforcement agencies when the department was under the Democratic leadership of Eric Holder and Loretta Lynch. Horowitz led the office when it issued a stinging 2012 report on the botched gun operation known as Fast and Furious.

He also launched the review of the FBI’s handling of the Clinton case – the stated reason by Trump and Sessions for the dismissal of Comey in May. 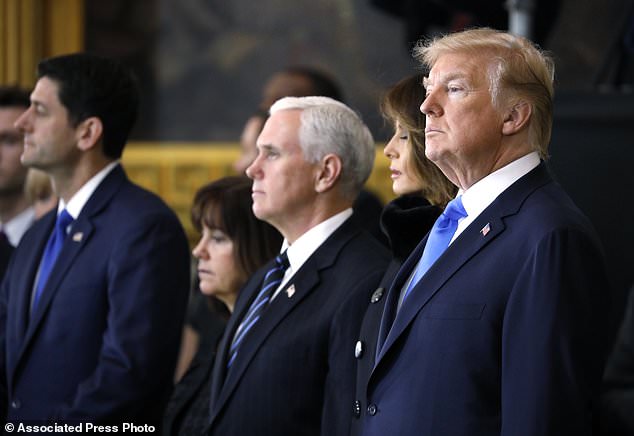