The Associated Press agency has apologised for cropping a Ugandan climate activist out of a photograph she had posed in alongside four of her Caucasian peers.

Vanessa Nakate was attending a youth climate science event in Davos, Switzerland, when she posed for the photo, alongside Greta Thunberg and three other young women.

However, when the final photograph emerged in a story online, the Ugandan woman found she was nowhere to be seen.

The initial photo of the climate activists at a press conference in Davos Switzerland. A published version showed Vanessa Nakate (far left) cropped out of the frame of the final published image 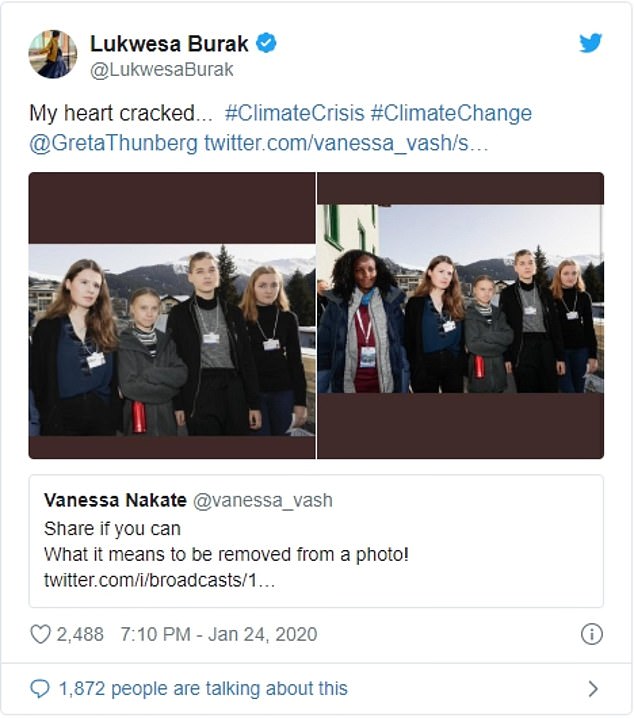 Vanessa posted the image of the cropped photo alongside the image of her in the photo. Supporters on Twitter were outraged and drove the conversation which has been shared, and re-shared, thousands of times

‘This is the first time in my life that I understood the definition of the word racism,’ she said, as she called the press agency out on Twitter.

‘Why did you remove me from the photo?’ she questioned. ‘I was part of the group!’

‘You didn’t just erase a photo. You erased a continent. But I am stronger than ever,’ Nakate said later on Twitter.

She said in a subsequent tweet, she would not be silenced, and was prepared to speak out so that the stories of all African activists would be listened to.

‘Now is the time to rise up higher than before.’ 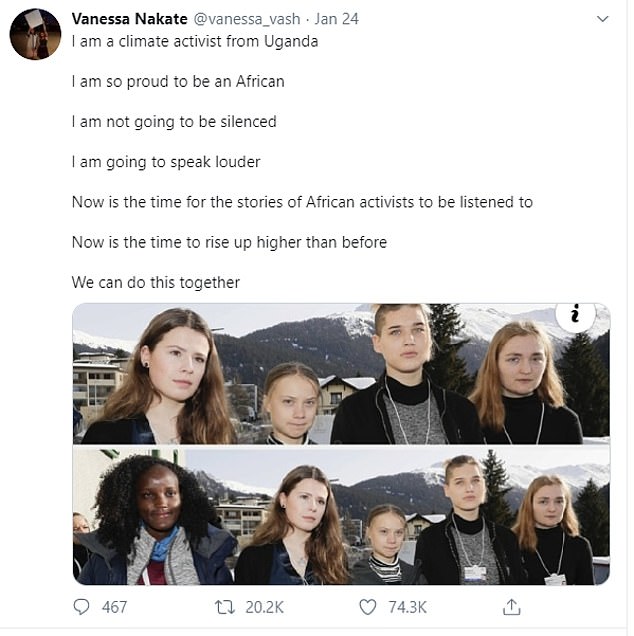 In a statement released on Friday, AP executive editor Sally Buzbee apologised for how the photo had been cropped.

‘We regret publishing a photo this morning that cropped out Ugandan climate activist Vanessa Nakate, the only person of color in the photo. As a news organization, we care deeply about accurately representing the world that we cover,’ Buzbee said.

‘We train our journalists to be sensitive to issues of inclusion and omission. We have spoken internally with our journalists and we will learn from this error in judgment,’ she added.

Ms Buzbee also reached out to the activist on Twitter to apologise.

However, while Ms Nakate initially accepted the apology, she has asked for further clarification on how the issue happened in the first place.

‘Everyone would like to know how such a mistake was made especially when you had more photos?’ she asked. 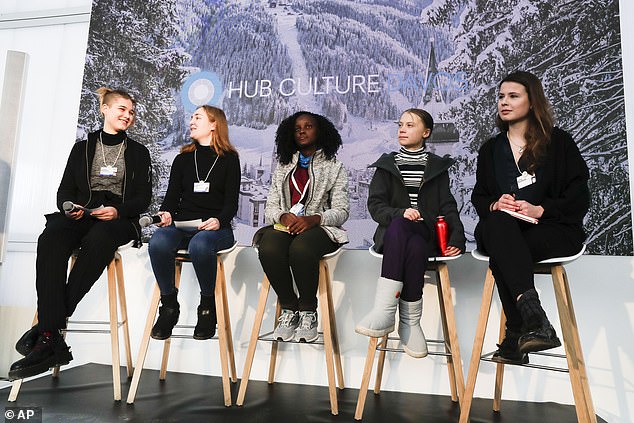 The AP article Nakate referred to now contains an image showing her and the other climate activists during a news conference, as well as another image of her surrounded by her Caucasian peers at one of the summit events.

The incident sparked outrage on Twitter, with some calling for the person who cropped the image to be seriously disciplined.

Nakate later wrote: ‘Everyone saying that I should position myself in the middle is wrong! Does an African activist have to stand in the middle just because of fear of being cropped out?’ 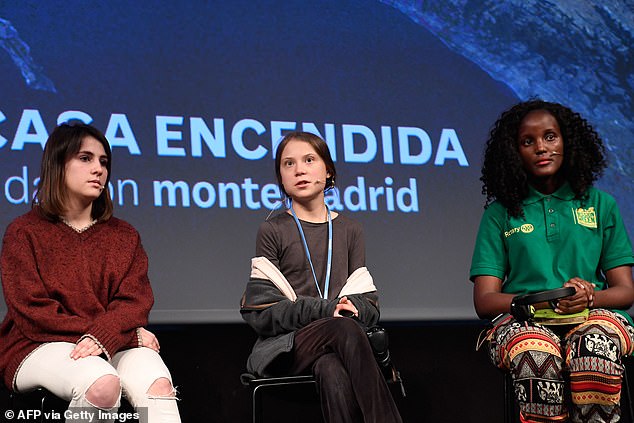 Vanessa Nakate, pictured at the climate conference with Greta Thunberg in the centre, and Shari Crespi on the left, said cropping her out was an act of racism